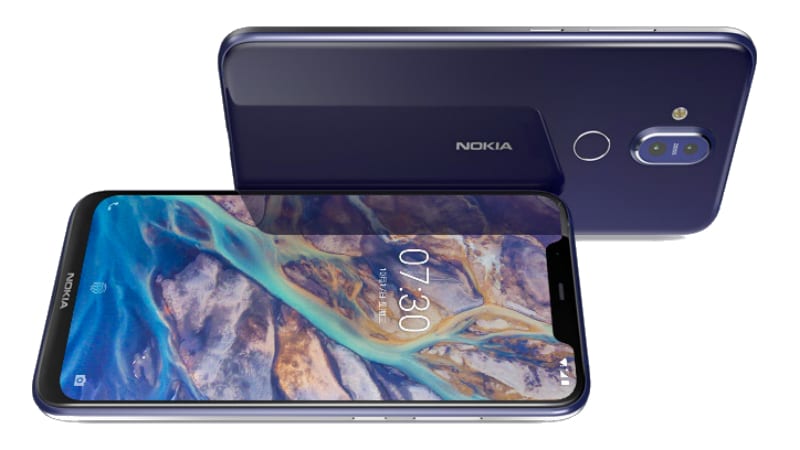 HMD Global, the Nokia brand licensee, has now sent out invites for an event on December 6 in India. The company is largely expected to launch the Nokia 8.1 – the anticipated global variant of the Nokia X7 in the country. It may also be called the Nokia 7.1 Plus, if the rumour mills are correct. The Nokia Mobile India Twitter handle has been teasing the launch of smartphones with the #ExpectMore hashtag, and the teasers have confirmed that one smartphone will sport a display notch for sure. The Nokia 7.1 may also make its way to the country. HMD Global is also expected to launch the Nokia 8.1 at an event in Dubai on December 5, alongside the Nokia 2.1 Plus and long anticipated Nokia 9. The event in India could launch the same devices in the country the very next day, and even the Nokia 7.1 is rumoured to launch alongside these phones.

HMD Global is also rumoured to launch the Nokia 8.1, Nokia 2.1 Plus, and the long anticipated Nokia 9 at its Dubai event a day before, and they could also be launched in India the next day. The Nokia 7.1 was launched in Europe last month, and its price ranges from EUR 299 (roughly Rs. 24,400) to EUR 349 (roughly Rs. 29,500), depending on the region. At the time of launch, the company had said that India pricing and availability will be announced later, and December 6 could be the event where all the details will go official.

Additionally, Nokia 2.1 Plus may also get unveiled at the event, likely to come with a notch as well. Meanwhile, the highly-awaited Nokia 9 should hopefully be also launched at the Dubai and India event. Earlier reports had suggested that the smartphone with a Penta-camera setup may not come with a display notch.

Based on recent reports, the Nokia 9 will run Android 9 Pie out-of-the-box and feature a 6.01-inch display along with a Gorilla Glass 5 protection. It is also rumoured to have a Qualcomm Snapdragon 845 SoC, coupled with up to 8GB of RAM and 256GB of inbuilt storage. There could be single and dual-SIM options and a 4,150mAh battery.

Of course, all of this is speculation at this point, and the company could launch a completely different device or only one of the above mentioned devices at the India event. We will be on ground zero to report on all the details. Stay tuned.