Breaking News
News Updates
2019-09-14
Loknath Das
Home
CAMERAS
Why Are There 3 Cameras On The iPhone 11 Pro? Here Are The Reasons For The Multiple Lenses 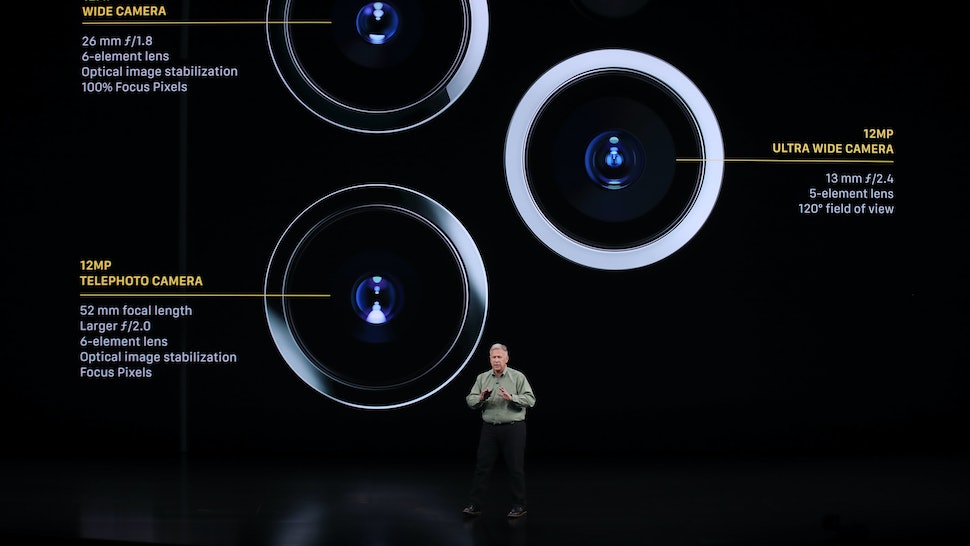 The iPhone 11 will be released toward the end of September, and it sounds like the new models are going to live up to all the hype. With a better battery life, brand new colors, and an improved processor, there’s a lot to look forward to. But the new feature that’s arguably made the biggest splash is the triple-camera feature — both the iPhone 11 Pro and iPhone 11 Pro Max have three cameras.

Obviously, they aren’t just there for decoration, so what’s the actual purpose of the three cameras on the iPhone 11 Pro and Pro Max? According to Apple, the triple-camera system will let you take professional-quality videos and pictures on your iPhone, and the company says it’s even more advanced than some high-end DSLR cameras.

Because the new iPhones have an ultra-wide lens, Apple says you can capture four times more scene when taking pictures. This is great news for landscape photographers and anyone who loves taking group pictures — you have the option of choosing 0.5x zoom and zooming out when taking a picture.

The new iPhones have an even better Portrait Mode than older iPhone models. Instead of just bringing your subject into focus, the iPhone 11 Portrait Mode produces pictures that look like they were taken by professionals thanks to advanced bokeh (the part of the picture that looks out-of-focus in a Portrait Mode shot) and depth control. Apple says the new Portrait Mode also works on pets and objects instead of just people.

One of the biggest drawbacks of older iPhone models is the drastic difference in quality if you’re shooting in a dark space. According to Apple, you’ll be able to take great pictures even if the sun isn’t out with the new iPhones. It’s added Night Mode for pictures in low lighting, and the difference is pretty astounding. It turns on automatically, and Apple says its new camera software and A13 Bionic processor are to credit for Night Mode. Basically, when you take a picture in low light, your iPhone 11 will take several pictures and align them to give you a great shot.

While the regular iPhone 11 has both an ultra-wide and wide-angle lens, it’s missing a telephoto camera — which is why the Pro models have much better zoom features. While the iPhone 11 has 5x digital zoom, the Pro has 10x digital zoom. That means that you can take a picture from a distance and still have it look good.

If you get a regular iPhone 11 instead of a Pro or Pro Max, you’ll still get to enjoy many of the new features like Night Mode and an improved Portrait Mode. And if you love taking pictures, especially landscape shots or portraits, the multiple cameras may make the iPhone 11 a smart choice for you. The photographs I’ve seen from Apple are seriously stunning, and it’s hard to believe they were taken with a smartphone.