The summer of 2020 brought wildfire to Portland, Ore., as it did to so many other cities across the world. All outdoor activity in my neighborhood ceased for weeks, yet staying indoors didn’t guarantee relief. The worst days left me woozy as my lone air purifier, whirring like a jet engine, failed to keep up. 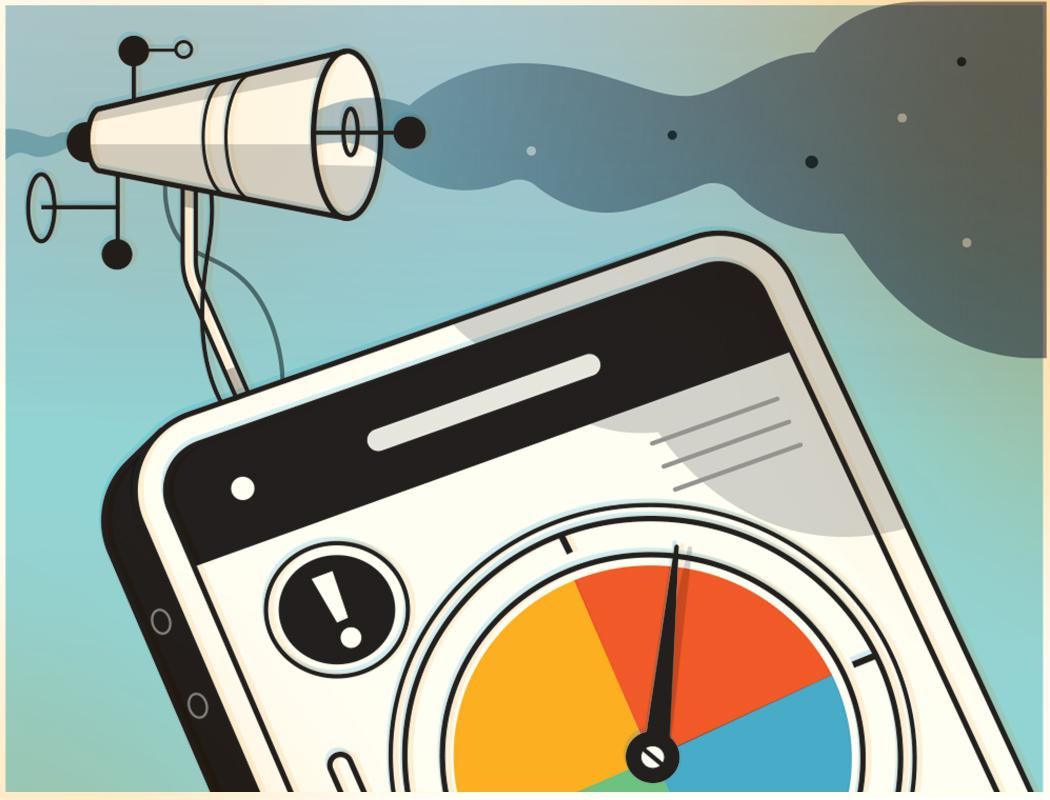 Obviously, the air in my home was bad. But I had no idea of how bad because, like most people, I had no way to measure it.

The monitor proved useful. I learned that cooking dinner can spike particulates into unhealthy territory for several hours, a sign that my oven vent is not working properly. The monitor also reported low levels of radon, proof that my home’s radon mitigation system is doing its job.

I had the monitor installed, working, and connected to the Airthings app less than 10 minutes after it arrived at my doorstep, in June. Reading the app was easy: It color-coded the results as good, fair, or poor. I have only one monitor, but the system can support multiple devices, making it possible to sniff out how air quality differs between rooms. You can also just move the device, though it needs time to update its readings.

Airthings’ monitor is unusual because it combines a radon sensor with other air-quality metrics, but it’s certainly not alone. Alternatives are available from IQAir, Kaiterra,and Temtop, among others, and they range in price from $80 to $300. These monitors don’t require permanent installation, so they’re suitable for renters as well as owners.

Of course, it’s not enough to detect air pollutants; you must also remove them. That problem is more difficult.

Air purifiers surged in popularity through the second half of 2020 in response to dual airborne threats of COVID-19 and wildfire smoke. Companies responded to this demand at 2021’s all-digital Consumer Electronics Show. LG led its presentation with personal air purifiers instead of televisions. Coway, Luft, and Scosche all showed new models, with Coway winning a CES Innovation Award for its new Design Flex purifiers.

Unfortunately, consumers newly educated on indoor air quality will be puzzled about which air purifier, if any, is appropriate. Purifiers vary widely in the pollutants they claim to clean and how they claim to clean them. Most models advertise a HEPA air filter, which promises a specific standard of efficiency based on its rating, but this is often combined with unproven UV light, ionization, and ozone technologies that vaguely claim to catch toxins and kill pathogens, even COVID-19. This is the wild, wild west of air purification.

It’s true that an activated carbon filter can remove volatile organic compounds and ozone from the air. There’s no common standard for efficiency, however, so shoppers must cross their fingers and hope for the best. Ionization, another popular feature, is no better. Studies suggest ionization can destroy viruses and bacteria in the air but, again, there’s no common standard.

In fact, ionization can itself create ozone. The state of California has banned such ozone generators entirely, but you’ll still find these products on Amazon and other retailers. Studies even suggest the ionization feature in some purifiers may interact with the air in unpredictable ways, adding new pollutants.

It’s vital that companies designing air purifiers police their products and work together on standards that make sense to consumers. 2021’s harsh fire season will keep demand high, but new, easy-to-use monitors like the Airthings View Plus will leave homeowners better informed about air quality—and ready to kick unproven purifiers to the curb.