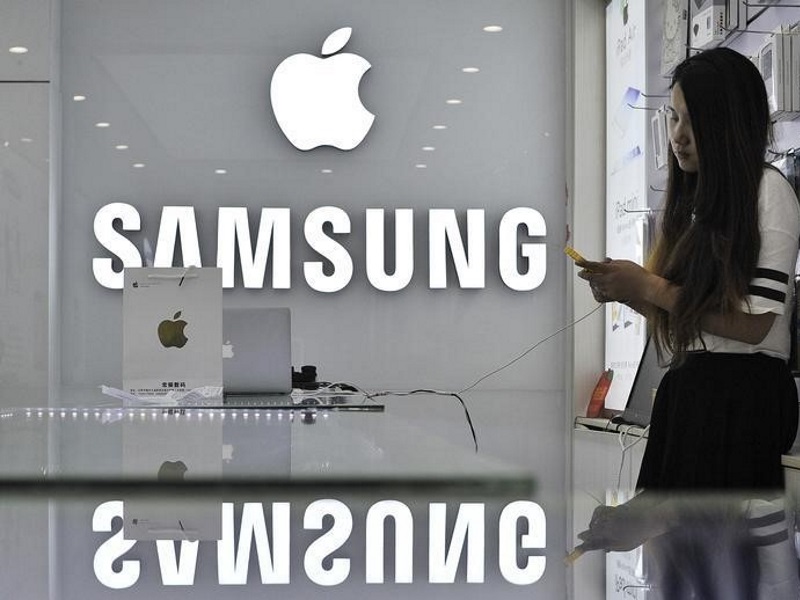 Apple on Tuesday had a new victory in a long-running patent lawsuit a court-ordered ban on older-model Samsung smartphones.

An injunction issued by US District Court Judge Lucy Koh in the heart of Silicon Valley was to take effect next month and targeted Samsung smartphones that were essentially no longer hawked in this country.

“We would like to reassure our millions of loyal customers that all of our flagship smartphones, which are used and loved by American consumers, will remain for sale and available for customer service support in the US,” Samsung said in a statement posted online.

“We are very disappointed that Apple has been granted an injunction on select Samsung legacy mobile phones.”

Koh’s ruling on Monday stemmed from a trial at which Samsung was found to have infringed on patented Apple technology for automatically correcting typed words and for sliding a finger across a scree to unlock a device.

Samsung devices targeted at the trial included an array of Galaxy, Stratosphere, Nexus and Admire models from prior generations.

The judge concluded that a permanent injunction was warranted because Apple would suffer “irreparable harm” if Samsung continued using the patent features at issue in the trial, and that money damages would not be sufficient compensation.

Koh also barred Samsung from sale or development in the US of software that would implement the features deemed to have been infringed on during the patent litigation.

“While this will not impact American consumers, it is another example of Apple abusing the judicial system to create bad legal precedent which can harm consumer choice for generations to come,” Samsung said.

Apple and Samsung have established themselves as “fierce competitors” in the smartphone market and this lawsuit, filed by the California-based iPhone maker in early 2012, is “but one action in a worldwide constellation of litigation” between the companies, Koh said in her ruling.