The preliminary stage of our public vote for the best phones of 2019 got intriguing, but in the end, five phones from the three main categories emerged. With nearly 70,000 votes across three categories for almost 60 phones, you picked those to compete in the final round.

Xiaomi vs. Samsung transcends into the affordable market as well. Many of you went for the Galaxy M20, which boasts a massive 5,000 mAh battery with 103h Endurance rating. And it has an ultrawide-angle lens on the back that complements the primary 13 MP camera. The 1080p screen is also a plus in this price range.

The Huawei Y9 Prime (2019) is the only other phone in the Top 5 to have a 1080p screen. The Y9 has the best camera setup of the bunch, starting with the only pop-up camera (16MP) sensor. On the back, there’s a 16MP main camera, an 8MP ultrawide and a 2MP depth sensor – it clearly has an edge over the Samsung. It also matches the M20 with two Cortex-A73 CPU cores, but is down on GPU performance. Note that this is the most expensive phone of the five. 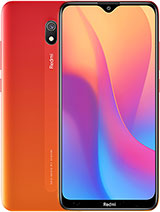 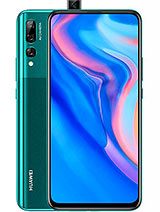 The Redmi 8A and Redmi 7 – representatives of two generations of Redmi phones. They keep the price tag as low as possible and are powered by large batteries (5,000mAh and 4,000mAh, respectively), but have to settle for 720p screens and single rear cameras. Well, the older Redmi 7 does have a 2MP depth sensor back there and its Snapdragon 632 chipset packs four large cores (Kryo 250 Gold), so it offers more performance.

The Samsung Galaxy A10 is closer to their price tag (and skills) than the M-phone. It uses a 720p screen and an Exynos 7884 chipset with two Cortex-A73 cores. Its 3,400mAh battery is the smallest of the 5 here, though.