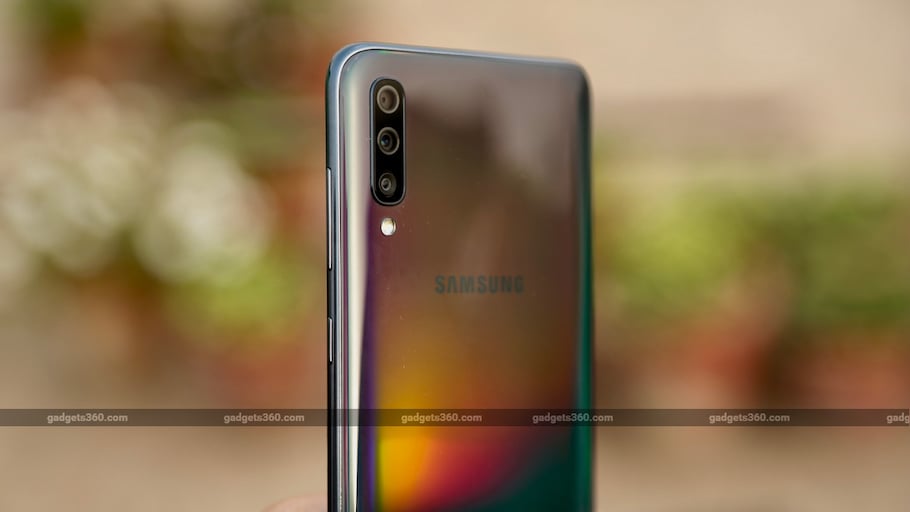 The Indian smartphone market is filled with an array of smartphone offerings in different price ranges. The influx of Chinese and Taiwanese smartphone makers in the recent times has left us spoilt for choice. There’s also a big problem of flagship smartphones getting more expensive every year, and that’s where the mid-range and the premium mid-range come into play, phones that cost anywhere between Rs. 25,000 and Rs. 30,000. Phones in this segment aim to offer solid specifications at a decent price, without burning big holes in our pockets.

A host of smartphones have been launched in India under the Rs. 30,000 price segment that offer impressive specifications, battery, and cameras. Select phones from Samsung, Asus, Xiaomi, Oppo, and Vivo have particularly impressed us, and we’ve listed our top picks under the Rs. 30,000 price segment. These haves have a minimum overall rating of 8 out of 10, and were released roughly in the last 12 months.

If you are on a tighter budget, do go through this list of best phones under Rs. 25,000 as well.

Samsung revamped its Galaxy A-series this year to introduce a slew of phones catering to different target audiences. The Samsung Galaxy A70 is one such offering that comes with a triple rear camera setup, a 32-megapixel selfie sensor, and a Snapdragon 675 SoC. It also has a really large 6.7-inch display, and a mammoth 4,500mAh battery inside.

In our review, we found the Samsung Galaxy A70 great for multimedia consumption and can handle day-to-day tasks without a stutter, even holding its own when it comes to demanding games. The device easily sails through a day of heavy usage, and 25W fast charging is certainly an added bonus. On the downside, the lack of a dedicated night mode and stabilisation might prove to be major red flags for photography enthusiasts.

Samsung Galaxy A70 price in India has been set at Rs. 28,990 for the lone 6GB RAM + 128GB storage model. The phone comes in Black, Blue, and White colour options. It is available in all retail stores, Samsung online shop, Samsung Opera House, and Flipkart.

The Vivo offering has a lot of big key selling points as well. It comes with a pop-up selfie camera module that integrates a massive 32-megapixel image sensor. At the back, the Vivo V15 Pro houses a triple camera setup, a fifth-generation in-display fingerprint sensor and a Snapdragon 675 AIE SoC.

In our review, we found that the Vivo V15 Pro offers capable cameras, good battery life, and an immersive screen. The only trade-offs are its Android skin, the old-fashioned Micro-USB port, and the lack of Widewine L1 certification.

The Samsung Galaxy A9 (2018) comes with four rear cameras with a setup featuring telephoto, ultra-wide, and depth sensors. There is also a 24-megapixel sensor at the front that supports a handful of beauty features as well as a software-backed Face Unlock functionality. Apart from the optics, the Galaxy A9 (2018) features a full-HD+ Infinity Display panel with an 18.5:9 aspect ratio and is powered by an octa-core Qualcomm Snapdragon 660 SoC. The smartphone also has up to 8GB of RAM and sports a 3D Glass curved back.

We discovered that this is a competent phone that delivers strong performance and looks good doing it. In our review, we found that the Galaxy A9 (2018) helps in making a big, bold style statement, and has decent camera skills, although we wouldn’t call this an absolute must-have for photographers.

Xiaomi introduced its new sub-brand Poco last year, and the first phone of the lot, the Poco F1 was an instant hit. The phone packs premium specifications, and is priced rather competitively in the market. The Poco F1 Armoured Edition was launched in India in December, and if your budget is around Rs. 30,000, the 8GB RAM variant should be on your consideration list. The phone packs a Snapdragon 845 SoC, a dual rear camera setup, and a large 4,000mAh battery.

We were quite impressed by the phone’s processor, battery life, and price point. We like the Kevlar back panel on the Armoured Edition, although we found in our review that the Poco F1 camera could do better in low-light.

Poco F1 Armoured Edition with 8GB RAM + 256GB Storage is priced at Rs. 29,990 in India. The phone comes in one Kevlar black panel finish only. It is available on Amazon and Flipkart both.

The Oppo R17 Pro was launched in India in December, and while the phone was originally launched for a hefty price tag of Rs. 45,990, it is now listed on Flipkart and Amazon for as low as Rs. 29,200. Amazon is not offering any exchange discount on this phone, but Flipkart is. Both the sites also have listed no-cost EMI options as well at the time of writing.

In our review, we discovered that the phone had a decent camera setup. Photos taken with the Oppo R17 Pro had good amounts of detail, even for objects that were at a distance. Macros and low-light photos had good detail, and the second sensor did help in creating a good depth effect as well. The R17 Pro also offers solid build quality, a flashy paint job, and an insanely fast charger.

The Asus ZenFone 5Z is packed with premium features such as a Qualcomm Snapdragon 845 SoC, up to 8GB of RAM, an 19:9 display, and dual rear cameras. It brings good competition to the market with impressive specifications, and aggressive pricing.

In our review, we found that the smartphone is a powerhouse, performs well, and has a few AI enhancements that are useful and make the overall experience better. The cameras also perform well in different lighting conditions.

The Asus ZenFone 5Z price in India starts at Rs. 29,999 and it is available on Flipkart.

In our review, we found the Nokia 8.1 last for a day of average use, performs well, and looks decent with respect to design.

The Nokia 8.1 6GB RAM/ 128GB storage variant was launched at Rs. 29,999 in India, but it is now available at Rs. 26,074 from Amazon.in in Blue and Iron colours. Nokia online shop and retail outlets across the country are also selling the model.

Now that the OnePlus 7 Pro has been launched in India, the OnePlus 6T is listed on Amazon India at reduced prices. Even though the price goes a little above the mentioned Rs. 30,000 price range, it is worth the consideration if you can shell out a few extra bucks. The phone comes with top-of the-line specifications like the Snapdragon 845 processor, dual rear camera setup, a 3,700mAh battery, and more.

In our review, we were quite impressed with the design, the big vibrant screen, and the all-day battery life. Although, it’s worth mentioning that the phone lacks wireless charging, an IP rating, or for that matter – a 3.5mm audio jack.