While Alienware and the G7 series have represented high-end and mid-spec machines; the G3 series is home to Dell’s most affordable gaming laptops. And, the latest addition to the pile is the Dell G3 15 (2019). The newest addition to the G3 family has been updated with 9th Gen Intel processing power and Nvidia GTX 16 series graphics.

The machine Dell sent us packed a 9th Gen Intel Core i7 processor and an Nvidia GTX 1650 graphics card. Apart from the upgraded hardware, the G3 15 also has a new design. With the new G3 15 (2019), Dell shows us that you don’t need to pay a super-high price, even entry-level can get you a gaming laptop that looks just as every bit premium as it performs. So, let’s take a detailed look at the Dell G3 15 (2019) and see how to fares.

The new G3 design takes quite a few of its cues from last-gen Alienware m15 machines. The latest addition to Dell G3 features plastic palm rests and roughened matte plastic outer lid. The lid features a gracious Dell logo, while blue accents also show up on the keyboard, touchpad and feet of the laptop. The Dell G3 15 weighs little under 2.5 kgs with dimensions similar to that of most gaming laptops with same specs. The design overall on the G3 15 gives it a bit of an edge, making it look more like a gaming laptop than last generation’s G3. Additionally, the power button on the G3 15 doubles as a fingerprint reader, while the 720p webcam will get the job done for simple video chats.

Dell has also managed to fit a full-sized backlit keyboard on the G3. The keys feature a nice actuation point, offering a nice bit of tactility while gaming. Typing is also a pleasant experience on the new G3, considering the keys are nicely spaced out and don’t seem squished. Overall, the keyboard on the new G3 is great for gaming and typing. 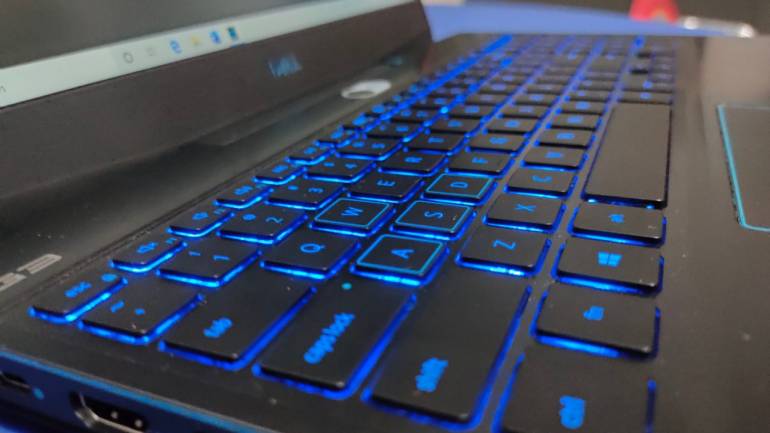 The Dell G3 15 (2019) also features a healthy assortment of I/O. There’s a USB Type-C port, an HDMI out, Ethernet port, headphone jack and USB 3.1 Type-A port on the left. One the right, you get a full-size SD card slot, a lock slot and two USB 2.0 Type-A ports. The new G3 offers more than enough ports to connect several accessories to the laptop, while gaming. 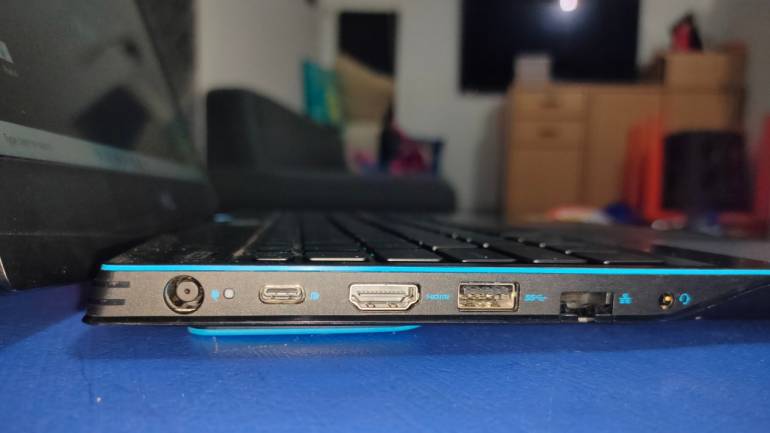 Dell new G3 gaming laptop features a 15.6-inch display with a 1080p resolution. The screen is supported by a single hinge and is surrounded by moderately sized bezels on either side. The new G3 also features a 144Hz refresh rate, which is excellent for an entry-level laptop. However, it covers under 70-per cent of the sRGB colour gamut, which is expected at this price but is still considerably low. 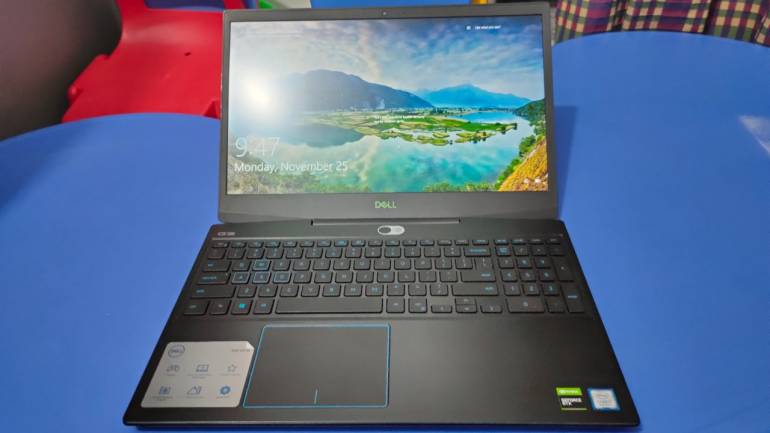 And, while the panel on the G3 features a slightly above-average peak brightness, it does fall short in terms of colour accuracy. We wouldn’t recommend the new G3 (2019) for work where colour accuracy is paramount. For an entry-level laptop, the display on the Dell G3 2019 is well calibrated out of the box.

Older E-sports titles like DOTA 2, Heroes of the Storm, Overwatch and Counter Strike: Global Offensive offered an average of over 70 fps with the settings maxed out. We’d recommend lowering the settings to “high” to take full advantage of the 144Hz screen. Battle Royale’s like PUBG, Fortnite and Apex Legends also performed well. Fortnite on high settings will get you an average of above 100 fps, while Apex Legends offers between 60 and 70 fps. 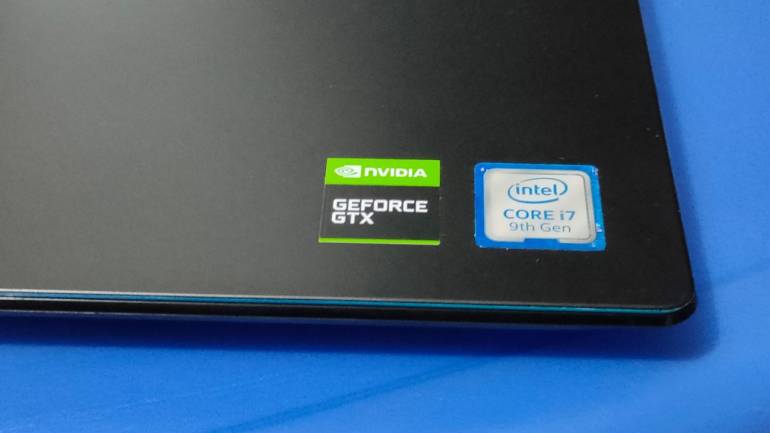 The new G3 is an excellent gaming laptop, which is more than capable of running AAA titles with decent frame rates. We tested Battlefield V, Darksiders III, and Star Wars Jedi: Fallen Order, getting between 40 to 60 fps on medium settings on all three titles.

One area where the Dell G3 15 does particularly well is cooling. The new design leaves a lot of room for cooling with vents on the sides and back of the machine as well as twin 50 mm fans and two heat pipes between them. The cooling system on the G3 is one of the best on an entry-level series. While we did notice a bit of throttling, it doesn’t have much effect on the overall gaming experience.

The fans on the new Dell G3 run no matter the task at hand. However, the G3 has an excellent speaker system. Audio quality on the integrated speakers is one of the best we’ve seen on an entry-level gaming laptop. And, while we’d recommend headphones for a better experience, the G3 offers impressive sound on maximum volume. 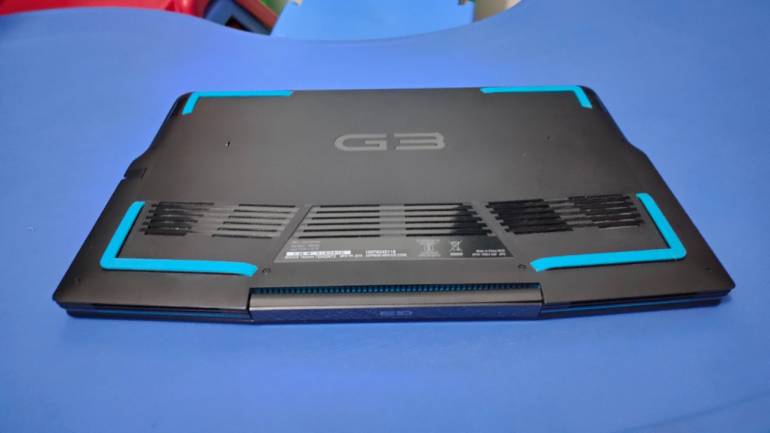 Dell’s latest entry-level gaming laptop packs a 51WHr battery that isn’t bad for a gaming laptop. In our battery tests, the new G3 fared quite well, almost reaching six hours in web browsing with 40-per cent screen brightness. When we multitasked between MS Word, Excel, and Chrome, the G3 offered little over five hours of battery life. Gaming on the battery is possible but will cause a severe dip in performance and deliver no more than one hour of playtime.

For an entry-level gaming laptop, the new G3 15 does come at somewhat of a hefty price. At Rs 90,000, the new Dell G3 15 falls on the expensive side GTX 1650 gaming laptops. And, while Dell also offers two other variants with 9th Gen Intel Core i5 processing hardware, their price-to-performance doesn’t really add up.

However, and this is one big “however”, the new Dell G3 15 scores above average in all categories. What Dell is offering in the new G3 is an overall package that may not be worth every penny in terms of pure performance but adopts a no-compromise approach in every area that matters. 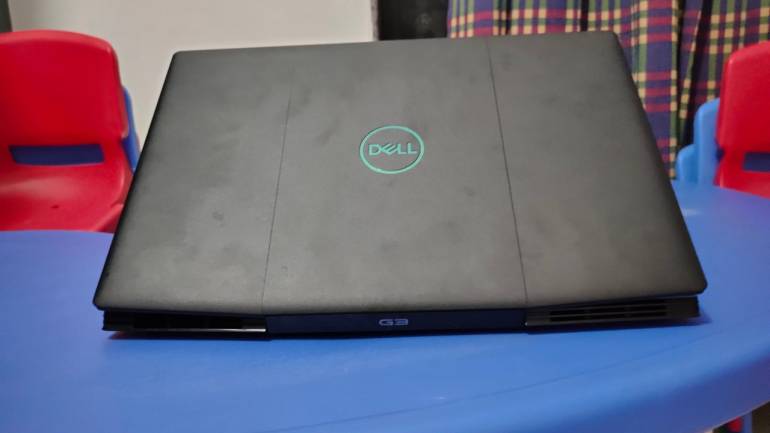 The display offers decent brightness levels while offering a 144Hz refresh rate that’s more than the average 120Hz found on most entry-level gaming laptops. The new design looks edgy, while there are plenty of ports for connecting multiple accessories and the keyboard strikes the right balance between gaming and typing. Moreover, the new cooling design ensures excellent performance. Lastly, the battery life on the new G3 is well-above the average of any gaming laptop, little alone an entry-level one.

The new Dell G3 15 may be a little more expensive than similarly specced laptops, but that’s only because it sets a much higher bar than most of its competition. So, in terms of our value test, the new G3 passes with flying colours.