Dell’s Inspiron series of laptops are meant for home and office use. While they may carry ‘Inspiron’ in their name, their design and aesthetics aren’t particularly inspiring, but I suppose that’s not a criterion when designing a reasonably-priced workhorse for daily use.

The Inspiron 15 5593 series device that I received for review is one of this crowd. The laptop is wrapped in that bland plastic and flimsy metal shell that most laptops in this class are wrapped in, and features a 15-inch FullHD display and a full size keyboard (which means there’s a numpad, which is perfect for filling up those oversize Excel sheets).

To be honest, the bland grey aesthetic doesn’t really bother me that much. This is a workhorse, the Premiere Padmini of the laptop world. It’s not meant to be glamorous, it’s just meant to work, and thankfully, it does. 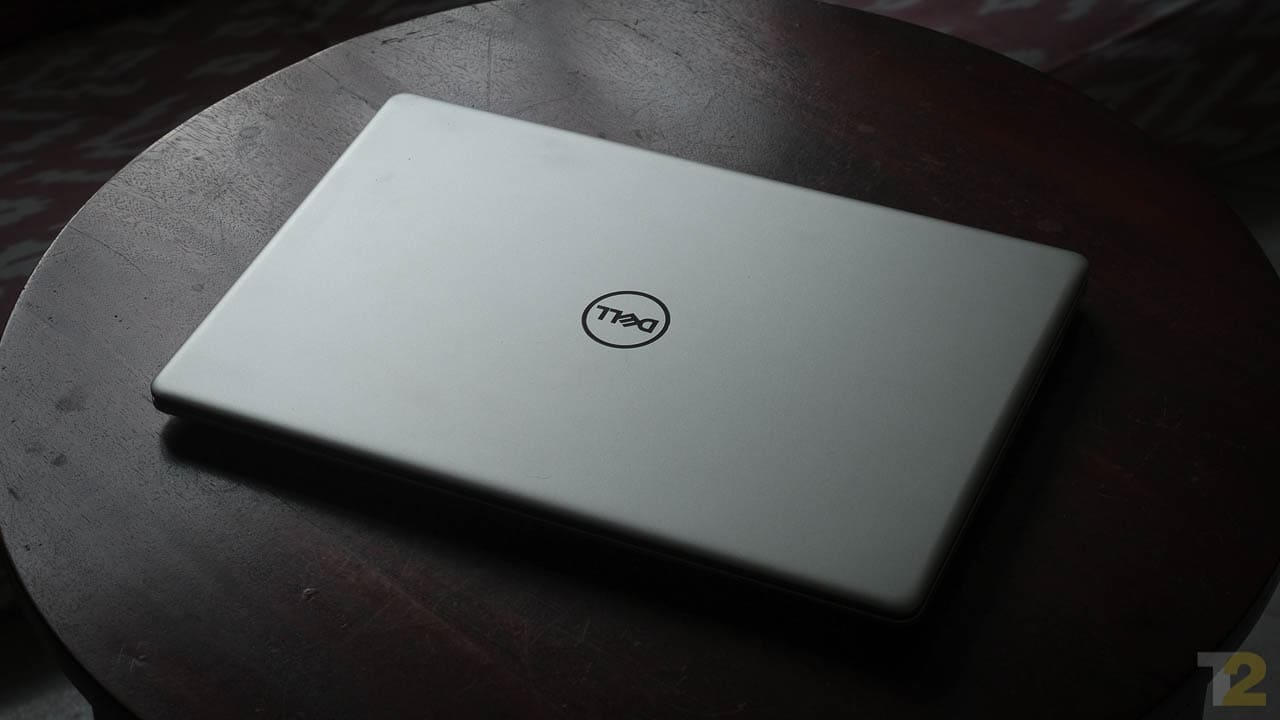 The bland grey aesthetic, and that plastic and flimsy metal build are par for the course as far as workhorses go.

Powering this device is a very capable 10th Gen Intel Core i7-1065G7 CPU that’s paired with 8 GB of RAM, a 512 GB SSD, and a 1 TB HDD. The eagle-eyed amongst you have hopefully noticed the G7 at the end of the CPU model number, which means this is of the newer, more powerful Ice Lake variety. Confusingly, this CPU is paired with an entry-level Nvidia MX230 GPY with 4 GB vRAM.

For those not in the know, Intel offers two 10th Gen CPU lines for laptops: Comet Lake and Ice Lake. Comet Lake is cheaper and is effectively the same chip as two-year old 8th Gen Intel chips. Ice Lake, on the other hand, is a whole new beast. It features a far more powerful integrated graphic chip (named Iris Plus), some beefed up AI processing power, and it’s manufactured on a more efficient 10 nm process, which should, in theory, also translate to better battery life. Coming back to the GPU, the Iris Plus graphics is a significant upgrade over what Intel has offered thus far. It’s so powerful, in fact, that it makes entry-level graphics cards, such as the Nvidia MX230, completely redundant.

The MX230 isn’t capable of much more than entry-level gaming and accelerating regular Windows work, tasks that the Iris Plus graphics on the i7 can also manage very well.

In real-world usage, and I’ve used this laptop for several weeks now, there’s no noticeable performance difference between using integrated graphics and the MX230. If this was a Comet Lake CPU, I wouldn’t mind an MX230. Since it’s not, I don’t care.

If anything, the MX230 holds this laptop back, eating away at the power saving and battery life advantages inherent in using a 10th Gen Ice Lake-based CPU.

Allow me to demonstrate:

If you’re thinking PUBG, fuhgeddaboudit. The game can barely run at even 20 fps at the lowest settings. Hell, even CS: GO, that aging game from Valve that will likely never die, couldn’t run at anything more than about 25 fps on average with either the Nvidia or the Iris graphics. Basically, unless you’re playing Solitaire, you’re not going to be playing many games on this machine. 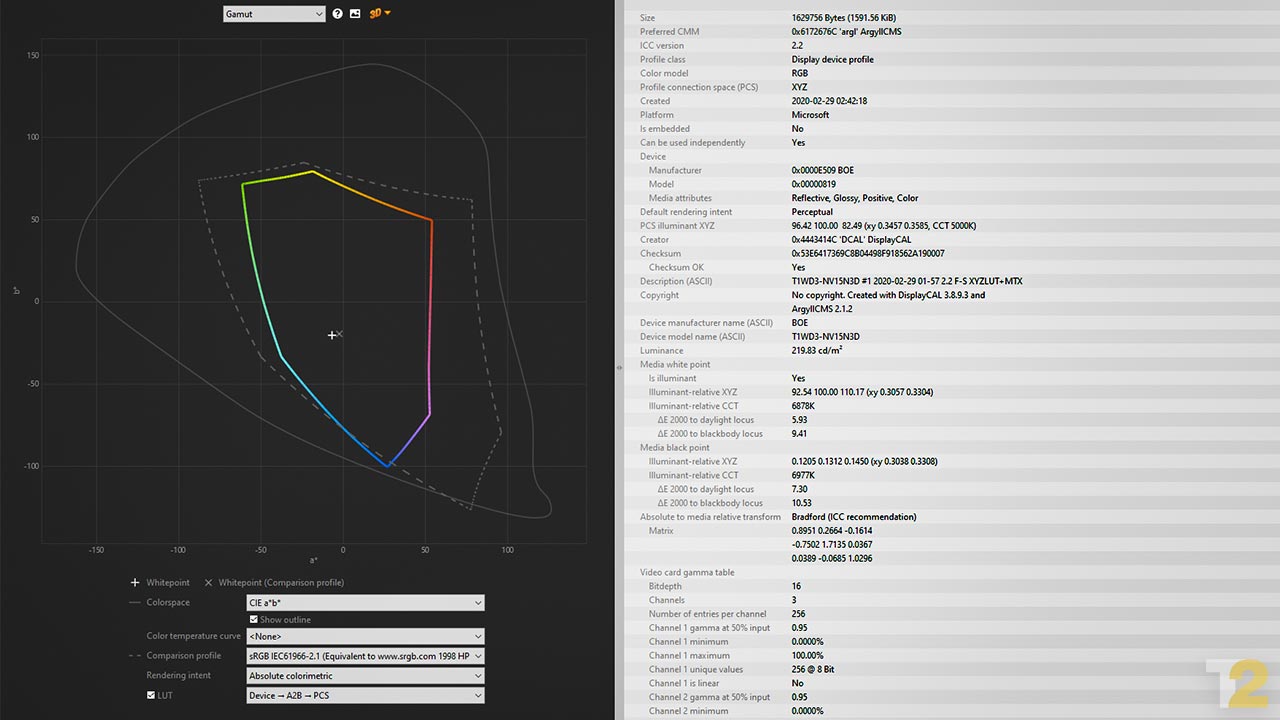 A measly 55% sRGB gamut coverage is unacceptable in a device that costs Rs 90,000.

Worse still, gaming with the Nvidia GPU enabled was torture. Frame-rate was already a problem, but it was the heat that made things worse. Nvidia’s MX230 easily got so hot when running CS: GO that it would start throttling. And I’m talking about throttling on one of the most low-power, entry-level GPUs you can think of. The throttling meant that there were massive lag spikes during gameplay, where one second I’m seeing a slideshow and the next, some barely playable FPS.

Switching exclusively to the Iris Plus graphics was a vast improvement. Frame-rates didn’t improve any that I could see, but at least there was no throttling and the game ran at a steady, if barely playable frame-rate.

Also, for the heck of it, here are the scores thrown up by Unigene Heaven (1600×900, moderate tessellation, no AA)

Exhibit B: Photo and video editing

Photoshop and Lightroom are CPU-intensive programs, and as such, I saw no difference in performance when using either program with and without the Nvidia GPU. 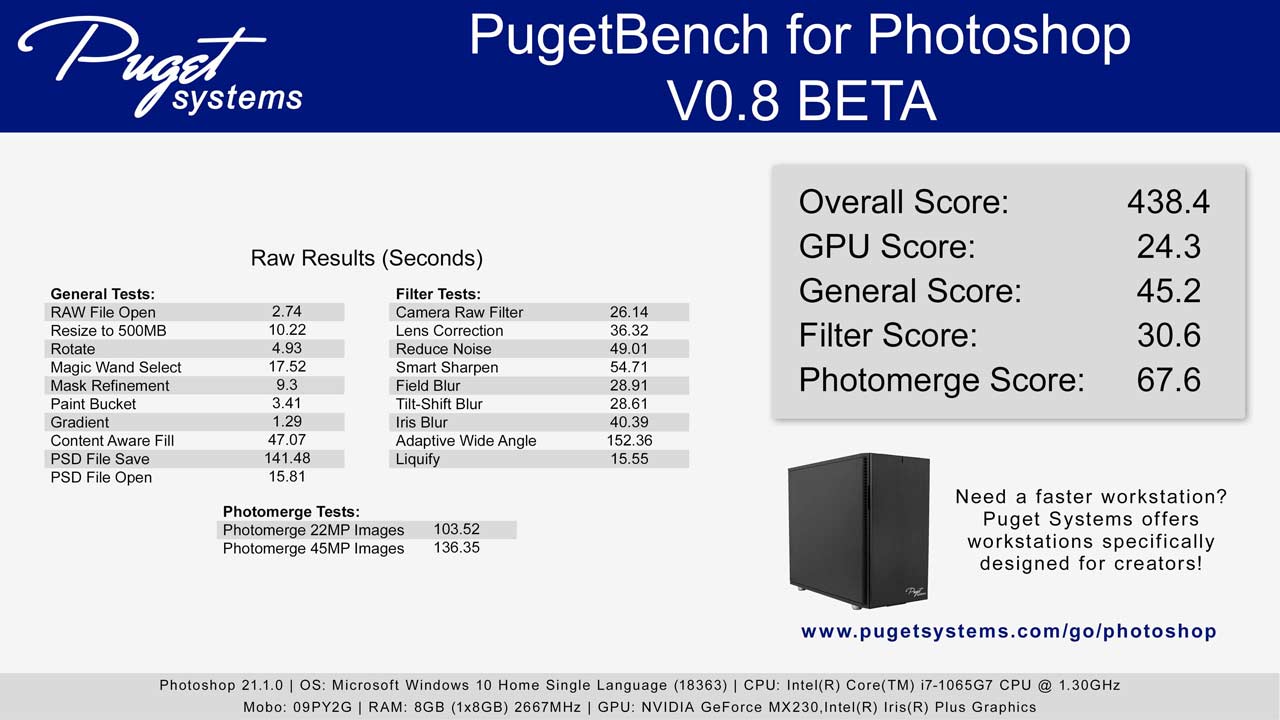 The laptop can manage mild photo editing and the emergency video edit.

When editing videos in Premiere Pro, the actual process of editing was acceptable. There were plenty of frame-drops on the timeline, and even mild effects, such as colour correction, resulted in a noticeable dip in performance. That being said, this is one place where the Nvidia GPU showed some potential, managing to get an H.264 export out in about half the time it took the Iris Plus graphics to do it.

Most laptops I’ve tested tend to give me 4-6 hrs of battery life based on my usage. This usually involves stuff I do at work: browsing the web, typing (a lot), managing multiple conversations on Slack and WhatsApp Web, and the occasional image edit in Photoshop.

Bottom line: The MX230 has no right to exist in this system, and I’ve no idea why Dell chose to put it in here.

If you’re still here and are still, for whatever reason, considering buying the laptop, here’s what you have to look forward to…

Oh, and there’s a fingerprint sensor that works maybe 80 percent of the time.

Sadly, given all the issues I’ve outlined with the configuration, there’s no way I can recommend this laptop.

This is a laptop that costs around 90k in this config, which seems like a waste when you can get a more efficient Dell XPS 13 or something from Lenovo’s stellar Yoga series for the same price.

I think Dell dropped the ball by not, at the very least, testing the configuration it was offering. The Nvidia MX230 GPU has no place alongside an Intel Ice Lake CPU. At worst, it hurts battery life, at best, it doesn’t make its presence felt.