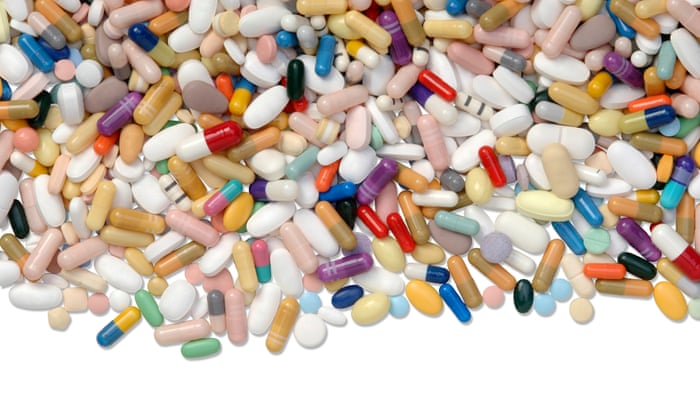 Since the introduction of antidepressants, ‘reported cases of depression in the US have increased a thousandfold’. Photograph: pixhook/Getty Images

In Prozac Diary (1998), Lauren Slater wrote powerfully of the way fluoxetine had transformed her previously chaotic life. While the author recorded a handful of negative side-effects – a profound loss of libido, for instance – the reader was left with the sense that Prozac had pieced back together the shards of Slater’s existence. In some ways, The Drugs That Changed Our Minds is a sequel to that book. Slater is now in her mid-50s, recently divorced, and on a cocktail of antidepressants. She’s “a consumer of polypsychopharmacy”, having taken fluoxetine, venlafaxine, olanzapine, aripiprazole, clonazepam, lisdexamfetamine “and probably one or two other tablets I’m forgetting because there are so many”.

The book weaves between Slater’s personal history and a wide-ranging narrative of the development of the psychopharmalogical industry, with each chapter following a new evolution in the antidepressant market. Where Prozac Diary was a (measured) celebration of the power of mood-altering drugs, the tone here is far more jaded. Slater has seen her mental and physical health eroded by the hedonic logic of pill-popping: she needs to take more and more with each passing year just to stay (more or less) sane.

Slater swallowed her first psychiatric drug – imipramine, for depression – at 19. “Now, 35 years and 12 drugs later, my kidneys are failing, I have diabetes, I am overweight and my memory is perforated. As the years close in on me, my lifetime now seems seriously foreshortened, not because of a psychiatric illness but because of the drugs I have taken to treat it.” Slater’s sex drive has been more or less permanently erased and – tragically for a writer – she found that Prozac stripped her of her creative impulse. “It was as if fluoxetine had dried up the well from which my deepest dreams and images sprang.”

This last point might account for one of the failings of The Drugs That Changed Our Minds: the uneven quality of the prose. When Slater takes us through the history of chlorpromazine and lithium, fluoxetine and Tofranil, the style is cogent and fluent, if occasionally a little dry. She’s very good on the extraordinary truth that lies at the heart of psychopharmacology – how very little we really know about the functioning of the human brain. The aetiology of these illnesses is still largely mysterious, the mechanics of treatment equally obscure. “There was, and still is, no real understanding of how and why our drugs work.” Slater charts the emergence of the market for antidepressants, and the horrifying greed and venality of both the drugs firms and the doctors in hock to them with clear-eyed precision. She notes wryly that there isn’t currently “an epidemic of pulmonary specialists touting drugs for profit”.

When the narrative rounds to her own experience, though, things are on shakier ground. Slater notes early on that she’s “compulsive by nature”. There’s something compulsive about her writing, too. First, the descriptive prose is often painfully overblown: every noun must have its accompanying adjective. It’s as if she fears the solitude of the unadorned word. So we have “gracious entryways where ancient corbels hold up cresting roofs”. We have watermelons that are described as “rotund”, then an enchilada stuffed with “rotund” beans. An early passage describing breaking into a mental hospital on an evening “redolent of roses” with a “periwinkle” sky is excruciating.

The problem is that there has been so much very good writing about mental illness, from William Styron’s Darkness Visible, to the extraordinary passages about depression and addiction in David Foster Wallace’s Infinite Jest, to Gwyneth Lewis’s luminous Sunbathing in the Rain. There are moments when Slater finds language that stands up to the brutal and complex subject matter. She writes of “the black ooze that was inside me”; “the night without a moon”; “the beautiful dirty place of warped angels and wrecked houses and off-key singing that is the sign of my mania”. More often, though, it is like reading someone doing an impression of good writing – baggy, diegetic and in thrall to its precursors without ever attaining their lyricism or lucidity.

There are also lengthy descriptions of the hallucinatory dreams that Slater endures as a result of her drugs. It was Henry James who said “Tell a dream, lose a reader”, and while the dreams are certainly vivid, there’s only so many times one can read a passage along the lines of “contorted dreams full of clowns with melting mouths and clouds rolling on the ground, the red scream of a siren, a swan in full flight, bones in a bag, the dagger of an icicle with a drop of water trembling at its tip”.

There are too few descriptions of the experiences of others and too much of Slater’s own life story, much of it either repetitive or otiose. Where Slater does give us Oliver Sacks-like case studies they are fascinating, particularly the experiences of two cancer patients experimenting with psilocybin and MDMA respectively. But they are too brief and the chapter ends with a bizarrely digressive passage in which Slater wonders whether MDMA might help her to build bridges with her ex-husband.

It’s a shame, because there is some compelling material here. We move from the brutality of early treatments for mental illness – “brews, tonics, leechings, electric current, ice baths and lithium waters… convulsions and comas and high-flying fevers” – to the early days of psychopharmacology, when the drugs must have seemed like little miracles. We see people suddenly freed from the prison of this terrible illness, who emerge blinkingly, then step back into something like normal lives. Within 20 years of chlorpromazine being synthesised, the population of mental hospitals in the US fell by 75%. The book is stuffed with extraordinary revelations – that 30% of the mentally ill do not respond to any treatment; that fluoxetine (Prozac) was approved by the FDA after only six to eight weeks of clinical trials and that there have been few studies on its long-term safety; that “reported incidences of depression in the United States increased a thousandfold since the introduction of antidepressants”.

In many ways this is a better book than Johann Hari’s very similar Lost Connections, published in January. Slater shares with Hari scepticism towards the 20th century’s antidepressants; they also both write illuminatingly on the therapeutic possibilities of psychedelic drugs like magic mushrooms, but Slater is better on the grotesque corruption of the pharmaceutical industry. Slater’s attempt to construct an overarching history of psychopharmacology stumbles partly because the development of one drug reads much like any other. More problematic, though, is that her central case study – herself – is neither interesting enough nor written about with sufficient eloquence to hold our attention.

If everyone who reads our reporting, who likes it, helps fund it, our future would be much more secure. For as little as £1, you can support the Guardian – and it only takes a minute. Thank you.