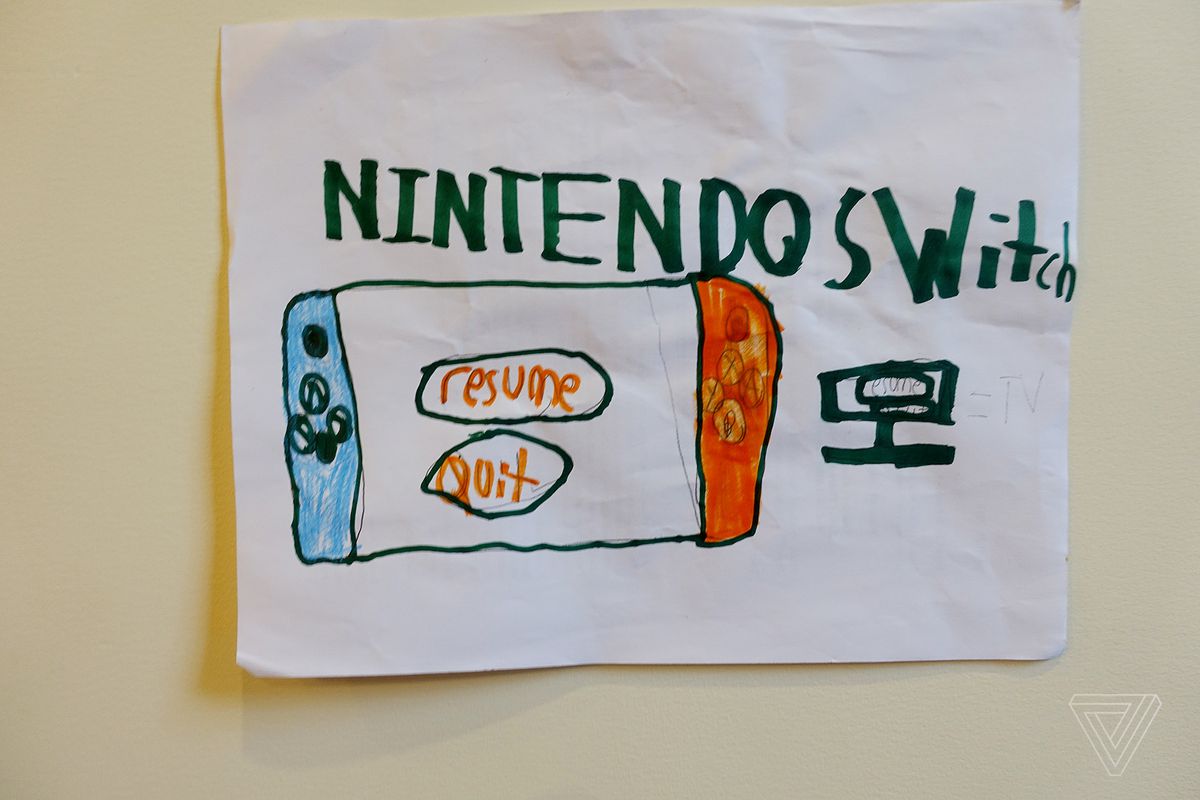 Editor’s note: Last week, Verge transportation editor Tamara Warren showed me a review of the Nintendo Switch by her eight-year-old son Benicio. Handwritten on ruled notebook paper, the critique showed gumption, vigor, and passion. As a craven and cynical editor, I was also struck by my good fortune: a Nintendo Switch review with custom art for nothing more than a box of popsicles. I simply couldn’t pass up the opportunity! So, I chomped on my Cuban cigar, spun on my fine leather swivel chair, pounded my mahogany desk, scribbled the page with absolutely vicious edits, and demanded a perfect revision by Wednesday. It’s my honor to now share the final draft. —Chris Plante

The Nintendo Switch is the new-and-improved game system for gamers like me. When I’ve gone over to my friends’ houses, I explored the Xbox, and PlayStation 3 and 4. But these game systems are nothing compared to the Nintendo Switch. My grandmother just bought me the game system this summer, because I got a good report card.

If you have an Xbox or a PlayStation, you can’t bring it on a trip with you. You have to leave it at home. But if you have a Switch, you can take it on the airplane. If you really want to finish something in your game, you can bring the Switch instead of leaving it at your house. The Nintendo Switch makes me happy, because I don’t have to wait to go home to play.

THE NINTENDO SWITCH MAKES ME HAPPY

You can use multiple controllers to play with your friends. I mostly play by myself, and sometimes I play with my friends or my parents. When I was on vacation, I played with my friend Evan and it was really cool to have competition. It was the first time I got to play with another kid. I can’t wait to play with my best friends Liam, Shrey, and Jackson when we all get back from summer vacation and have a sleepover.

My favorite part of the Nintendo Switch is the graphics. These graphics are the best graphics I’ve seen Nintendo make. They have really good-looking colors, and the ideas are presented in a clever way.

My favorite game is Mario Kart 8 Deluxe. Some stadiums represent where the characters come from, like Yoshi Falls. Sometimes, characters decorate the tracks they sponsor, like Wario Stadium. Mario Kart has many new game modes, surroundings, and characters like Metal Mario.

Inside Nintendo Switch games, there are so many choices. In Mario Kart, there are three Rainbow Roads that are used on different grand prix tracks. There are many obstacles, such as the Venus Fly Trap. The obstacles really challenge you to finish in the top three.

In the game Arms there are characters like Max Brass and Ribbon Girl. Max Brass is my favorite character. He has a lot of muscle, but he can even beat a guy who has more muscle than him, like Master Mummy, because he has a super strong double punch. He bounces his opponent’s head against his chest, and then he slams a hard hit into his face.

Arms lets you choose different modes. I prefer Party Match mode because it has mini games, such as Hoops. I like throwing the player I am playing against into the basketball hoop. When I play Arms, I feel energetic and start bouncing around the room and waving my controllers.

There are many more games besides Mario Kart and Arms, but these two are the ones that I want to talk about. I am hoping to get Zelda on my birthday in September. The games so far are appropriate for young gamers in the world, and they are more fun than shooting games.

I support Xbox and PlayStation, but the Nintendo Switch made me feel like I was inside the game. I also love the Switch because if your mother or father doesn’t like the TV being on all the time, you can take it to your room to play. One night I even stayed up till 11:30 at night playing in bed.