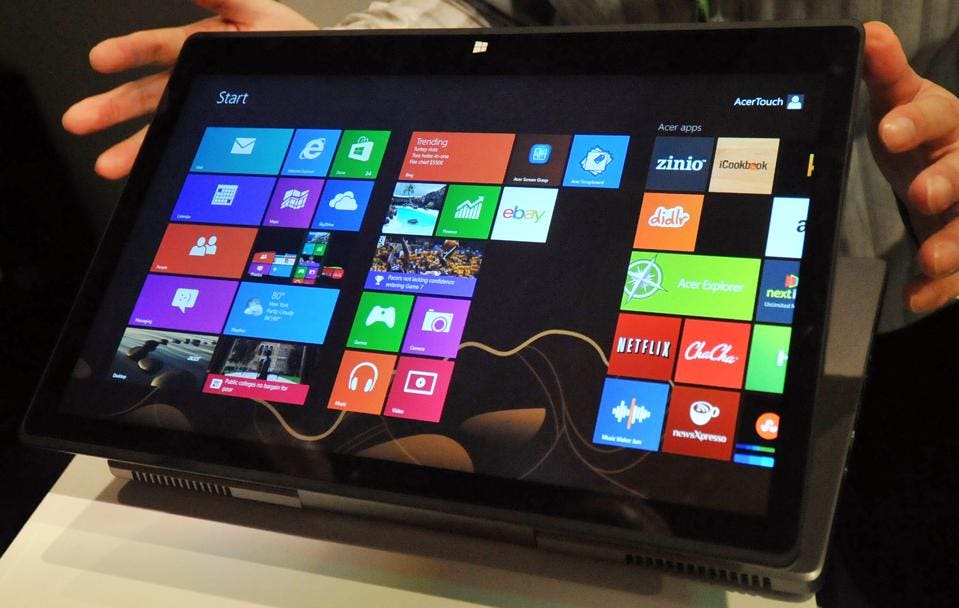 A new notebook by Taiwan’s Acer, called the Aspire R7, is displayed during a press conference ahead of the opening of the Computex trade fair in Taipei on June 3, 2013. (Mandy Cheng/AFP/Getty Images)

Shipments of tablet PCs saw a spurt of global sales growth in the final three months of last year. But while the pickup of 4.5% over the previous quarter gave a lift to big-brand vendors and their contractors, consumers are expected to delay replacing these devices this year and analysts say 2018 is already off to a slow start. Sales increased in late 2017 because of normal year-end holiday demand, a Taipei-based Market Intelligence & Consulting Institute researcher says.

Why the overall sloth? Some common consumers who like tablets have switched to larger smartphones, which are not that much smaller than a tiny tablet. Others are buying more tablets, but for niches such as education and entertainment. Slower mass market buying has cut out a lot of white-box brands that had thrived five years ago.

But the thinning-out of white-box brands has handed the tablet market to big household-name developers such as Acer and Apple.

Trends play out in Taiwan

Taiwanese manufacturers feel these trends because those firms make up a core part of the supply chain.Assemblers Foxconn Technology and Pegatron, for example, are based on the island that’s been a world tech hardware hub for 50 years. Foxconn exported 43% of detachable tablets worldwide in the final three months of 2017 and 25% of slate tablets, leading all other companies, market research firm IDC’s data show. Pegatron was No. 2 in detachable tablets with a 19% world share.

More on Forbes: Taiwan Is At The Center Of Asia’s Economy, But On The Margins Of Its Meetings

Taiwanese firms that make tablets or parts, usually for other brands, will keep up their work but without the vigor of five years ago, experts believe. “Over the years, vendors and manufacturers in Taiwan…are not so keen on tablets as before,” says Market Intelligence & Consulting Institute analyst Sagitta Pan.

Tablet shipments came to 163.5 million in 2017, down 6.5% over 2016, IDC says. Shipments from Taiwan alone had fallen from a historic high of about 35 million units in the fourth quarter of 2012 to less than 25 million in late 2013 as orders went to lower-cost China, the Market Intelligence & Consulting Institute said then. Analysts did not give Taiwan-specific data for 2017.

Obscure tablet PC labels known as white-box brands commanded much of the market five years ago as prices went as low as $49. Since then the major companies, such as Apple and Google, have taken a more dominant lead, says Tseng Kou-han, notebook analyst with Taipei-based market research firm TrendForce. That consolidation doesn’t increase shipment volumes but pays more to developers that are still in the game – many backed by Taiwanese suppliers and assemblers. 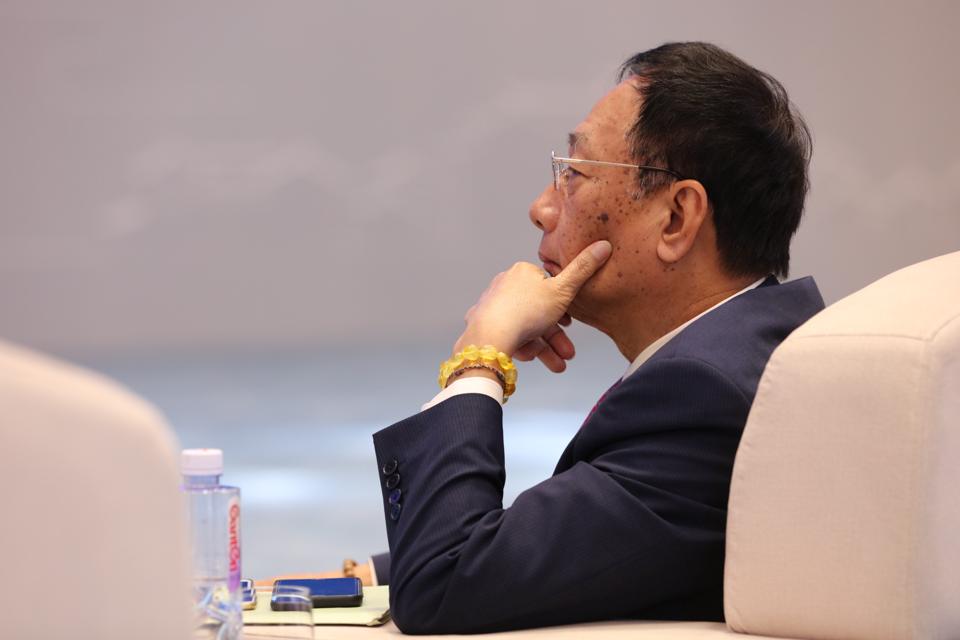 As evidence of a consolidation around bigger brands, analysts point to Google’s Chrome OS being used on new tablets, the Fire tablets by Amazon and Chinese developer Huawei’s effort to do more with the devices.

Quanta Computer of Taiwan helps Amazon, and Google is upping its investments in Taiwan including the purchase of 2,000 HTC staffers. Apple, Google and Huawei ranked among the world’s top tablet vendors in a late 2017 IDC survey, all posting more than double-digit growth in the third quarter.

While overall tablet sales to the world mass market may fall or flat-line, vendors making the tiny touch-screen PCs for education and entertainment should get more in return, Pan says. These two sectors have “space” for development, he believes.

Research reports such as this one by Gartner suggest that mass-market consumers began leaning in 2015 toward larger smartphones instead of tablets partly because the bigger handsets could serve as both device types. Consumers said tablets also had enough life by then that they could delay any replacements, the Gartner study found.

Apple’s new iPad for $329 with an electronic pen called the Apple Pencil is selling now to students and teachers, for example. Orders for Apple may raise tablet shipments globally by the second quarter this year, the TrendForce analyst says. Apple normally picks Taiwanese contractors such as Largan and Foxconn to help make devices.

Taiwan-based PC maker Acer’s “budget-friendly tablet” the Chromebook Tablet 10 for education stands to get some attention, Pan adds. The $329 device released last month has a resolution of 264 pixels per inch and pen input, an Acer publicist says.