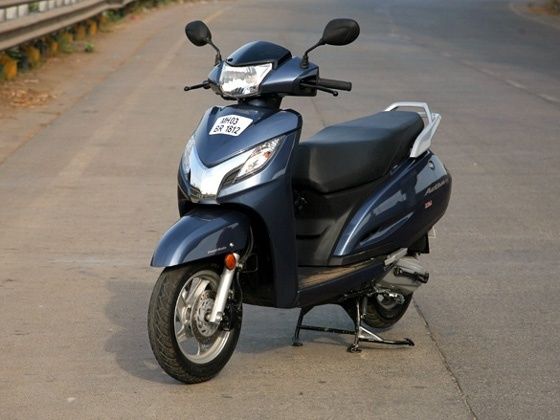 Honda 2 Wheelers today announced the continued success of its popular automatic scooter Activa, which has bagged the title for being country’s top selling scooter for the fifth time this fiscal in January 2016. Last month Honda sold a total of 210,123 units of the iconic automatic scooter Activa in India crossing the 2 lakh sales mark. This brings the Activa’s sales over four times bigger than the nearest competition, Hero Maestro, which recorded total sales of 48,000 units in January 2016.In its official statement, Honda 2 Wheelers mentioned that to meet the growing demand for the Active, the company is currently manufacturing the scooter is all four plants at Manesar Tapukara, Narsapuram, and Vithalapur. In fact it’s not just the Activa, but all the Honda scooter models are in the top 10 selling scooter models in the month, says Yadvinder Singh Guleria, senior VP for sales & marketing at Honda Motorcycle & Scooter.

Commenting on this new milestone Gularia said, “For Honda, 2016 is a landmark year and the positive momentum will only grow further. Honda’s new 4th plant in Gujarat – its first scooter only factory has started commercial production in January 2016. This is a GAME CHANGER. The additional capacity will help us to spread ‘Scooterization’ even to the last mile network and serve our customers with speed. Parallely, this plant now allows us to optimize production of motorcycles with special focus on recent fun motorcycle launches viz. Livo, CB Shine SP and CB Hornet 160R.”

In terms of impact on industry, thanks to the growing sales of the Honda Activa, the Japanese two-wheeler giant was able to help the industry grow by 2 per cent points to 30% in April-January period of FY’2015-16. And this is just with Honda’s contribution of automatic scooters. In addition Honda 2 Wheelers saw some great success in the motorcycle segment as well with the newly launched Honda Live 110cc motorcycle and much more popular 125cc premium commuter CB Shine.