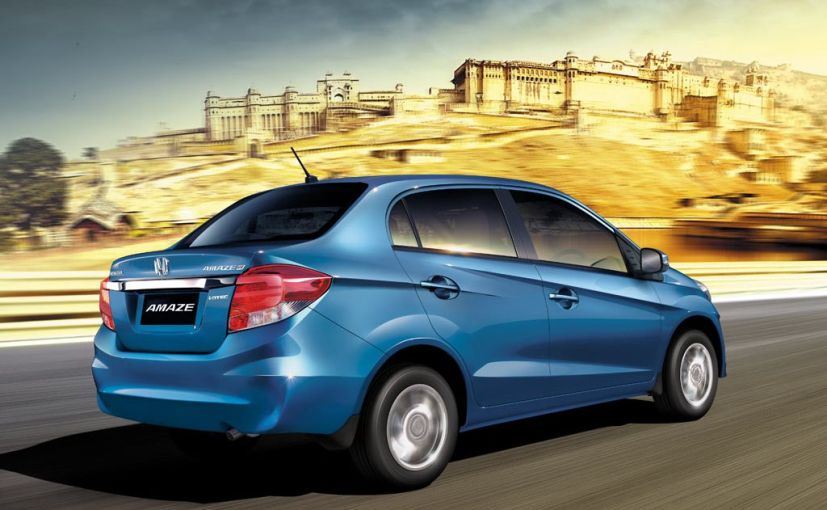 The new 2016 Honda Amaze facelift is all set to be launched in India on March 3. The car marks the first major facelift for the Amaze compact sedan in India and also the first launch for Honda Cars India in 2016. The new facelifted version comes with a few design and styling updates that adds a fresh look to the Amaze. Mechanically the new Honda Amaze remains unchanged, although the carmaker claims that the engines have been tuned to offer better fuel efficiency.

As mentioned earlier, the Honda Amaze facelift continue to be powered by the same 1.2-litre i-VTEC petrol engine and 1.5-litre i-DTEC diesel motor that does duty in the current model. While petrol version produced a maximum of 87bhp and 109Nm of peak torque, the oil burner churns out 99bhp and 200Nm of torque. The transmission duties will be handled by a 5-speed manual unit and an automatic gearbox.

The Honda Amaze was one of the first cars to start the trend of compact sedans in India. The car has received some minor tweaks over the years but, as mentioned earlier this is the first major facelift for the car. In terms design the new facelifted Honda Amaze looks more beefy and aggressive than the outgoing model. The front fascia now sports a new larger front bumper, which to be franks looks completely out of place, judging by the spy shots that came out earlier. The car also gets new restyled headlamps along with a new grille design that now comes with a large chrome slat at the centre. Moreover the Amaze facelift will also be offered in a new metallic blue shade, which is currently on offer with the Brio.

The side and rear profile of the Honda Amaze facelift largely remains unchanged apart from some minor tweaks and restyled tail lamps. The inside of the car has also been updated and it now features a redesigned dashboard that has been picked up from the Mobilio. There are new horizontal AC vents and a new centre console with piano black finish. Things that have been retained from the older cabin design are the gear lever, three-spoke steering wheel and standard black/beige interiors.

The difference in prices between the facelift and the outgoing model is expected to go up by 15,000 to 20,000. Upon its launch the new Honda Amaze facelift will continue to compete with the likes of Maruti Suzuki Swift Dzire, Ford Figo Aspire, Tata Zest, Hyundai Xcent and the upcoming compact sedan Volkswagen Ameo.