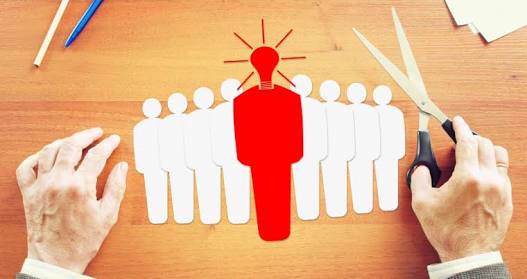 The other day, I posted a question on facebook asking people to define success. Someone said it’s happiness. Another commented winning is success. Some said being the best at what you do is success. All these answers didn’t sound very convincing to me. I was looking for something more comforting, something relatable.

When I was a young kid, I could never play cricket. I still can’t. I just can’t coordinate the bat with the ball. I was ridiculed and mocked plenty of times for not being able to play the so-called national game. I confess I did cry over it a few times.

My mother saw me crying and asked me,

Success is a very subjective term. Let’s take an example. While you were at the law school, probably scoring the highest grade was success. Maybe winning a moot, debate or getting a research paper published was success. As we graduated, getting a good job was success. Performing well at our job could be success too. Success could practically be anything. The bigger question is, how do you define success?

Imagine, how beautiful it would be to live like winning whenever you are playing. You could win multiple times and probably fail multiple times too. However, isn’t the very thought of winning ticklish? Who do you think could be a winner? Someone who takes a risk and performs or someone who doesn’t take a risk and still performs?

A friend of mine was not getting a job for a very long time. She happened to be extremely laid-back. She wanted results without putting in any effort. This was constant while she was job hunting. No effort and lack of knowledge was getting her no interviews. The ones she managed to get, she performed horribly in them. She was very disheartened for not being able to get through anywhere.  Although she wanted to be a corporate lawyer, she started considering litigation owing to her frustration.

I recommended her to start working on building her knowledge. I asked her to first take up a course on corporate law and give her 100% to it. If she managed to complete this course, she should consider herself successful. She took up the course. It was a pleasant change to see her work hard for something. Today, she is working at one of the best firms in the country. For her, her success meant that she could get herself to work hard to be where she is today.

Define Success for Yourself!

If you look at India’s history, many started by defining goals for themselves. Gandhi brought in a whole revolution by just picking up a pinch of salt. If an action as small as picking up salt from the seabed could change the history of an entire nation, imagine what setting up a goal for yourself could do.

Defining success may not be difficult. I meet a lot of people around me who are frustrated or fed up with their jobs. It is primarily because they don’t feel the sense of accomplishment. A very dear friend recently quit his job because he thought he was not up to the mark. The first step towards success is to take a step back. Analyse the circumstances, your situation. Stop being too harsh on yourself. It takes a lot to start believing in yourself. Once you learn to do that, success would be following you.

Barack Obama once said, “The real test is not whether you avoid this failure, because you won’t. It’s whether you let it harden or shame you into inaction, or whether you learn from it; whether you choose to persevere.” If you have ever read Rich Dad Poor Dad by Robert Kiyosaki, it gives a very simple mantra – The most successful people are the most rejected people in the world. If you have read about Abraham Lincoln, you will realize he failed a number of times before he became the President of the United States of America.

Success is overcoming this failure. It is accepting ourselves for who we are and learning from it to not repeat it ever again. If you are a practicing lawyer, chances are you might not be able to win a single case for the few years. Giving it your best shot is what defines you. If you learn from the mistakes, you won’t repeat them again. I had a chapter in my moral science class in primary school titled ‘Try Try Try Till You Succeed’, and I now understand the relevance of it.

What are you doing to succeed?

Just defining success or setting a goal for yourself is not enough. Your success is what you do to achieve that goal. It is striving towards that goal. Gandhi said, “means are more important than ends.” You need to start by introspecting, “Are you doing enough to achieve your goal?”

The thought of “what will make you succeed” should push you forward. Visualize it, think it through and live it. The road to success and failure is the same. Possibilities are that your plan might not work, but having a plan and acting upon it is success. The fear of failing won’t take over if you start believing that you have nothing to lose. Would you leave your toxic law firm job that gives you no time for yourself and move to a startup for a better quality of life? Maybe, maybe not. It’s a risk. The question is are you willing to take it?

Once you take risks, you will start learning on the go. When I was in college, I was restricted to what I thought was good for my CV. I was debating, writing research papers, maintaining a good CGPA. Was I content? No.

I decided that my success would be how much I can perfect my knowledge in the area of law I want to make my career. I took a risk of taking up an online course in order to gain domain knowledge. You can read about my journey of taking up an online course in my article titled: ‘Are Online Courses Worth It?’ After working hard for a year on the course, I realized that I have learnt what law school never taught me. I got an offer from a top-notch law firm and an MNC. Was taking the risk worth it? Yes, I believe it paid off.

This pushed me to take more risks in life, to believe in myself and to follow my passion. I quit my job at an MNC and joined the same company which made the course to pursue my passion for writing. Today, as I write for the entire legal community, and readers like you, I realize that the art of writing is also a giving of the very same course. That one risk of giving myself a year of virtual training has brought me closer to my passion.

After struggling through law school, feeling discontent with what I was doing for years, I now feel powerful, fearless, and most importantly prepared. I feel successful; and so can you.