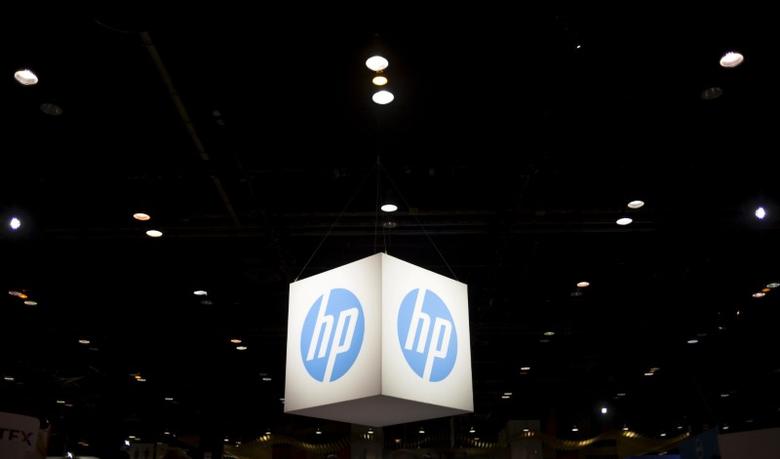 The Hewlett-Packard (HP) logo is seen as part of a display at the Microsoft Ignite technology conference in Chicago, Illinois, May 4, 2015. REUTERS/Jim Young/File Photo

HP Inc (HPQ.N) reported better-than-expected results in what its chief executive termed a “breakthrough” quarter as both its PC and printer businesses grew for the first time since 2010.

Shares of the company rose 3.6 percent to $19.7 after the bell on Wednesday.

Revenue from personal systems business, which makes notebooks, desktops and workstations, jumped 9.6 percent to $7.66 billion in the second quarter ended April 30. The business accounts for nearly two-thirds of the company’s total sales.

Worldwide shipments of PCs rose for the first time in five years in the first quarter of 2017, with HP taking the top spot, according to research firm IDC.

The PC market has benefited as more businesses replace or upgrade their older systems as part of their refresh cycle.

The company’s printer and copier business also posted its first rise in revenue since 2011, driven partly by strong demand for HP Sprocket, a handheld photo printer.

“It’s been a long time since we’ve been able to say that,” Chief Executive Officer Dion Weisler said on a post-earnings call, referring to the growth in its printing business.

However, the company warned about a “little bit of uncertainty” in the PC business for the next two quarter as the company struggles to raise prices on products sold to corporate customers.

Excluding items, the company earned 40 cents per share. Analysts were expecting adjusted earnings of 39 cents per share according to Thomson Reuters I/B/E/S.

Up to Wednesday’s close, shares of the Palo Alto, California-based company had risen 28.1 percent this year.

(Reporting by Aishwarya Venugopal in Bengaluru; Editing by Anil D’Silva)