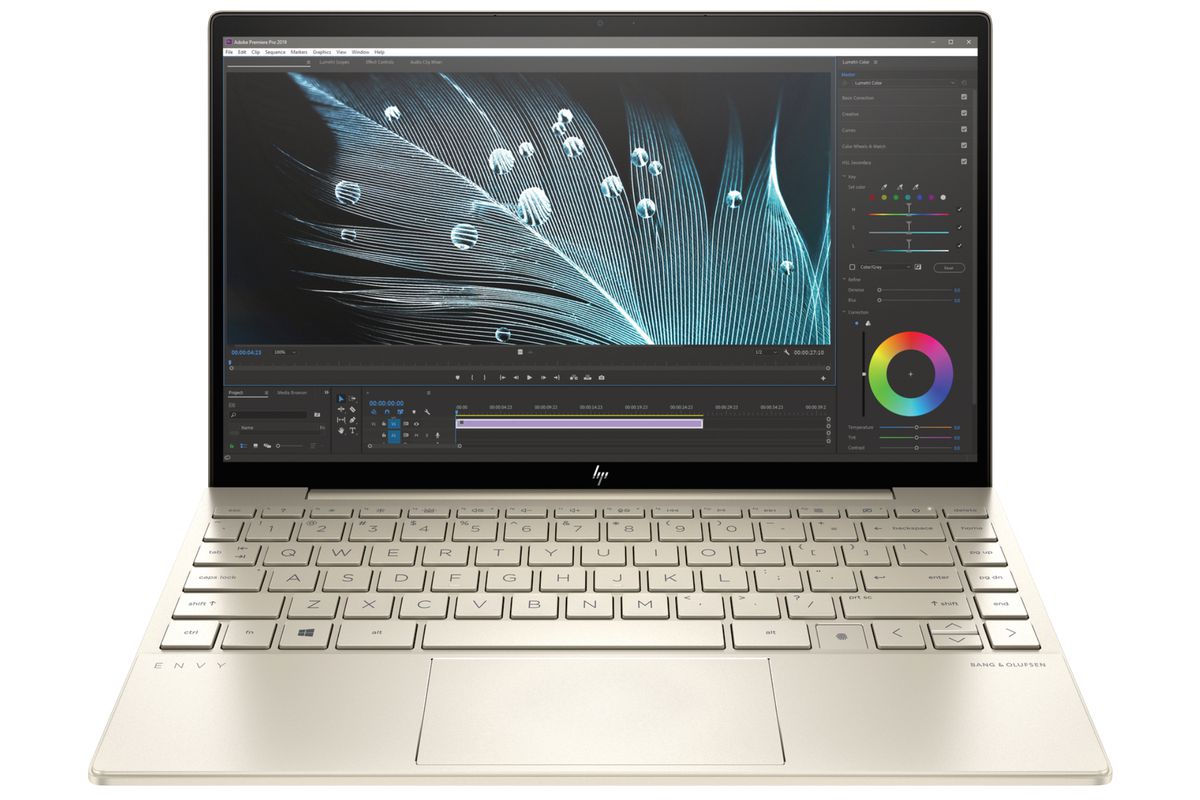 Today, HP announced several new laptops in its Envy lineup, adding affordable alternatives to the company’s more expensive Spectre lineup. This includes a redesigned 13-inch version of its Envy ultrabook, which is now equipped with Intel’s 10th Gen i7-1065G7 Ice Lake processor with Iris Plus graphics. The design improvements made to the Envy 13 echo similar changes made in late 2019 to the excellent Spectre x360, such as a smaller footprint, taking up less space on your desk with what appears to be little compromise with features.

Despite the decrease in size, the Envy 13 retains a 13.3-inch display in an 11-inch chassis. The keyboard and trackpad look similar to last year’s model. Expect this one to roll out in early May with a $999.99 starting price.

HP also retooled its Envy 15 laptop, which contains Intel’s latest 10th Gen i7-10750H processor and the Nvidia GeForce RTX 2060 Max-Q graphics chip. While bigger than the Envy 13, its new styling is just as appealing. The design is a little similar to the Razer Blade 15, with speaker grilles flanking the keyboard and a large trackpad sitting in the middle of the chassis.

This machine can be configured with a 4K HDR OLED display with 100 percent DCI-P3 color calibration. HP says that it has improved the thermal design to eke out more processing performance while you use intensive apps, such as graphically demanding gaming and processor-depending content creation. That said, given this model’s midrange Nvidia’s GeForce RTX 2060 graphic processor, don’t expect every game to run fluidly if you have every setting set to max. HP plans to release this machine in June, starting at $1,349.99.

Some of the more interesting changes come with the new Envy x360 13 and Envy x360 15 laptops. Of course, the biggest difference between these models and the standard Envy is their two-in-one functionality. Each laptop can bend all the way around into a tablet-like device, or you can arrange it to look like a tent, which makes watching movies more enjoyable. Both start at $699.99 and ship with CPUs from AMD’s 7nm Zen 2 series of processors. The 13-inch model has 8GB of RAM, a fast 512GB NVMe SSD, and AMD’s Ryzen 7 4700U. To meet the same starting price, the 15-inch machine has been equipped with half of that storage and AMD’s slower Ryzen 4500U processor. I doubt the difference in performance between the two will be night and day, but it’s worth considering if size or power is more important to you.

HP is also offering to equip its Envy x360 15 with Intel CPUs if you don’t mind paying more. For $849.99, you can get the 10th Gen Intel Core i7-1035G1 with Iris Plus graphics; you can also get a model with the faster Intel Core i7-1065G7. An HP spokesperson told The Verge it hasn’t yet nailed down a final price for this upgraded model, though the company expects it to cost less than $2,000.