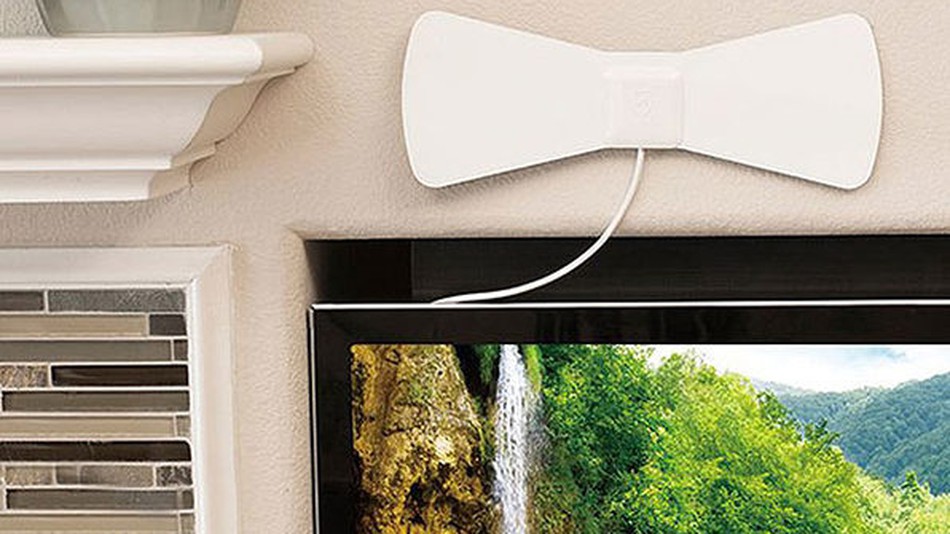 You know, for a box that’s main function is to beam moving pictures straight into our eyeballs, we fork out an awful lot of money for TV. But the steadfast rising costs of cable programming in recent years coaxed people to cut the cord in droves and pivot into streaming instead (which is also getting more and more expensive by the minute, FYI).

But if you’re one of those cable loyalists who would rather drop dead rather than let go of live programming (we get it, we love watching The Voice in real time, too), there’s a better alternative —HDTV antennas.

Luckily, you won’t have to pay a lot to get started, either. The ANTOP Paper Thin 30-Mile AT-105 Indoor HDTV Antenna is now on sale for over 50% off.

Housed in a sleek and compact package, this antenna is the opposite of standard options that are often large, bulky, and to be frank, a bit of an eyesore. Yet despite its considerably smaller structure, it still functions just as great, tapping into the free Over-To-Air (OTA) TV signals available in your area — up to 30 miles of range — and delivering them to you in glorious HD and 4K Ultra HD quality. Serving up channels like ABC, CBS, PBS, and more, having this installed would make you forget that you ever cut the cord in the first place.