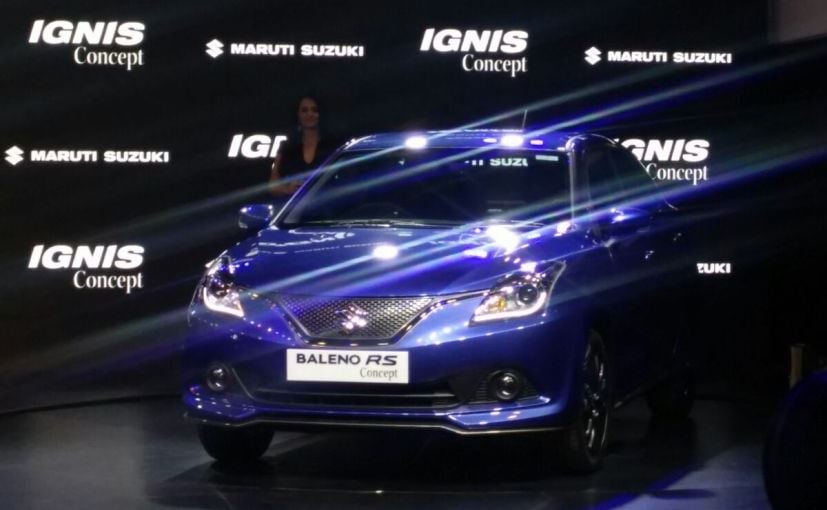 It was a day of world premieres for Maruti Suzuki when it showcased both the Vitara Brezza and the Baleno RS at the 2016 Auto Expo. The company had made it clear that it will be bringing the concept to life in India and will be launching it in the second half of this year; to be specific in October.

Of course we all know that the company has made India its production hub for the Baleno and with this decision, we’ll see a lot more cars following this trend. In fact the Baleno RS will make its European debut at the 2016 Geneva Motor Show and will go on sale soon.

Though Maruti Suzuki calls it a concept hatchback, we all know that what you are looking at is the production ready model and as we’ve told you earlier will come with a new black colour. The performance variant is powered by the 1.0-litre BoosterJet direct injection turbo petrol engine that is currently on sale Suzuki cars internationally. The Baleno RS will also mark Maruti Suzuki’s entry into the hot hatch segment which has been currently dominated by Fiat and Volkswagen.

The new 1.0-litre BoosterJet petrol enables the 3-pot unit to produce 112bhp and 175Nm of peak torque. The Maruti Baleno RS concept features a bold and aggressive design language as per the company, which adds aggression to the styling of the standard model. The overall silhouette of the Baleno RS remains the same as the standard Baleno but on the inside, we expect the variant to be a bit sporty.

While the basic look still reminds you of the standard Baleno, the additions definitely add a sporty and premium touch, thanks to the all-black interiors, minimal chrome inserts, front sports seats with cross stitched upholstery. The centre console retains the SmartPlay infotainment system with Apple CarPlay while the multi-function steering wheel from the standard could have been replaced with a flat-bottom unit. You also get aluminium finish pedals to complete the look.