2018 has been a great one for Xiaomi, and it looks like the Chinese smartphone manufacturer is working harder to make 2019 a much better year. Next year, Xiaomi is planning to launch a 48MP phone aka Redmi Pro 2, Redmi 7, Redmi 7 Pro, Redmi 7A, Mi A3 and several other devices. In 2018, Xiaomi has launched several smartphones this year, starting from the Redmi Note 5 series to the Redmi 6 series and the Redmi Note 6 Pro. And then there was Mi A2 which received great response too. Looks like, Xiaomi isn’t done with 2018 as the company is all set to launch its last phone — Mi Play — at an event in China today. As of now there’s no word if this Xiaomi phone will hit the Indian shores or not.

Ahead of the launch, a lot has already been revealed about the Mi Play. Some rumours say it will be a gaming smartphone and target the consumers looking for a gaming specific phone at an affordable price tag. That being the case, Xiaomi with the Mi Play will definitely aim to take on the likes of Honor Play, which is also targeted to the same segment of consumers. With just two days to go for the launch, let’s talk about everything we know about the Xiaomi’s upcoming Mi Play phone.

Well, this is going to be the first phone from Xiaomi to come with such a notch. Previously we have seen Xiaomi bringing the tradition style notched phones like the Redmi 6 Pro and the Redmi Note 6 Pro, but now, with the Mi Play Xiaomi is moving a step forward. Teasers and some recently leaked real life pictures have shown that the upcoming Mi Play phone from Xiaomi will have a waterdrop notch on the top centre of the display which will equip the selfie camera. Like most other waterdrop/teardrop notch phones, we expect the earpiece and the sensors to be not visible from the outside. Well, it’ll be great to see how neatly Xiaomi pulls off the design.

Xiaomi has always been very skeptical that playing around with the design of its phones, but looks like with the Mi Play the company is trying its hands with the new gradient finish on the back side like the Realme 2 Pro. It seems design could be one of the key highlights of this Xiaomi phone and which is why Mi Play has been teased to come in several different colour tones. The Mi Play will reportedly come in 10 colour options including black, gold, rose gold, white, blue, red, pink, gray, silver and green.

Besides the pictures and teasers of the phone, almost all the key specs of the Mi Play have been leaked online. Rumours and leaks suggest that the Xiaomi Mi Play will come with a 5.84-inch full-HD+ display paired with screen resolution of 1080×2280 pixels and aspect ratio of 19:9. The real life pictures leaked of the Mi Play show that the phone will come with dual cameras on the back and include a single sensor on the front panel which will sit inside the tiny notch. The Mi Play is expected to sport a 12-megapxiel main sensor on the rear panel while on the front the phone is said to include an 8-megapixel sensor. The megapixel count of the secondary sensor on the back hasn’t been revealed yet. Right below the dual camera setup on the back will be the fingerprint sensor which will help in unlocking the phone with just a finger touch. 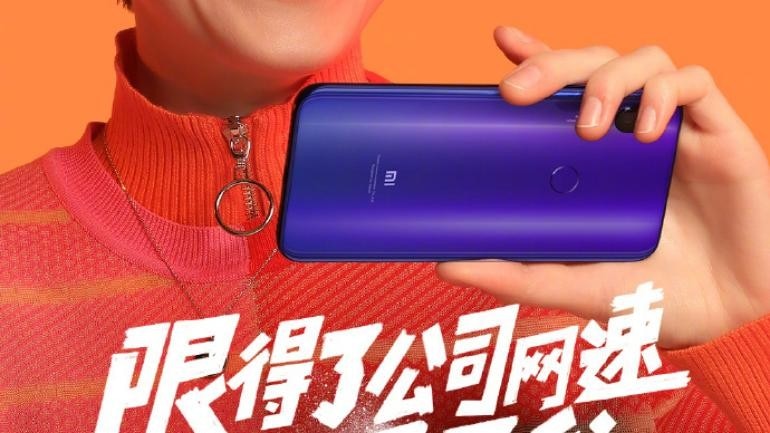