Breaking News
News Updates
2019-04-21
Loknath Das
Home
CAMERAS
There are probably cameras on your flight, but relax, they’re not on (yet) 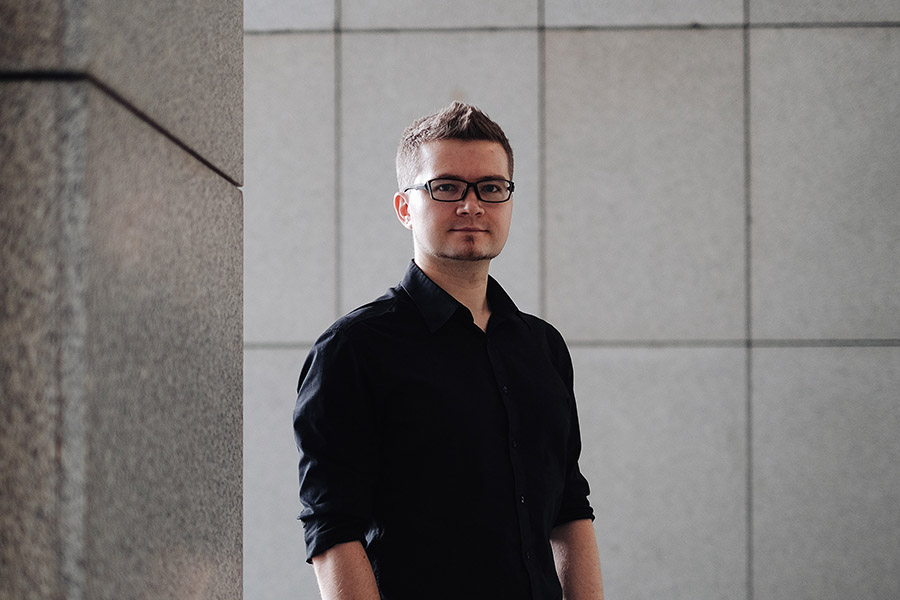 Vitaly Kamluk, a cybersecurity and malware expert, stirred attention on Twitter in February, including from two senators, after querying Singapore Airlines about what looked like a camera in the seat back.
Image: Rebecca Toh/The New York Times

Vitaly Kamluk, a cybersecurity and malware expert, was returning from vacation on Singapore Airlines in February when his wife noticed a small circle that looked like a camera lens along the lower edge of the video screen in the seat back.

“It really looked like a camera to me, but you can never be sure,” Kamluk said. So he took a photo of the circle and tweeted it to the airline.

He got a quick response from Singapore, which acknowledged that it was a camera but said it had been “disabled.” He also got plenty of attention on Twitter.

Now, two senators have asked eight U.S.-based airlines to respond in the next few weeks to questions about the cameras, including whether the airlines have used them “to monitor passengers” and whether passengers have been “informed of this practice.”

“I think it’s just outrageous,” said Sen. Jeff Merkley, D-Ore., who sent the letter along with Sen. John Kennedy, R-La. “I don’t want a camera staring at me, and I don’t think most passengers do.”

Of the carriers that received the letter, at least three do not have any kind of embedded seat-back screen. According to the Airline Passenger Experience Association, an airline trade group, the U.S. carriers that do have cameras have not made them operational.

The high-definition cameras and the microphones that go with them are part of a new generation of systems offered by Panasonic and Thales, the two biggest airline entertainment system manufacturers. David Bartlett, chief technology officer for Panasonic, said the devices allowed passengers to have the same kind of interactive technology in the sky that they use on the ground.

Bartlett gave a number of potential uses for the cameras, including seat-to-seat or seat-to-ground video chats, motion-activated control of movies, games and other options displayed on the screen and smart lighting that dims when the camera detects that the passenger is sleeping. Airlines, he said, could also create digitally branded frames so passengers could take selfies and share them on social media.

The entertainment system manufacturers are embedding the cameras across all their product lines, which means, according to Joe Leader, chief executive of the Airline Passenger Experience Association, that airlines had no choice but to install them. And though the cameras have been on airliners for several years, most passengers did not seem to notice them.

Of the reaction to Kamluk’s tweet, Leader said, “When people are surprised, it hits a nerve,” especially if they see a camera where they do not expect one.

Emirates, based in Dubai, seems to be one of the few airlines that have found a use for the camera installed on a portable tablet in its first-class suite. Using an app called Room Service, a passenger can talk to flight attendants.

After the tweet by Kamluk in February, the Airline Passenger Experience Association said its members were committed to obtaining “advance explicit customer permission” before using the cameras. In a statement, the association added that airline passengers were “typically tracked outside the aircraft dozens of times on a typical journey through stores, security, roadways and airports by cameras without any permission.”

The two senators, in a statement, said that Americans “have an expectation that they are monitored in airports as a necessary security measure.” But they added, “The notion that in-flight cameras may monitor passengers while they sleep, eat or have private conversations is troubling.”

Kamluk said he saw cybersecurity risks in the seat-back cameras and the microphones attached to them.

Merkley said he was concerned that airlines might misuse the cameras. Even before receiving airlines’ replies to his letter, he said he was unlikely to be convinced by the responses.

“I have paid a fair amount of attention to privacy issues,” he said. “They’re not going to convince me to trust them when there’s a camera and mic in front of me. I don’t want them there. It is a huge violation of trust.”