A lot has been revealed about the Realme X2 Pro already, right from key specifications to its India launch date. Over the past few weeks, Realme has been confirming some major features of the Realme X2 Pro such as its 90Hz display, 50W fast charging support and that it will be powered by a Snapdragon 855 Plus SoC. Realme has also confirmed that the flagship will launch in India in December. Ahead of its Europe and China launch on October 15, some live photos have now been spotted, revealing the entire design of the Realme X2 Pro.

Hands-on photos of the Realme X2 Pro have been posted on Weibo, showing the Realme X2 Pro in all its glory alongside the retail box. The images confirm a few key design-related features. Firstly, the Realme X2 Pro will get a waterdrop display to house the selfie camera in the dewdrop notch. Second, the phone will get a curved rear glass panel with a centered quad camera setup. 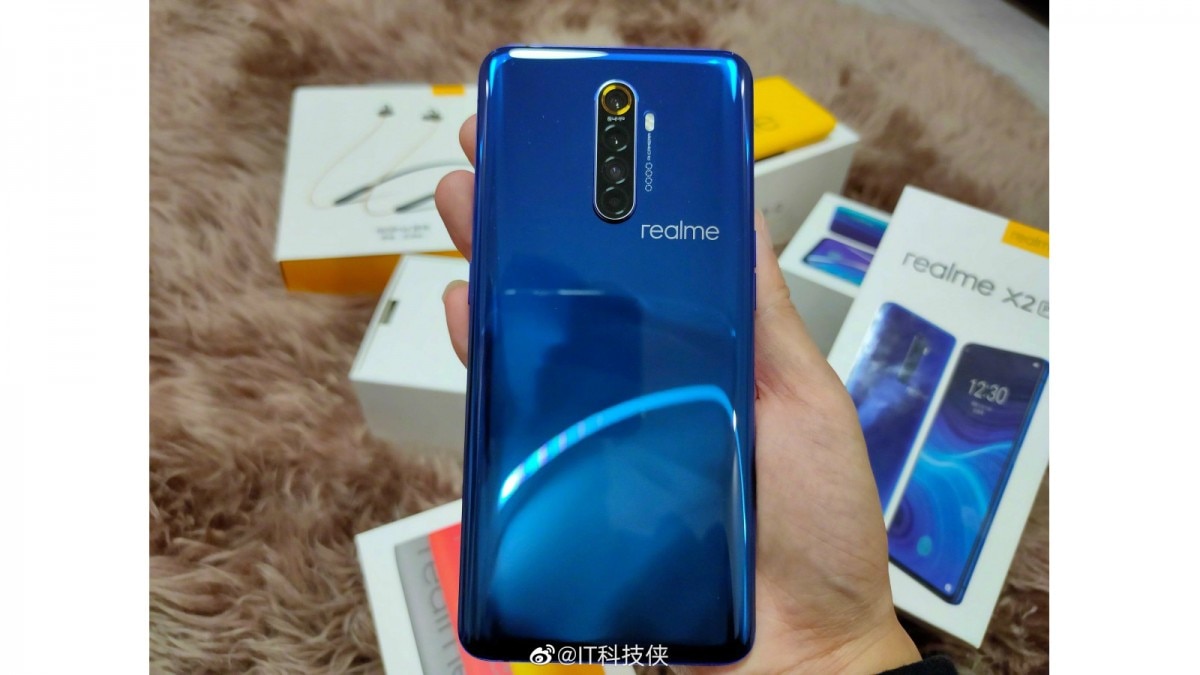 But what really strikes one after looking at the photos is the unusual placement of the Realme logo on the back. The logo is placed horizontally on the right just below the vertical quad camera setup. It certainly looks different compared to previous Realme phones where the logo typically sits on the bottom of the panel, vertically aligned with the camera module. We also believe the images to be true as the same unusual logo placement can be seen on a teaser posted by Realme CEO Madhav Sheth. Realme X2 Pro is an all-out flagship to take on the Redmi K20 Pro and OnePlus 7T. It is powered by a Snapdragon 855+ chipset and will feature a 90Hz display. Realme X2 Pro will also come with a 50W VOOC fast charging support, which is the fastest yet on a Realme device. The smartphone will also feature a 64MP quad camera setup like the Realme XT.

Realme X2 Pro is set to launch in Europe and China on October 15. The flagship will then make its way to India in December where it is expected to launch alongside the Realme XT 730G.