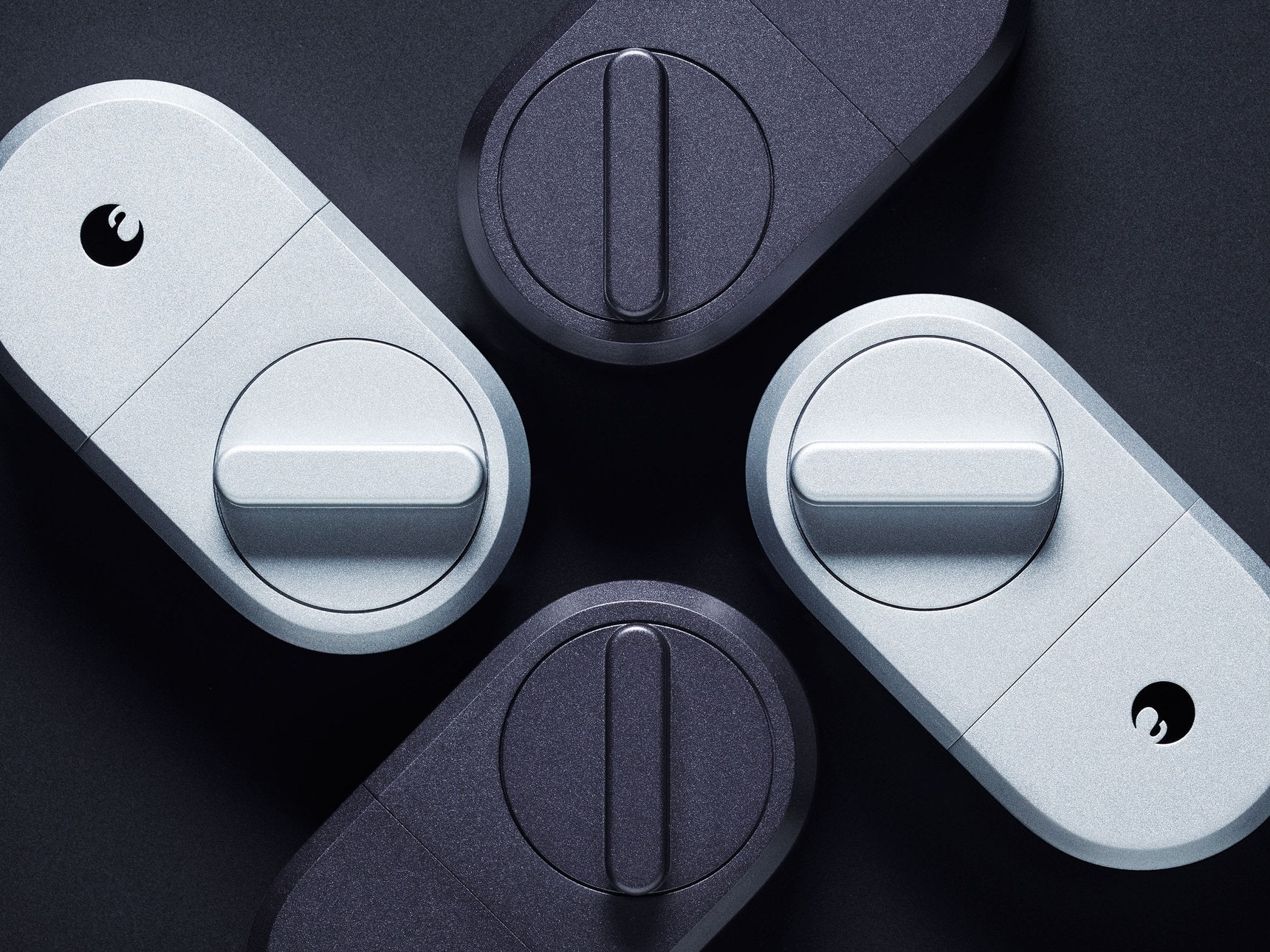 smart lock in 2014, it bested the competition by pairing high design and high tech in a way that other smarthome brands couldn’t. With its latest, third generation August Smart Lock, you get updated tech in a simpler, newly designed package. But the sales pitch hasn’t changed: With an August attached to your door, you can use your phone as your keys, text your best friend or delivery driver a digital key, and unlock your door automatically when you’re nearby.

This clean-sheet re-do isn’t the big, round knob you might associate with August. I think that the first locks wore their Yves Béhar-designed exteriors quite well. This new pill-shaped model is still made from high-quality aluminum, but it’s a little less striking than previous generations. Instead of the entire smart lock acting as the manual deadbolt switch, the new Smart Lock has a comparably petit lock on its face.

Like August’s other locks, this one supports things like automatic locking and unlocking. That said, they left out things like Z-Wave and HomeKit integration, but added in a feature called DoorSense. Using a secondary sensor, the Smart Lock can now tell if the door has been left ajar. If you want all of these features in a single box, the new August Smart Lock Proleaves nothing on the table, but it’s also almost twice the price.

Previous models of the August lock cost over $200, but this Smart Lock lowers the entry level to only $149. That makes it cheaper than most competing smart locks from Schlage, Kwikset, and Yale.

August has also made this lock compatible with a Wi-Fi bridge it calls August Connect, which lets you use the August app locally or remotely (it’s also the only way to get Alexa and HomeKit). Naturally, August’s lock integrates with the rest of its ecosystem, so you can add its Smart Keypad and Doorbell Cam to fully deck out your door. When used together, you can obsessively track guests who open the door with their digital key and even see photos of who’s been ringing your doorbell in one simple timeline inside the August app.

The manufacturer claims the Smart Lock takes just 10 minutes to install, and while I didn’t time it on a stopwatch, I was definitely impressed by the straightforward and painless process. For most people, installing an August lock will be well within their DIY skills, and the August app’s step-by-step video instructions helped enormously. I’m confident most homeowners and renters could pull this off no sweat.

The only negative thing I have to say is that the lock can be a little fussy. Because it relies on Bluetooth to connect with your smartphone, its geofencing is imperfect at best. More than a few times I arrived at my door only to find that the lock hadn’t found my phone yet, so auto unlock hadn’t occurred. It was frustrating to assume my door would be open when it wasn’t. Also, since you miss out on integration with other smarthome systems, this Smart Lock might function better as a standalone rather than a piece of a larger, unified home-monitoring system, at least until you’re willing to drop $79 on an August Connect.

If you’ve had your eye on a smart lock, the low price and easy installation make the August Smart Lock great. For busy homes with a lot of visitors, or even Airbnbs, August finally offers an intelligent replacement for the old spare key under the mat.