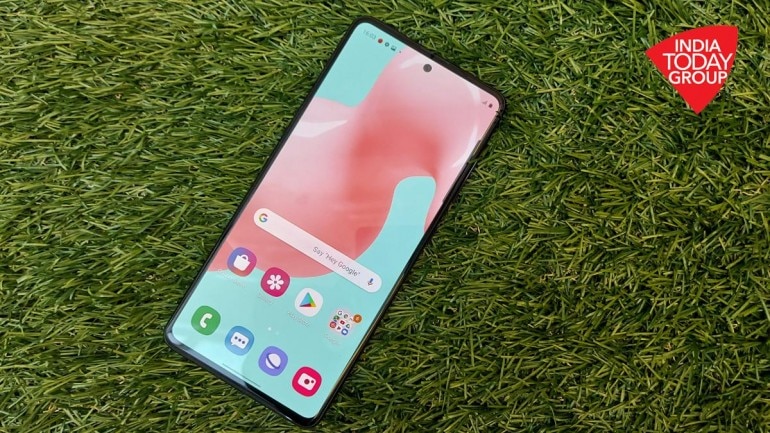 After a busy 2019, Samsung appears to have found its groove in 2020. The South Korean tech giant has already launched three new smartphones in the Indian market, with two of them coming in a price bracket that in the last few years had seemingly been ignored by the company.

Launched as Lite variants of its popular Galaxy S and Note series of smartphones, the two represent a new dawn for the company in many ways. Interestingly, the two also stand juxtaposed with Samsung’s third offering of the year, the Galaxy A51, which despite the company’s best efforts, stands the risk of being chalked off as just another case of old wine being packaged in a new bottle.

But should this be so? 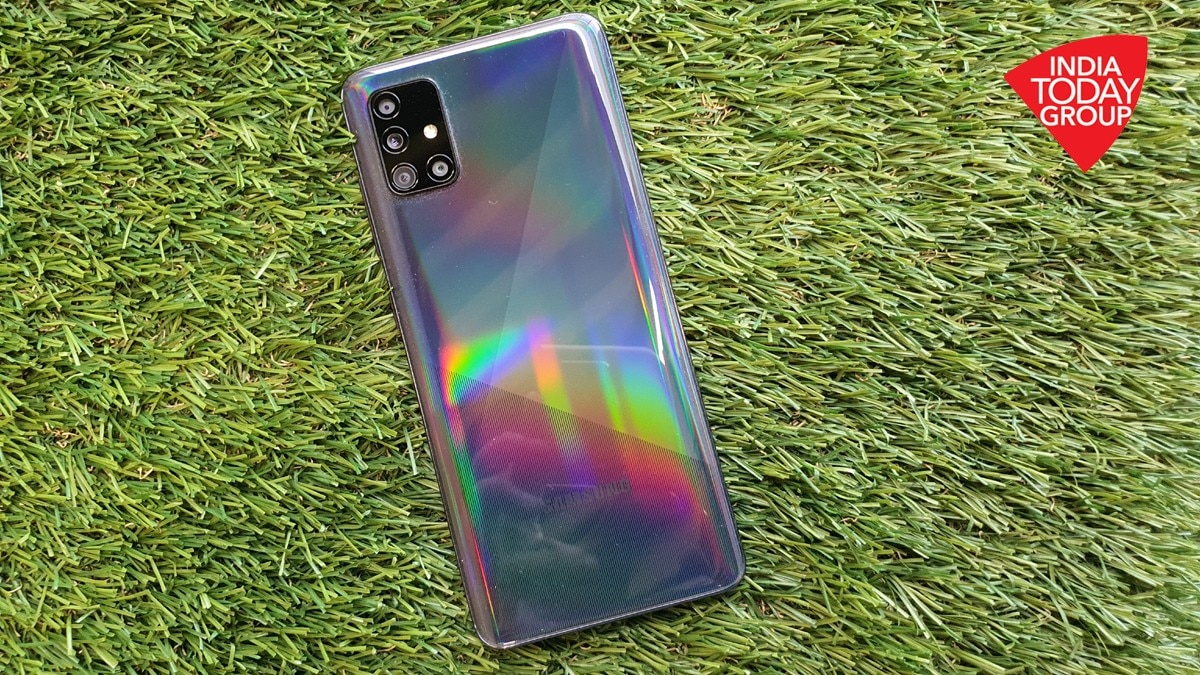 After all, the phone does bear a refreshed design and brings with itself some improvements in hardware and even the camera department. Yet, for those left unsure, we’ve had the device with us for a few days now, during which we’ve tested it to figure out if claims of the Galaxy A51 just being an iterational update over the Galaxy A50 from last year are indeed true.

Read on our review to find the answer.

Samsung Galaxy A51: Design and display

Being the successor of the Galaxy A50, the new A51 is bound to bear some similarities with the mid-segment phone from last year. And considering how popular the former was last year, it probably isn’t a bad thing either.

As such, the moment you lay your eyes on the A51, you are reminded of just how close the two are in terms of design. The gradient Glastic back panel, metallic frame and the overall form factor of the device do precious little to hide that the two phones have been cut using the same cloth. However, Samsung’s introduced enough mutations to the A51’s DNA to ensure that it looks fresh. For instance, while you still have a similar gradient pattern running through the back of the phone as we saw on the A50, on the A51 we now have a much broader camera housing which makes the phone look more in line with the times.

The new camera module makes the A51 look more premium than its predecessor, and paired with the Glastic back panel, help Samsung justify the Rs 23,999 price tag of the device. But that’s only when the glass-like back panel of the phone is kept smudge-free — a task far more difficult than we had imagined it to be.

As we found out during our time with the Galaxy A51, the back panel is a smudge magnet, which considerably affects how the device looks to the eye. The back panel merges into the metallic frame of the device, which houses the volume rocker and power button on its right, with the left side of the frame being left untouched except for a covered cutout for a dual SIM card tray that can also house a MicroSD card in a separate slot.

The only other blemishes on the frame are a Type C port, a 3.5mm jack and a speaker grille all placed at the bottom of the phone. The frame of the device also holds together the device’s display which is 6.5-inches in size and can churn out a maximum resolution of 1080×2400 pixels.

Samsung’s used an Infinity-O panel on the smartphone with an aspect ratio of 20:9. This particular decision makes it better suited to playing games and consuming other multimedia content on it. And this is something which we also found out during our review of the device.

The Widevine L1 supporting Super AMOLED panel with its punchy colours is a joy to stream content on, while games also look great on the panel because of its high colour accuracy. As compared to the A50 from last year, the viewing experience on the panel is also far more immersive because of it being a near-bezel less punch-hole panel.

The panel also houses an in-display sensor underneath it, which helps keep the design of the phone clean.

Overall, in terms of the aesthetics, the Galaxy A51 is a very solid mid-range offering, one which at least looks the part — if not an offering that’s from a higher segment of the market.

Samsung Galaxy A51: Performance and software

While the device overachieves with the design and its display, it’s strictly a mid-range smartphone when it comes to performance.

This essentially means that the Galaxy A51 does well at most tasks you throw at it. However, once it comes to playing heavy duty games for long hours, or even stress testing it using benchmarking tools, the phone does cede a little ground to more powerful smartphones in the market. 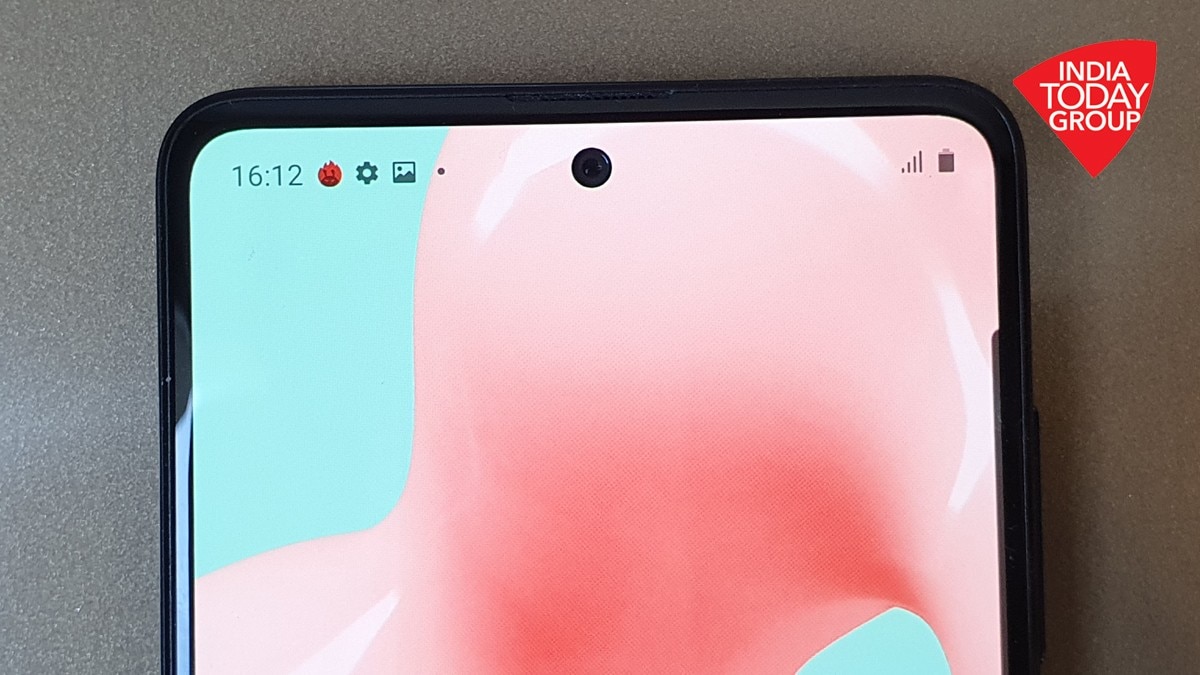 As such, the Galaxy A51 only managed to achieve an overall score of 158685 points on AnTuTu’s test, while the device managed a mediocre score of 301 points in the single-core test, and 1203 points in the multi-core test on Geekbench 5.

And this is essentially because of the core hardware that Samsung has decided to pack within the device’s sleek frame.

While on the one hand, Samsung has upgraded the amount of RAM fitted on the mainboard to a generous 6GB, it has decided to go in with pretty much the same chipset otherwise. The Exynos 9611 on the A51 houses the same configuration processor as on the A50’s Exynos 9610.

Based on a 10nm FinFET process, the chipset consists of four Cortex-A73 cores with clock speeds up to 2.3GHz for performance-intensive tasks and four Cortex A-53 cores clocked at up to 1.6GHz. The Exynos 9611 SoC also embeds the same ARM Mali-G72 MP3 GPU from its predecessor.

While still a good enough chipset for gaming and performance-oriented tasks at the start of 2020, it just doesn’t enthuse enough confidence in order to be called a future proof SoC.

But coming back to the now, we found the A51 capable enough to perform quite well on a day-to-day basis. Be it apps of daily use, or multi-tasking between heavy apps, the smartphone does not disappoint. Games also run fine on the device, with titles such as PUBG running smoothly on medium to high setting, while lighter ones such as ALTO’s Odyssey ran flawlessly over prolonged periods.

We believe, much of this is because of the highly optimized One UI 2 that Samsung is shipping out-of-the-box with the device. The operating system is based on Android 10 and is the latest version of Samsung’s revamped One UI software.

Despite a little bloatware, it’s generally clean and brings to the table a lag-free, smooth experience that not only works well but also looks premium while doing so.

The One UI 2 on the A51 also gets some extra features that currently aren’t available even on the flagship devices from Samsung. Many of these are part of the Make for India’ initiative by Samsung. The company claims these features have been introduced based on extensive consumer research in India, and designed to help Gen Z consumers live a fast and organized life. Does the phone do so? Well, to an extent yes. For example, the Useful cards feature makes SMS come Alive by identifying messages that are most useful to the user and organising them neatly in the form of visual cards such as Reminders and Offers. The Useful Cards feature helps reduce clutter in the SMS Inbox and lets consumers find useful information quickly and easily.

Then there are features such as the Smart Crop and Multilingual typing, both of which are quite good at what they promise to do.

Overall, the aided by the improvements brought in with the new UI’s code, the Galaxy A51 manages to perform quite well for a mid-range offering. However, if you are one for looking ahead towards the future, its chipset may just be one of the reasons to steer clear of the phone.

For a mid-range device, the Galaxy A51 gives you good bang for the buck when it comes to the cameras. Over the A50, the new device definitely comes as an upgrade. This is because the Galaxy A51 sports a quad-camera setup with a primary 48-megapixel lens sat next to a 5-megapixel macro lens, 12-megapixel wide-angle lens, and 5-megapixel camera for depth sensing.

Of these, it’s definitely the 48-megapixel pixel binned lens that’s the highlight. As we found out during our review, the lens is capable of clicking some really impressive shots during the day, with a good amount of detail and accurate colours.

This lens also helps elevate the low-light performance of the camera to a level where it’s now definitely better than what we saw on the Galaxy A150 last year. However, that’s not really a gold standard the A50 may want to be judged against.

Apart from this, the A51’s cameras offer a lot of versatility, with the quad-camera set-up at the back also bringing to the table the convenience of a 12-megapixel strong ultra-wide lens with an impressive 123-degree field of view. Because of the decent amount of pixels on it, the images clicked using the lens also come out sharp with a good amount of detail — and thankfully, with very little fisheye.

We also quite liked the Macro lens on the device, which would definitely come in handy if you generally like clicking close up photos of things around you.

On the front, there’s a nice little selfie lens that Samsung has tucked inside the punch-hole on the display. For the lens, Samsung has gone big on the megapixel count. 32-megapixel help the lens capture a good amount of detail and capture each and every detail of your face.

However, that’s with the beauty mode turned off.

The lens is also quite competent at understanding skin tones accurately something that would come in quite handy if you click a lot of selfies. 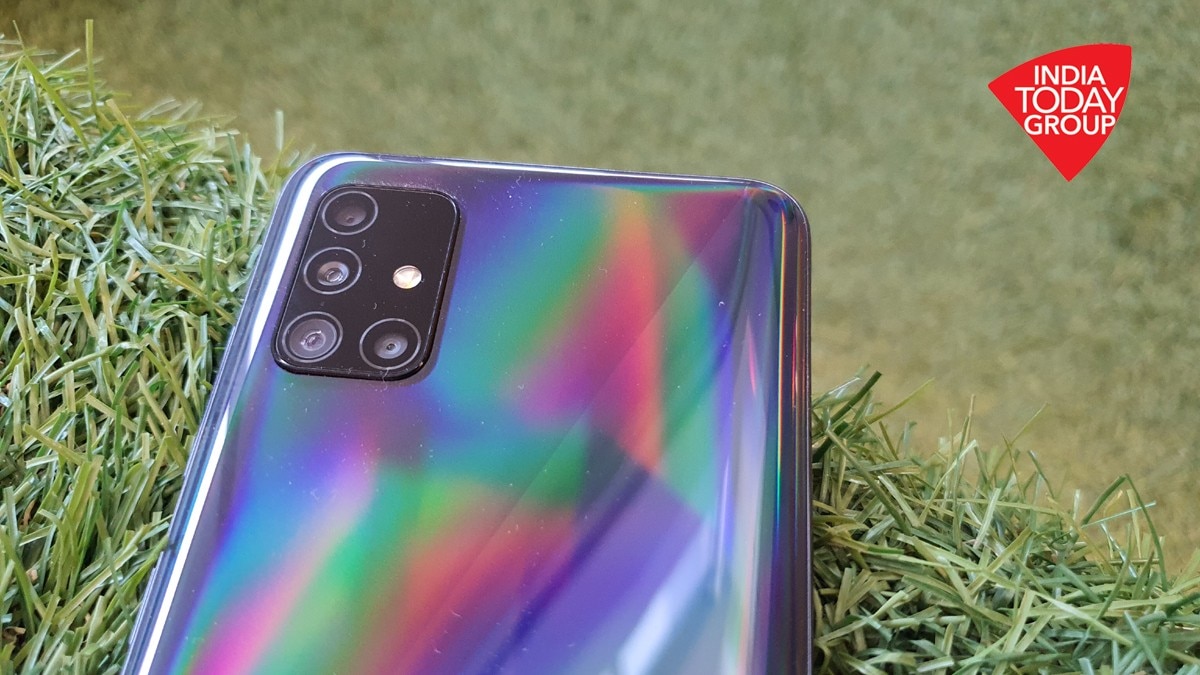 Unlike many of the smartphones we’ve tested in the recent past, the Samsung Galaxy A51 doesn’t impress too much with its battery performance. The phone brings a 4000mAh pack which just about gets you through the day on a single charge when the device used moderately — which should be good enough for most users.

And when the battery does die on you, the phone disappoints with no support for Samsung’s current-gen blazing fast charging technology. As such, with the device’s 15W adaptive fast charger, the A51 takes a little over 30 minutes to charge to 30 per cent, and about two hours to charge to the brim.

While this is good enough for most users, it may not be adequate going into 2020 when most competing phones now bring support for faster-charging technologies — and in some cases even bigger batteries. The Samsung Galaxy A51 is a tough one to judge.

It has everything it needs for a mid-range phone right now, and yet it doesn’t for one that’s supposed to go in strong to the latter stages of 2020. For a phone that the buyer may want to use for at least the next three years, the Galaxy A50 just doesn’t evoke the kind of confidence with its hardware to warrant an outright recommendation.

However, as a phone for the here and now, it does come out looking like a very competitive offering thanks to its impressive design, display and the above cameras it packs.

It’s definitely a better offering than the A50 launched last year. However, it cannot be ignored that it’s also a more expensive when compared to its predecessor. Looking outside, at Rs 23,999 the Galaxy A51 also sees itself rubbing shoulders with some seriously powerful phones such as the Redmi K30 Pro.

While it doesn’t beat the particular device when it comes to raw computing power, it does, however, offer a unique Samsung experience tailored to the next gen Indian buyer, which in all honesty could just prove to be the ace up its sleeve when it comes to buying decisions between the Galaxy A51 and competing players in the market.