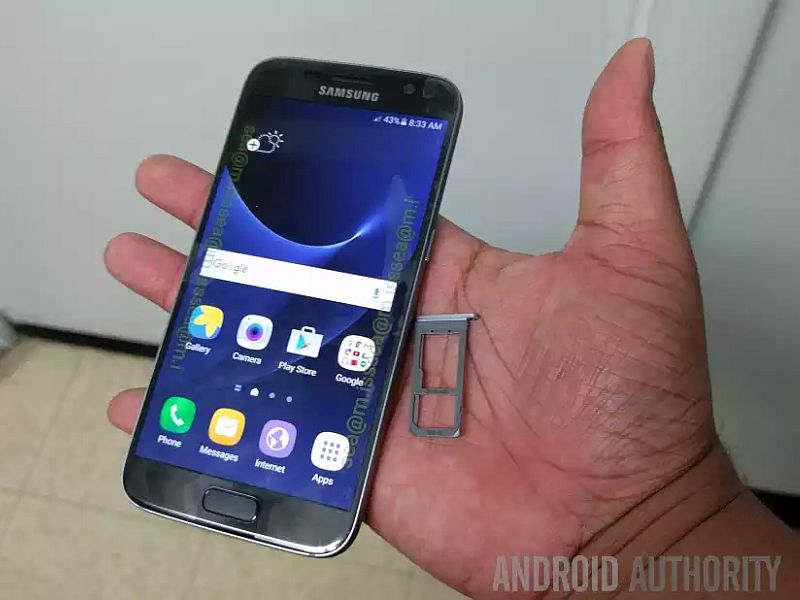 We have already seen the yet-to-be-announced Samsung Galaxy S7 smartphone in several renders and other leaks. Now, the smartphone has surfaced on the Internet in a couple of new images and a short 14-second video.

Android Authority says that it received the device from an anonymous insider. The 14-second video doesn’t show much about the Galaxy S7 design but offers a look at the UI of the upcoming flagship. If the leaked video is to be believed then we might see a tight Flipboard integration in TouchWiz for future Galaxy smartphones.

Samsung is set to unveil the Galaxy S7 smartphone at the “Galaxy Unpacked 2016” event on Sunday in Barcelona, Spain. The company ahead of the official unveiling of the Galaxy S7 has started teasing the smartphone in YouTube videos.