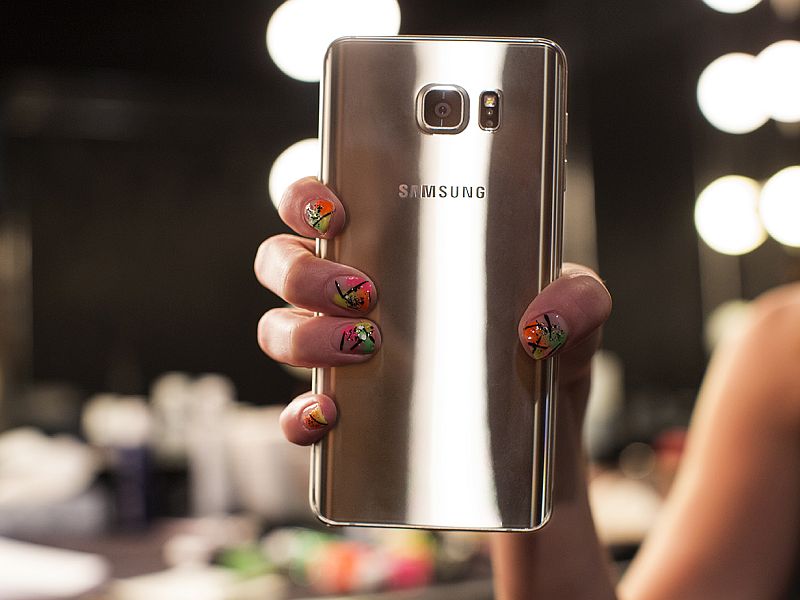 Samsung in the last quarter of 2015 managed to retain its lead over Apple to remain the top smartphone vendor according to the latest shipment data released by market research firm Strategy Analytics.

The research firm has come out with its report on global smartphone shipments by vendor in Q4 2015. where it claims that Samsung shipped 81.3 million smartphones worldwide which was more than Apple’s 74.8 million shipments during the same period. The shipments helped Samsung capture 20.1 percent of the market, ahead of Apple’s 18.5 percent in Q4 2015. As per Strategy Analytics data from Q4 2014, Apple had tied with Samsung as world’s top smartphone vendor with both garnering 19.6 percent market share. 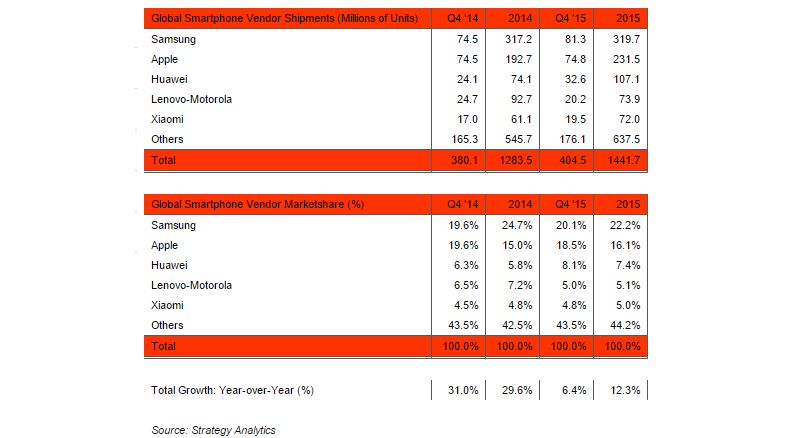 The research firm added that Apple captured 18 percent market share in Q4 2015 which hardly changed from a year earlier. Strategy Analytics said that “Apple’s iPhone growth is peaking” though pointed out that the company will have to expand into new markets including India and Nigeria in order to reignite iPhone growth this year.

Chinese handset makers including Huawei and Lenovo (and Motorola) grabbed third (8 percent) and fourth (5 percent) position, respectively. According to the research firm, Huawei shipped more than 100 million smartphones in 2015. This was first time that the Chinese company crossed the 100 million shipment milestone.

Lenovo and Motorola, despite the merger of the two companies, saw a decline in overall smartphone shipments. In Q4 2014, Lenovo and Motorola combined shipped around 25 million units while the number came down to 20 million in Q5 2015, as per Strategy Analytics. Xiaomi held the fifth position and grabbed 5 percent market share in Q4 2015.

Another research firm claimed almost similar results for smartphone shipments in the Q4 2015. Counterpoint Research also claimed that Samsung had an edge over Apple in Q4 2015 while the other top five smartphone vendors were Huawei, Lenovo and Motorola, and Xiaomi.