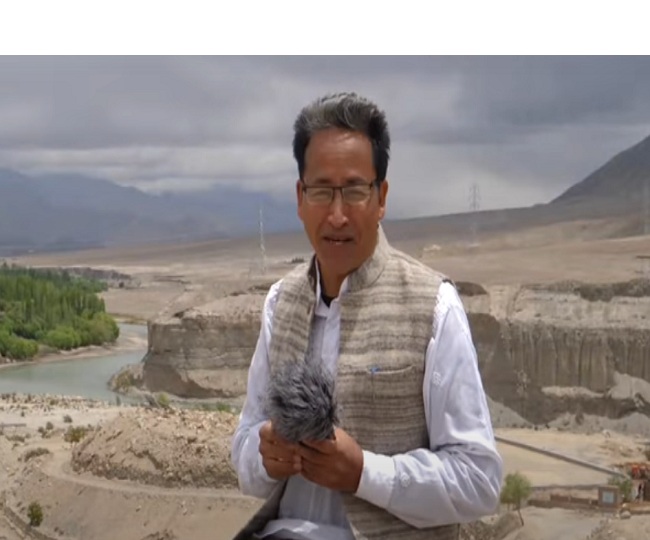 New Delhi | Jagran News Desk: Amid escalating tensions between India and China, Sonam Wangchuk– the man who inspired 3 Idiots– shared part II of his ‘CHEEN KO JAWAAB’ youtube video asking Indians to boycott Chinese products. In a tweet post, the engineer-turned-education reformer shared a video discussing answers to some frequently asked questions after his part I video earned praise on the social media.

In the video, Sonam Wangchuk appeals to all Indian citizens and people worldwide to boycott Chinese products and stop virtually financing the current military bullying in Ladakh and the South China Sea.

“If we citizens are clever we should use our wallet power rather than leaving it totally to our armies to respond with their bullets. The bullet response is what China is looking for as it helps unite its angry citizens to forgive the mistakes and forget the economic hardships caused by the regime’s poor handling of COVID 19,” he said.

“Our wallet response of boycotting Chinese products will hurt their economy and take them by surprise and may even lead to what they fear most… a democratic uprising and overthrow of the totalitarian regime… It also means freedom to 1.4 Billion bonded laborers, 10 million Uighur Muslims, and six million Tibetan Buddhists,” Wangchuk added.