Having built quite a reputation for introducing blockbuster cars, Hyundai India recently conveyed its plans to move into the premium vehicle space by showcasing the new generation Tucson and Elantra models at Auto Expo 2016. While the Tucson premium SUV is confirmed to  launch later this year, the company has also commenced testing the new generation 2017 Elantra sedan and was caught testing for the first time in India.

Although heavily camouflaged, the test mule can be identified as the 2017 Hyundai Elantra courtesy of the headlamps and tail lamps that are clearly visible. Measuring, 4610mm in length, 1800mm in width, 1450mm in height with a wheelbase of 2700mm, the new sedan is similar to the outgoing version in terms of dimensions and is now 20mm longer and 25mm wider than the model it replaces. The D-segment model is also now made of 53 per cent Advanced High Strength Steel (AHSS), which has helped build a higher structural rigidity on the model.

While the flamboyant fluidic styling was young, dynamic and a bit ostentatious for some, the new generation Hyundai Elantra comes forward in a more toned down avatar featuring a massive hexagonal grille up front with sweptback headlamps, contoured and bulging hood, and diamond cut alloy wheels. The rear feels more European styled with the wraparound tail lamps and sharp creases adding to the good looks of the model. 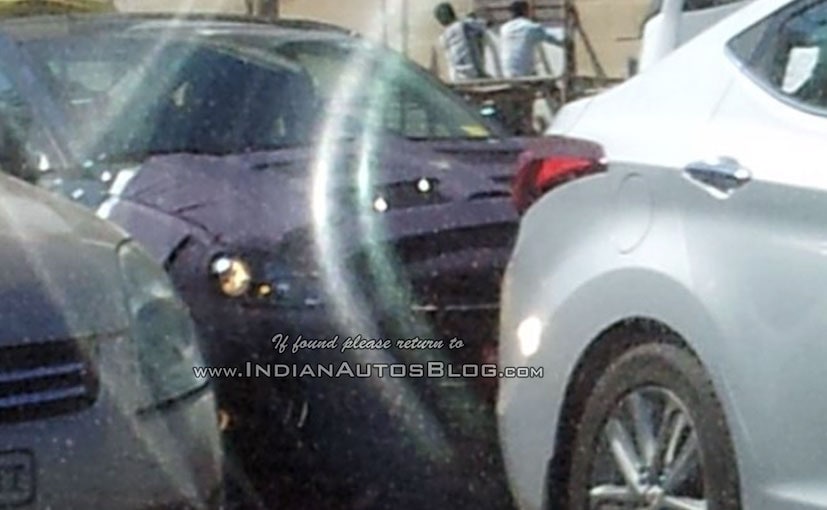 Inside the cabin, Hyundai promises a more driver-centric cockpit this time with the infotainment system angled towards the driver along with a host of modern day goodies and electronic aids. In terms of powertrain, the Elantra gets 1.6-litre petrol and diesel engine options producing 132PS and 136PS of power respectively. Transmission options include a 6-speed manual and automatic. That said, powertrain options on the India-spec model haven’t been revealed yet.

It is likely that Hyundai could introduce the new generation Elantra as early as the second half of this year; but given the lack of volumes this segment generates, the launch could be pushed to 2017.