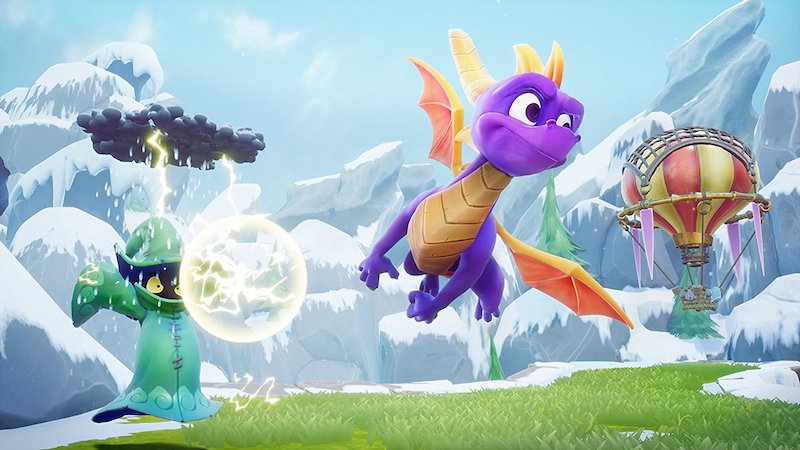 Activision’s oft-rumoured remaster of the Spyro the Dragon trilogy is called Spyro Reignited Trilogy according to listings spotted on Amazon India and Mexico. What’s more is, the listings suggest a Spyro Reignited Trilogy release date of September 21. The game will be available for the PS4 and Xbox One. No PC version has been listed but if it’s anything like Activision’s past efforts with Crash Bandicoot, expect that to be revealed at a later date along with a possible Nintendo Switch port.

The store description for Spyro Reignited Trilogy states that all three original Spyro games are included and remastered in HD. These are Spyro the Dragon, Spyro 2: Ripto’s Rage, and Spyro: Year of the Dragon and promise “100+ levels, remastered with breathtaking graphical updates and improved gameplay controls”.

A September release date makes sense considering it coincides with the series’ 20th anniversary. That said, we wonder if Activision would go beyond remastering and re-releasing its past catalogue and make new entries in such franchises. Given the high cost of AAA development and focus on creating games as services, that seems unlikely.

While Activision is yet to officially acknowledge Spyro Reignited Trilogy, it’s safe to say that it should sport the same $40 price tag which amounts to Rs. 2,750 in India which is what the Crash N.Sane Trilogy was priced at when it was released on the PS4.