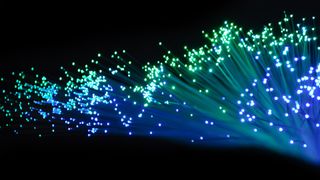 Optical fibers, of course, have many uses including – but far from limited to – the very infrastructure of ultrafast internet. So any savings that could be brought in on the manufacturing side will help with the rollout of speedy connections, and hopefully the pricing of them, too, when it comes to the consumer.

This particular project is a collaboration between research teams drawn from multiple universities across the globe, including the University of Technology in Sydney, the University of New South Wales, and both Harbin Engineering University and Yanshan University in China.

As The Engineer reports, John Canning, who heads up the Sydney-based team, commented: “Making silica optical fibre involves the labour-intensive process of spinning tubes on a lathe, which requires the fibre’s core or cores to be precisely centered.

“With additive manufacturing [3D printing], there’s no need for the fibre geometry to be centered. This removes one of the greatest limitations in fibre design and greatly reduces the cost of fibre manufacturing.”

The actual 3D printing process used is known as direct-light projection and is a highly innovative and demanding technique, with the printing of glass requiring a temperature in excess of 1,900°C.

This process is achieved using a commercially available printer, although the technique still hasn’t been perfected. The initial runs produced fibers which suffered from high light-loss characteristics, but the root causes of these problems have been pinned down, and the researchers are successfully figuring out ways of working around these issues by all accounts.

As Canning notes, the process could be applied to a whole raft of different optical components, potentially replacing conventional lathe-based production of silica optical fibers. Along with the aforementioned production time savings, as well as much better cost-efficiency, the new method would also be safer – and require less expense on the training front.

Further applications could include ushering in more widespread usage of fiber-optic sensors, which are superior to electronic sensors in multiple ways including their longevity and general durability, and of course the fact that they do not require power at the site.

Another manner in which 3D printing could be used to produce savings is by helping trains in the UK – and possibly elsewhere eventually – get commuters to work on time, as we saw yesterday.