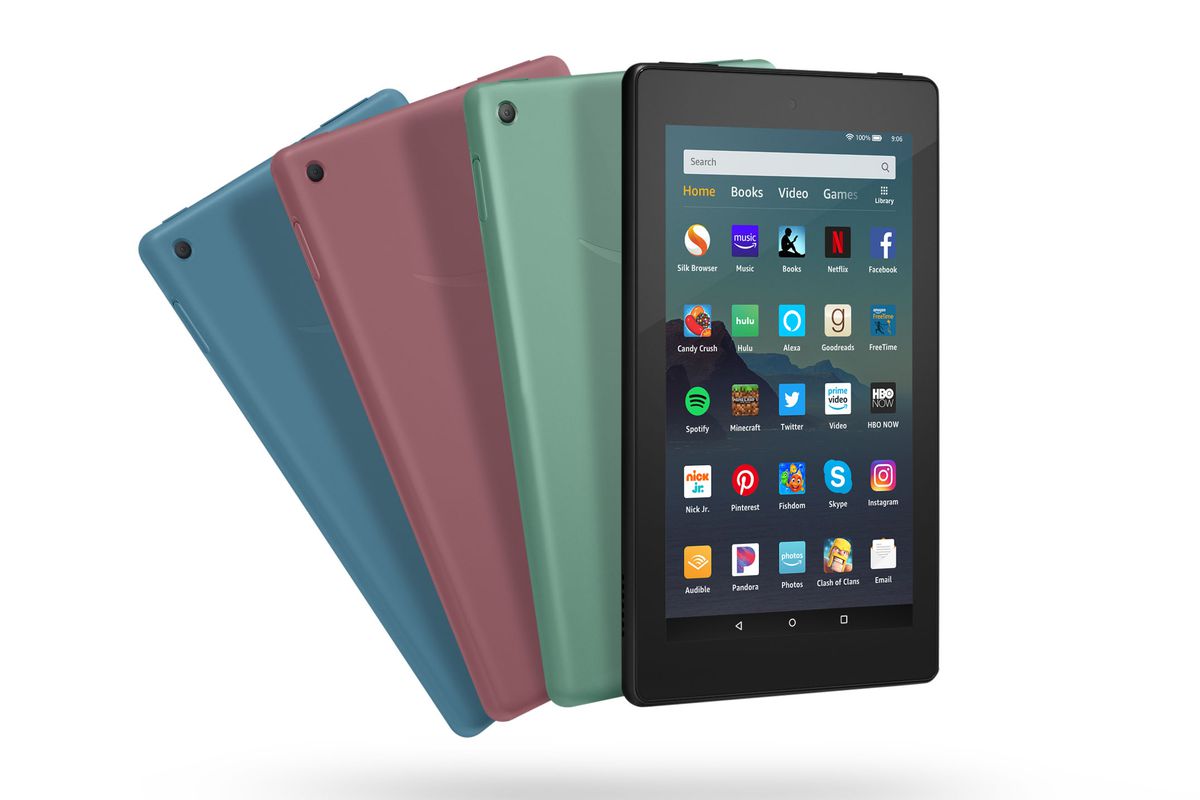 Amazon has announced a new Fire 7 tablet that has a faster processor than the older version. It’s still a 1.3GHz quad-core CPU, though Amazon claims it has more memory bandwidth. This new tablet also has more storage by default — twice as much as before, bringing it up to 16GB. In addition, this tablet can work with 512GB microSD cards, doubling what the last-gen model could support. Everything else about it is the same; it’s even keeping the reasonable $49.99 price.

The new Fire 7 tablet will be released on June 6th, and preorders start today. It will be available in black and in three new colors: sage, plum, and twilight blue. If you purchase one before the release date, you’ll receive a $10 credit that you can redeem on the Amazon Appstore for apps or games.

Whether you’re on a budget or not, the Fire 7 is a good value. It doesn’t offer the trove of apps, Apple Pencil support, or the power that you’ll find in an iPad, but for $49, it’s certainly good enough for people who can’t — or don’t want to — invest in Apple’s $249 (at minimum) iPad. It has front and rear-facing cameras for video chatting, and it can run popular streaming apps like Netflix, Hulu, HBO Now, and other apps and games. And somehow, it still does so at a price that’s $40 below the cost of the entry-level Kindle.

The $99.99 Fire 7 Kids Edition tablet is also being slightly refreshed, with its processor getting the same boost as the non-Kids Edition tablet. The previous generation of this model already came with 16GB of storage, and while that’s not changing, it now supports up to 512GB of expandable storage. Each tablet still comes with a two-year warranty that protects against any sort of defect, and a year-long subscription to Amazon FreeTime Unlimited, filled with kid-friendly books, Audible audiobooks, educational games, apps, and movies.

The biggest change has been made to the kid-proof case that comes with each Kids Edition tablet. It will feature an adjustable stand that allows hands-free use. The previous version of the case forced kids to either get some reps in by lifting the tablet to watch a show, or to get creative by propping it up against something. Amazon has gone soft on them.

This kid-focused tablet launches on June 6th; preorders are available starting today. For a limited time, Amazon is offering a two-pack of Fire 7 Kids Edition tablets for $149.99 ($50 off).