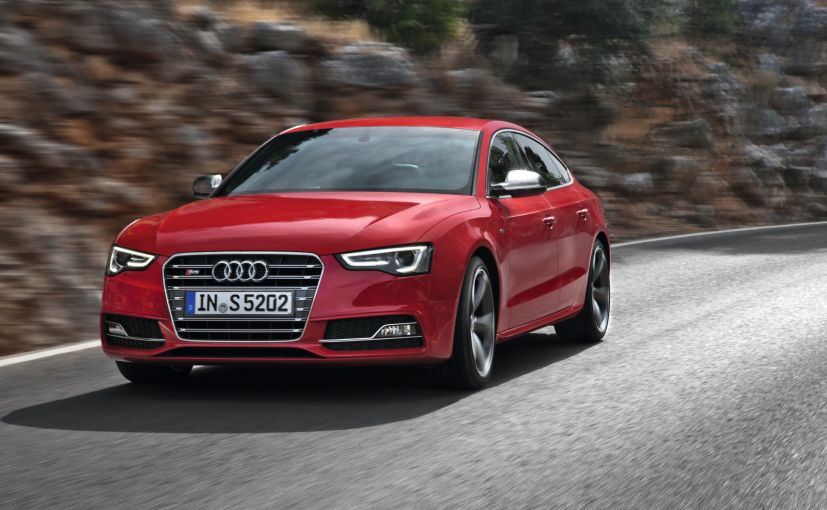 An image showing Audi’s roadmap for 2017 and 2018 is being circulated on the internet. Judging by the document, 2017 will be an action packed year for the German brand as the company intends on launching as many as 9 models.

Despite reports suggesting that the dates mentioned are for the American market, the image was revealed by German publication, Autobahn.eu, which indicates that a substantial portion of the list of dates shown in the timeline are likely to be for Europe as well. Most cars mentioned on the list have been talked about for some time now; however the image does provide important information regarding the company’s plans to bring in an entry level version of the Audi R8 sports car, which will come equipped with a smaller V6 engine, as well as the upcoming additions set to join the Q Series family. 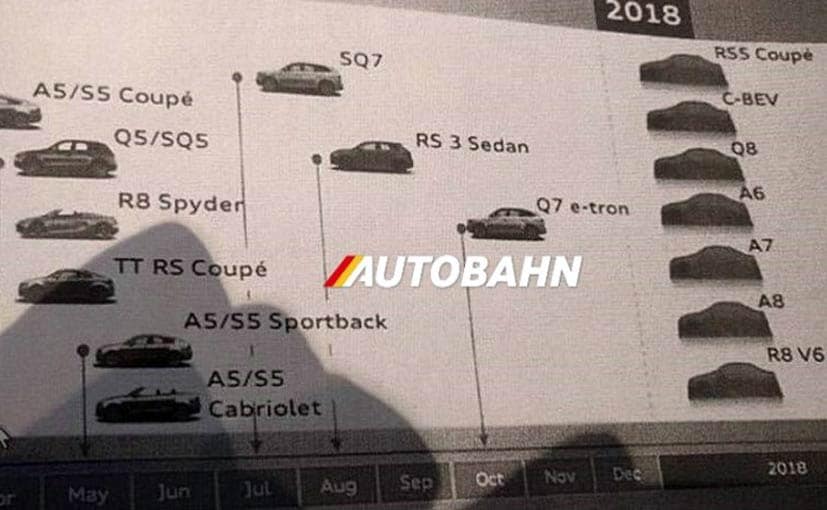 2017 will see the introduction of the new Audi A5 Coupe and Audi S5 Coupe in March with the Sportback and Cabriolet versions set to follow later on in the year, sometime in May. Considering the fact that the Audi S5 has already arrived in India, news of the A5 getting an update is interesting from the Indian market’s perspective as the car is expected to arrive in India sometime this year. The refreshed versions of the Q5, SQ5, R8 Spyder, and TT RS Coupe are all slated to arrive by April.

Following the updated versions, the latter half of 2017 is shown to have 3 new launches scheduled. The sports oriented Audi SQ7 will launch in July, followed by the RS 3 Sedan in August and finally the hybrid Audi Q7 e-Tron in October. The presence of the RS 3 Sedan in the list of upcoming cars falls in line with the stem of rumours that have suggested that America will get the RS 3, albeit in sedan form rather than the Sportback version which is sold across Europe. Another point that corroborates the fact that the shown dates are predominantly for the American market is that the Q7 e-Tron is shown to be launching in October 2017, despite the car expected to go on sale in Europe by spring this year. 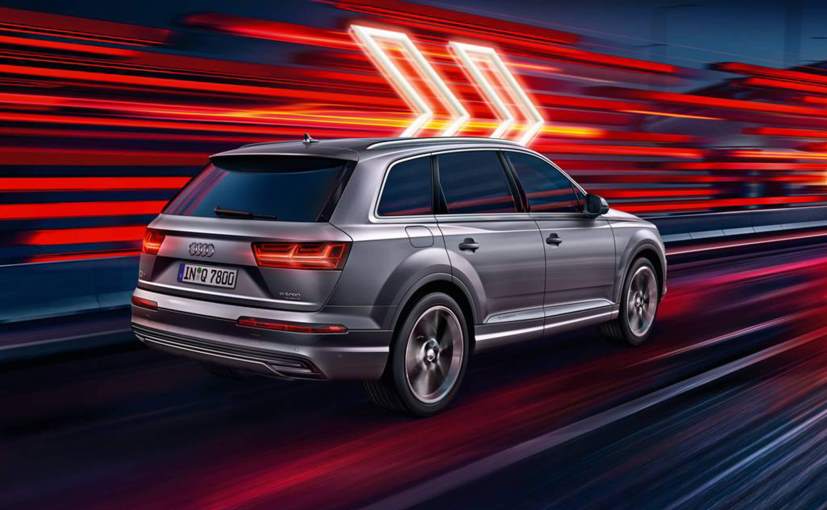 Despite next year being a busy one for Audi, 2018 will usher in even more excitement among the company’s fans and loyal customers. The leaked infographic shows 7 new launches, the most interesting of which include the Audi C-BEV hybrid vehicle, Audi Q8 flagship SUV, and an entry level Audi R8 V6. Parent company Volkswagen has been developing an all-new electric car offering which is expected to rival the Tesla Model 3 and Chevrolet Bolt upon its launch. As a result, speculative reports have suggested that the mysterious Audi C-BEV may in fact be Audi’s version of the standalone MEB Architecture-based EV. The Audi Q8 on the other hand is expected to be the flagship product in the company’s SUV range. Previously, in May last year, the company had stated that the sporty Q8 would be more ‘coupe-like’ than the Q7 and that it would feature borrowed bits of design from the German carmakers stunning Prologue Concept which was recently showcased in India at Auto Expo 2016.

Other cars set to arrive in 2018 include updated versions of the Audi RS5 Coupe, as well as the A6, A7 and A8 sedans. The V6 version of the Audi R8 is shown to be scheduled for a late-2018 arrival and speculations are suggesting that the car will come with a V6 engine capable of producing around 400bhp of power.