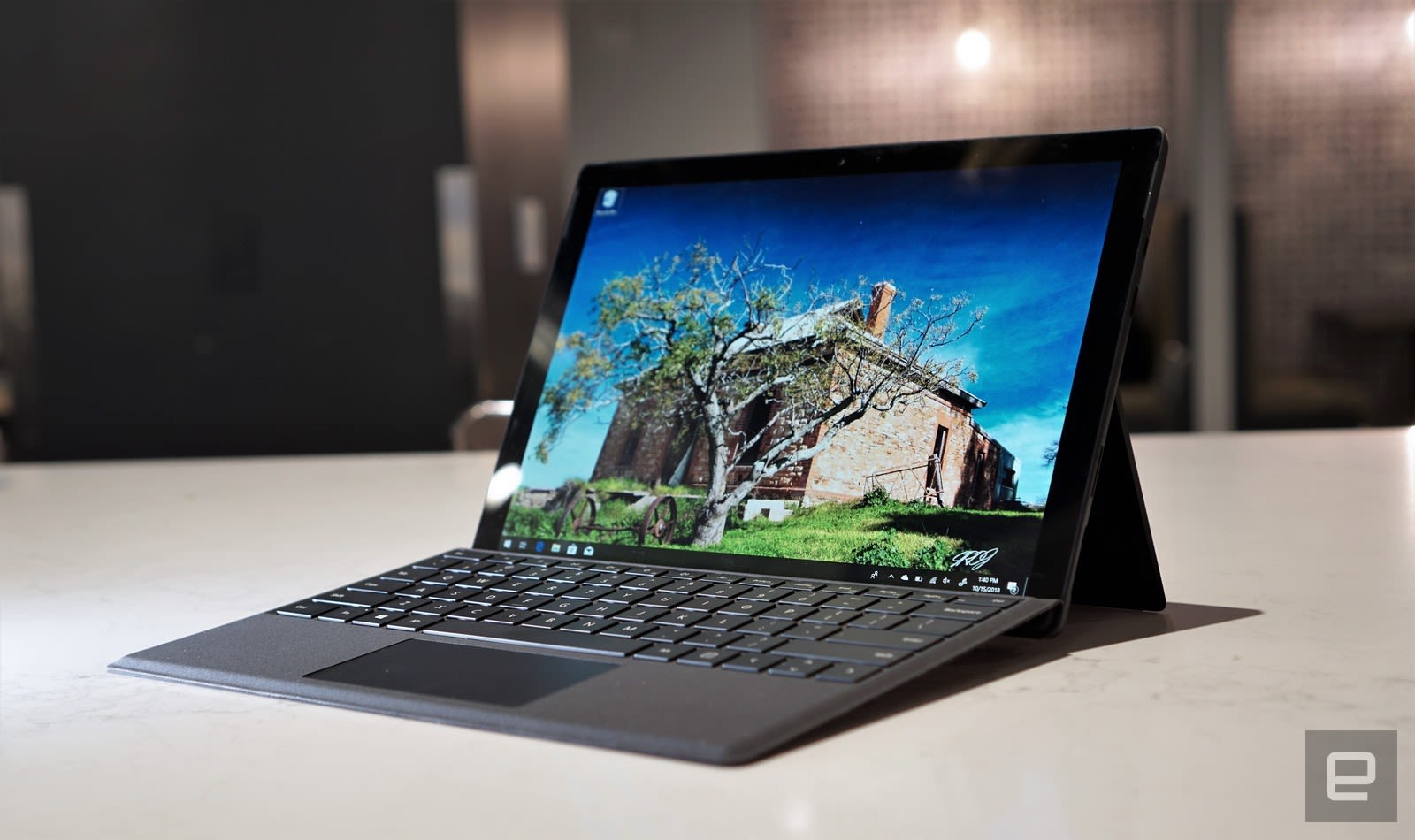 Two-in-1 tablets are far from perfect. But just because there isn’t a flawless laptop replacement today doesn’t mean you can’t get a tablet that’s good enough to get some work done on the road. Tech’s biggest players are falling over themselves to push out these devices, giving the premium-tablet category new life. It’s easy to see why people would want these hybrids: They offer the power and productivity of a notebook in the thin and light body of a tablet. But there isn’t an operating system yet that’s versatile enough to work as well as a tablet as it does as a desktop (or vice versa). So as you approach this decision, it’s worth thinking about which mode is more important to you.

Still, thanks to the competition brewing among Microsoft, Apple, Google and Samsung, these devices can only get better. In the meantime, existing 2-in-1s are plenty powerful for banging out a proposal on an airplane or updating a spreadsheet from the back of a cab. If you’re realistic about your expectations and want something for these specific situations, you’ll likely find one that’s right for you. 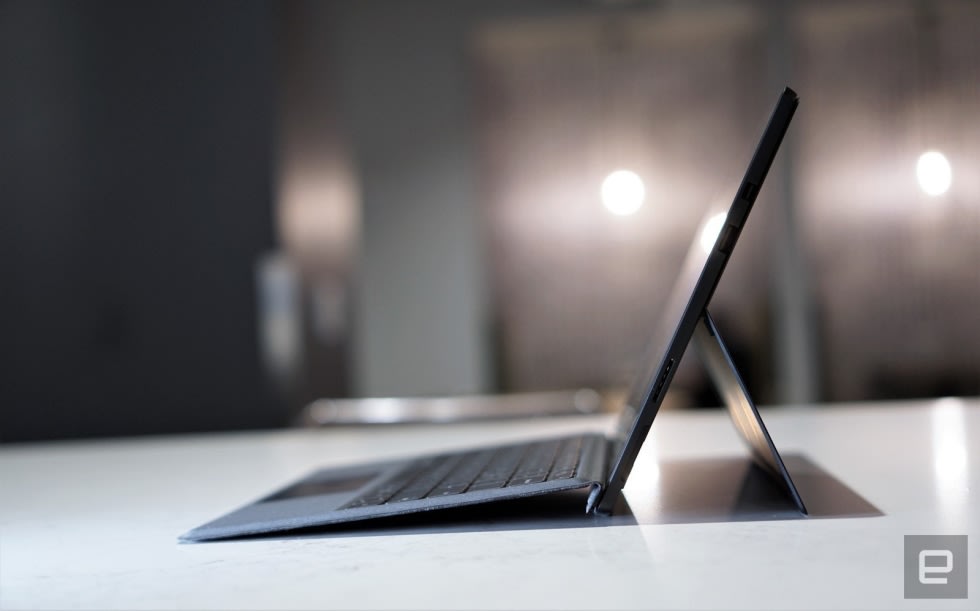 If you work on the go a lot and need something lightweight, sturdy and capable of multitasking like a champ, the Surface Pro 6 is the 2-in-1 for you. It’s hands down the best hybrid for productivity. Microsoft has refined its formula so much that the sixth Surface Pro is a nearly perfect hybrid. It provides powerful performance and long-lasting battery in a lightweight yet sturdy frame. PC users will find the Windows 10 software familiar and just as capable of multitasking as on a laptop. Plus, Microsoft makes arguably the best tablet keyboard on the market.

The Surface Pro 6 comes with a bright display and a classy all-black option that refreshes the tablet’s dated design. The base model with an Intel Core i5 processor, 8GB of RAM and 128GB of storage costs $899, but you’ll have to add $129 for a Type Cover, bringing the total to $1,019. That’s pricey, but it still isn’t the most expensive option on this list.

For those chained to iOS: Apple iPad Pro 12.9-inch

Apple wants so much for you to think of the iPad Pro as a notebook replacement that it markets the device as “more powerful than a PC laptop.” Indeed, the iPad Pro’s A12X Bionic is a beast of a chip that can handle most tasks. Just don’t expect to edit 8K videos on it. The tablet also has a beautifully light design and crisp, vibrant screen, making it a joy to write on with the Apple Pencil. It has great battery life, to boot.

Theoretically, the new USB-C port also makes the iPad Pro more versatile than before. It should let you connect far more accessories and avoid the hassle of a Lightning adapter. Think things like SD card readers, external monitors and mechanical keyboards — something you might want to consider, given that Apple’s keyboard folio is serviceable at best. But finding compatible USB-C peripherals takes some trial and error, so don’t expect all of your accessories to work seamlessly.

iOS 12 is also a limited platform for multitasking, though the new iPadOS beta promises significant improvements. So when that finally rolls out, it might make the iPad Pro a better productivity machine. You’ll need to pay $199 for the smart keyboard folio in addition to the iPad Pro’s $999 starting price, making this about $180 more expensive than the Surface. But hey, that Apple premium probably doesn’t matter to the loyalists.

Whether it’s a tablet or a phone, the reasons to pick Samsung over other brands tend to be its typically superior displays and the useful S Pen. But for the Galaxy Book 2, you might also appreciate the fact that it comes with built-in gigabit LTE support. It adds the underrated convenience of always being online no matter where you go (cell coverage notwithstanding) and is best for someone who always needs to be updating Google Docs or a blog.

However, since the Book 2 runs Windows on an ARM-based Snapdragon CPU, it’s limited by slightly laggy performance and a smaller selection of apps (compared to full Windows). Still, Microsoft and Qualcomm continue to work on the software to make the experience as close to standard Windows as possible. For now if you need a beefy machine, go for a Surface Pro. If your workflow doesn’t depend on obscure apps or you won’t be editing videos or photos, then the Book 2 might be right for you. Plus, at just $999 including a keyboard and the S Pen, this is the most affordable option on our list.

All these options hover around the $1,000 price, which is admittedly a lot to spend on a device that’s not a full-fledged laptop. But a good 2-in-1 can be the best travel companion on your business trips, and these are the industry’s finest offerings, making whichever one you pick a worthy investment. Just think how much work you can get done armed with one of these.