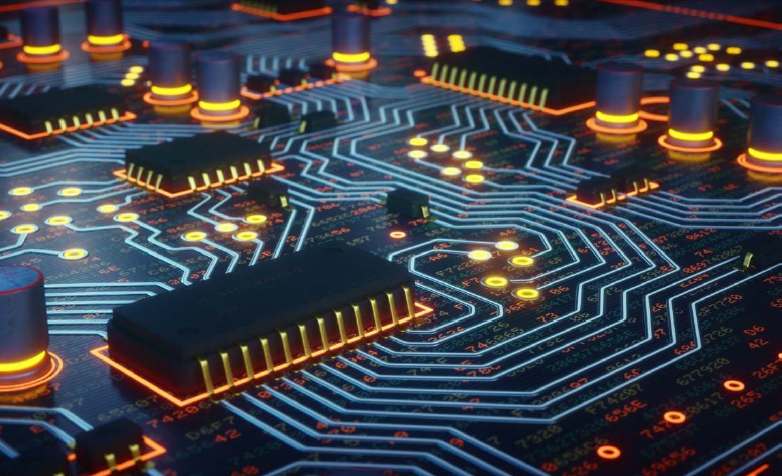 Technology is the second-best performing sector over the last month, but that doesn’t necessarily mean it’s going to blow people away with Q2 earnings results.

Since the start of June, Technology shares are up nearly 7%, better than any sector besides Materials. Strong Technology performers over the stretch since markets bottomed early that month include behemoths Apple (AAPL) and Microsoft (MSFT), as well as the influential but volatile semiconductors.

And when you look at the year-to-date sector leaderboard, no other sector can really touch Technology’s nearly 27% gains through the end of June. Consumer Discretionary was a distant second at 21.5%.

Solid earnings from two major firms that reported before earnings season kicked off provided some additional cheer for the Technology sector, with Oracle (ORCL) and Micron (MU) getting boosts after sharing their results last month.

MU beat Wall Street analysts’ estimates on both earnings and revenue, and stuck with its forecast for a second-half rebound in the memory chip market. If that happens, it would be positive news for more companies than just MU, but some analysts see excess inventories potentially weighing on the chip industry for a while longer.

It seems like fundamentally there are a lot of positive feelings in Technology right now despite the trade situation with China still throwing a huge potential shadow over everything if progress on talks goes south. The trade truce negotiated by President Trump and President Xi on the last weekend of June eased that particular worry, however.

Semiconductors, especially, are connected very closely to trade with China, and before the truce, investors appeared to cheer the news from MU last month that it had found a way to resume shipping some of its products to Huawei despite a U.S. government ban in place then on exports to the Chinese tech company, CNN reported.

MU said it restarted shipments to Huawei two weeks earlier after concluding that “a subset of current products” aren’t subject to export restrictions. The entire semiconductor sector appeared to get a jumpstart from the news, finishing June near one-month highs.

That ban is out of the way for the moment with Washington and Beijing agreeing to go back to negotiations. That development appeared to help light another fire under Technology stocks, especially semiconductors, on the first trading day of the new month.

While news like that might be welcome, any future bad tidings on the trade front could put semiconductors into a tough position. Remember what happened in May when the sector dived on news that talks had stalled. That setback helped send the Nasdaq down 10% from its early-May peak, and it happened pretty quickly. Anyone trading in this space might want to consider staying ready for more potential volatility.

As a reminder, semiconductors provide the ingredient technologies for personal computers, tablets, smartphones and other gadgets. They run communications networks and the Internet, and underpin so-called “smart” technology improvements to televisions, home appliances, automobiles and other devices. Some analysts think the “semis” have taken the “market canary” mantle from the so-called FAANG stocks over the last year as FAANGs go in different directions from each other.

If you look at Q2 market performance for the Philadelphia Semiconductor Index (SOX), the 5% gain might seem pretty strong. However, that masks a choppy quarter that saw the SOX rise 15% from its Q1 close by early May and then descend 7% from the Q1 closing price by early June before clawing back to quarterly gains.

Meanwhile, AAPL and MSFT also saw benefits from hope for trade progress with China, while MSFT and ORCL continue to ride gains in their respective cloud computing technology. The focus with AAPL might remain on its services business as iPhone revenues slip. One bright spot last time out was AAPL coming in with higher guidance than many on Wall Street had expected. The question going into its fiscal Q3 earnings might be whether that means the company sees a bottom in the falling iPhone business.

The other thing to potentially keep in mind about AAPL is its business in China, where some analysts say sales growth for the company’s products might be flagging. China is a big piece of the puzzle for AAPL, so the agreement to continue trade negotiations likely came as a relief to shareholders.

Citigroup (C) said this week that it expects more volatility in AAPL shares as earnings estimates for the company drop and U.S./China trade negotiations get back underway. It pointed out that consensus estimates for AAPL’s June quarter are toward the mid-range of the company’s guidance.

Much of the good news won’t likely be too evident in the sector’s Q2 earnings numbers, if analysts’ projections end up being on target. Forecasting firm FactSet predicts an 11.9% year-over-year earnings decline for Technology in Q2, worse than the firm’s 10% loss projection from back in March. Revenue is also expected to drop 1.1% in Q2 for Technology companies, FactSet said.

S&P Global Market Intelligence is a bit more optimistic, but still predicts a red quarter with average earnings per share losses of 4.4% for S&P 500 Technology firms. That compares with a 4% average EPS gain in Q1.

If FactSet is close to accurate, the only sector expected to do worse from a Q2 earnings per share perspective is Materials, with a 14.4% average loss projected. It’s kind of interesting to see the two best-performing June sectors look the worst from an earnings perspective.

In one sense, Technology is a victim of its own success. Earnings for the sector rose on average nearly 30% in Q2 2018, fueled by tax cuts, so comparisons are going to be tough. It’s especially hard when you consider an equity such as Apple (AAPL), which is one of the outsized presences in the technology sector, and the fact that AAPL has seen its quarterly earnings start to fall year-over-year. That’s another factor potentially playing into the sector’s projected earnings decline.

However, when you consider the solid performance of Technology stocks on Wall Street year-to-date, remember that the stock market—and especially a growth-oriented sector such as tech—is forward looking. That means investors often look ahead to what’s next rather than back to what just happened.

If Technology earnings fell in Q2, as many expect, that might already be built into prices. Meanwhile, market research firm CFRA says Technology earnings have a chance to outpace the broader market next year, and that forward valuations aren’t necessarily high enough to be a burden. It’s analysis like this that might be keeping Technology stocks in the black even as their current earnings performance falls into the red.

The Info Tech earnings festivities are expected to get underway with IBM (IBM) and MSFT the week of July 15, according to Briefing.com, and continue the week of July 22, when some of the companies Briefing.com projects to report include Texas Instruments (TXN) and Intel (INTC).

Apple (AAPL) hasn’t announced its earnings date yet, but forecasting firms estimate that we’ll see AAPL’s results on or around July 29. Some of the key chip makers won’t be reporting until mid-August or September.