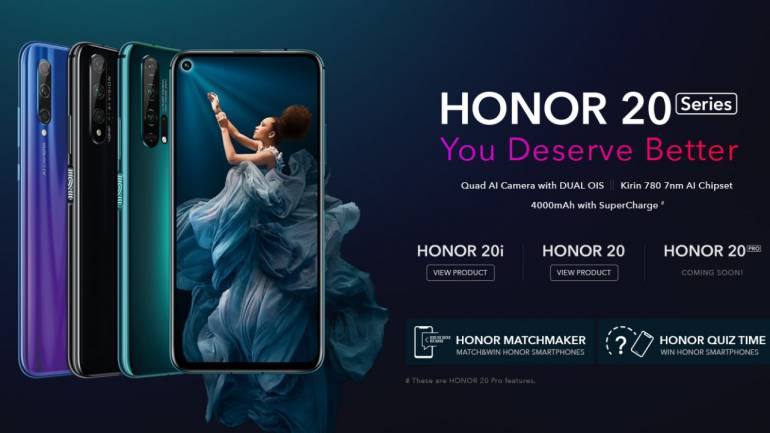 India just got another flagship killer, this time in the form of the Honor 20 handset. The smartphone, which was launched two weeks ago, will go on sale and will be available on Flipkart and leading offline stores.

The Honor 20 starts from Rs 32,999, putting it in the same range as the Asus 6z, OnePlus 7 and Oppo Reno. So, let’s take a deep dive into the specs of India’s latest flagship killer.

The Honor 20 packs the top-end HiSilicon Kirin 980 SoC used on the Huawei’s Mate 20 and P30 devices. Honor’s latest 20 series smartphone is equipped with 6GB of RAM and 128GB of onboard storage. The phone runs on the latest Android 9 Pie with Magic UI 2.1 on top and is powered by a 3750 mAh battery.

Flipkart is offering up to 17,000 off on exchange and an additional 5-percent discount on transactions with Axis Bank Buzz Credit Cards.

Looking at the spec sheet, the Honor 20 seems like a decent phone, which can deliver exceptional performance. The camera has several exciting features that we can’t wait to try out. However, the lack of fast charging support and a standard LCD panel do seem like a let down on a very promising handset.