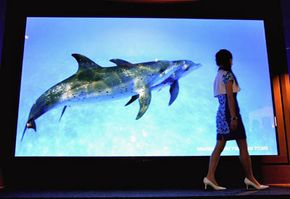 When the first high-definition television (HDTV) sets hit the market in 1998, movie buffs, sports fans and tech aficionados got pretty excited, and for good reason. Ads for the sets hinted at a television paradise with superior resolution and digital surround sound. With HDTV, you could also play movies in their original widescreen format without the letterbox “black bars” that some people find annoying.

But for a lot of people, HDTV hasn’t delivered a ready-made source for transcendent experiences in front of the tube. Instead, people have gone shopping for a TV and found themselves surrounded by confusing abbreviations and too many choices. Some have even hooked up their new HDTV sets only to discover that the picture doesn’t look good. Fortunately, a few basic facts easily dispel all of this confusion.

In this article, we’ll look at the differences between analog, digital and high-definition, explain the acronyms and resolution levels and give you the facts on the United States transition to all-digital television. We’ll also tell you exactly what you need to know if you’re thinking about upgrading to HDTV. 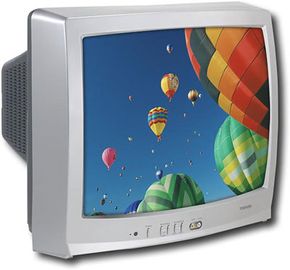 For years, watching TV has involved analog signals and cathode ray tube(CRT) sets. The signal is made of continually varying radio waves that the TV translates into a picture and sound. An analog signal can reach a person’s TV over the air, through a cable or via satellite. Digital signals, like the ones from DVD players, are converted to analog when played on traditional TVs. (You can read about how the TV interprets the signal in How Television Works.)

This system has worked pretty well for a long time, but it has some limitations:

United States broadcasting is currently changing to digital television (DTV). A digital signal transmits the information for video and sound as ones and zeros instead of as a wave. For over-the-air broadcasting, DTV will generally use the UHF portion of the radio spectrum with a 6 MHz bandwidth, just like analog TV signals do.

DTV also has one really big disadvantage: Analog TVs can’t decode and display digital signals. When analog broadcasting ends, you’ll only be able to watch TV on your trusty old set if you have cable or satellite service transmitting analog signals or if you have a set-top digital converter.

This brings us to the first big misconception about HDTV. Some people believe that the United States is switching to HDTV — that all they’ll need for HDTV is a new TV and that they’ll automatically have HDTV when analog service ends. Unfortunately, none of this is true.

HDTV is just one part of the DTV transition. We’ll look at HDTV in more detail, including what makes it different from DTV, in the next section.

The Advanced Television Standards Committee (ATSC) has set voluntary standards for digital television. These standards include how sound and video are encoded and transmitted. They also provide guidelines for different levels of quality. All of the digital standards are better in quality than analog signals. HDTV standards are the top tier of all the digital signals.

The ATSC has created 18 commonly used digital broadcast formats for video. The lowest quality digital format is about the same as the highest quality an analog TV can display. The 18 formats cover differences in:

Many of these standards have exactly the same aspect ratio and resolution — their frame rates differentiate them from one another. When you hear someone mention a “1080i” HDTV set, they’re talking about one that has a native resolution of 1920 x 1080 pixels and can display 60 frames per second, interlaced.

­Until the analog shutoff date, broadcasters will have two available channels to send their signal — a channel for analog, and a “virtual” channel for digital. Right now, people can watch an over-the-air digital signal only if they are tuned in to the broadcaster’s virtual digital channel. After analog broadcasting ends, the only signals people will receive over the air will be digital.

However, even though a digital signal is better quality than an analog signal, it isn’t necessarily high definition. HDTV is simply the highest of all the DTV standards. But whether you see a high-definition picture and hear the accompanying Dolby Digital® sound depends on two things. First, the station has to be broadcasting a high-definition signal. Second, you have to have the right equipment to receive and view it. We’ll look at how to get an HDTV set and signal next.

The DTV transition is not the first change to the TV signal. In 1946, the National Television System Committee (NTSC) began setting standards for American broadcasting. In 1953, NTSC standards changed to allow color television, and in 1984, they changed to allow stereo sound.

Those changes were different from the DTV switch because they were backwards compatible — you could watch the new signal on your trusty old TV. With DTV, you’ll need some new gear, and the gear you choose will affect whether you can receive and view high-definition video. You can learn about buying a DTV set in How Digital Television Works — here, we’ll focus on HDTV.

When you start shopping, keep in mind that HDTV requires three parts:

Most people start with the set. You can choose: 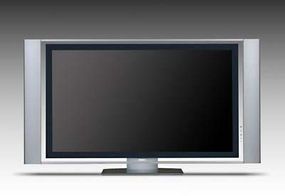 If you receive a signal that has a significantly lower resolution than your screen can display, all the extra pixels won’t help it look better. This is why some people who have bought HDTVs have been dismayed at the quality of the picture – the existing analog signal just doesn’t have enough detail to look good on a high-definition set. As broadcasters change to a digital signal, this problem will improve substantially.

In the next section, we’ll look at the options for getting a signal to your TV as well as the compatibility of your existing home entertainment equipment. 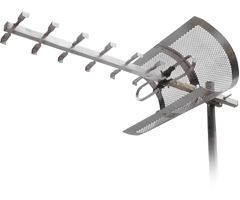 When you’ve found an HDTV with a screen size, aspect ratio and native resolution you want, you’ll need to make sure the equipment you already own will work with it. If you already have a DVD player, a DVR, game consoles or other equipment, make sure that they can connect to the TV directly or through an audio/visual receiver. Many HDTVs have High-Definition Multimedia Interface (HDMI) connections, which can transmit audio/visual signals to the TV without compression. In some cases, you can use adapters to make your equipment compatible with your set.

Once you’ve picked up your set and installed it in your home, you’ll need to get a signal. To get a signal, you can use: