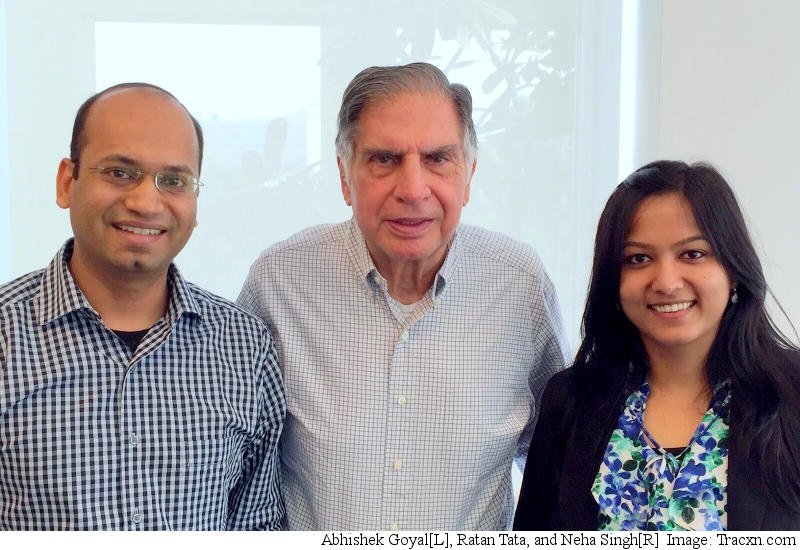 Other than a Series A level investment in a mobile bitcoin startup, the first week of the year seems to have produced a lot of seed and angel level investments, for app-based startups engaged in child care, TV guides, ride-sharing, and medical tourism.

MyCity4Kids
Gurgaon-based MyCity4Kids, a content-focused website that serves a content and listings platform for parents has reportedly raised $3 million (roughly Rs. 20 crores) from SIDBI Venture Capital Limited and existing investor YourNest Angel Fund. Founded in 2010 by Asif Mohamed, Prashant Sinha, and Vishal Gupta, the website claims to have 2.5 million page views and a network of 700 bloggers and 75,000 service providers listed across nine cities.

Zebpay
Ahmedabad-based mobile Bitcoin company Zebpay has reportedly raised $1 million (roughly Rs. 6.7 crores) in its Series A round. Founded by Mahin Gupta, Sandeep Goenka, and Saurabh Agrawal in 2014, the company aims to touch a turnover of Rs. 500 crores, and add 1 lakh users to its mobile app by the end of the year.

Sensara
Sensara, a TV guide and search and remote app has raised an undisclosed sum of funding from Ganayantrika Systems and Lalitesh Katragadda, according to a post by Bharath Kumar Mohan, co-founder at the Bengaluru-based company on LinkedIn. Sensara’s app, called Sensy, is available on Android, and has over 50,000 installs on Google Play.

360Ride
Bengaluru-based ride sharing platform 360Ride has raised Rs. 1 crore in seed funding by an undisclosed Delhi-based investor. Launched in 2015, 360Ride aims to create a strong pool of like-minded verified commuters by becoming an alternative mode of urban transportation. The startup launched its app available on Android in September, and has over 11,000 downloads, and claimed to be doing around 50 rides per day with a total of 3,000 rides till date in an emailed statement.

Tracxn
Tata Sons chairman emeritus Ratan Tata has invested an undisclosed sum in startup data tracker platform Tracxn. The two-year-old company, founded by ex-investors Neha Singh and Abhishek Goyal, previously raised $3.5 million from SAIF Partners in April 2015. In an emailed statement, Tracxn said that it had increased its analyst team size from 25 to 125 in less than 12 months, and that its client base had seen a 400 percent increase over the last one year, with marquee names like Andreessen Horowitz, Sequoia, SoftBank, Google Capital, VMWare, GE, and LG who have subscribed to its service.

My Child App
Founded by three 19-year-olds Harsh Songra, Aafreen Ansari, and Shreya Shrivastava, My Child App, which helps parents track the development of babies, said that it has raised a seed round of $100,000 (roughly Rs. 66 lakhs) led by 500 Startups, and other angel investors.

Just Dakhila
New Delhi-based justdakhila.com, an online platform that connects parents and schools for student admissions, has reportedly secured Rs. 5 crores in seed funding. The startup expects to use the funding to enhance its analytics technology and expand operations, from 750 schools in the Delhi-NCR region to over 5,000 in the next 12 months.

PlanMyMedicalTrip
Pune-based PlanMyMedicalTrip, an online platform for medical tourism and online medical deals, with tie-ups with hospitals in India and Turkey has reportedly raised Rs. 1.25 crores in angel funding from three investors.
[“source-gadgets.ndtv”]