Last week OnePlus pushed out a big update for the recently-launched OnePlus 7 Pro. The significant chunk of the code that has been pushed as part of the update is related to the camera performance of this phone. Since its launch, there has been something weird about the OnePlus 7 Pro camera. At the launch OnePlus said that this phone gets 111 points in DxOMark tests. Irrespective of what you feel about the DxOMark, there is no denying that getting 111 points is no joke. Yet, consumers who have got the phone — and reviewers who have reviewed the OnePlus 7 Pro — have not been that impressed by its camera?

What is the reason between the gap between the high score from DxOMark and the lower-than-expected results from consumers? One big reason could be that DxOMark tests are majorly objective, precise and even scientific whereas what consumers perceive from images is completely subjective. They look good to me, say consumers. Or they don’t look good, say some others. But why is something they don’t dwell on.

The other reason is likely that the camera software that DxOMark used in the OnePlus 7 Pro that they tested is rolling out to consumers only now. It came out last week with update OxygenOS 9.5.7.GM21AA. And this update, from whatever consumers are saying after updating their OnePlus 7 Pro, fixes the phone’s camera in a significant way. It apparently really improves the camera performance of the OnePlus 7 Pro.

Now, in the coming days we will talking about the performance of the OnePlus 7 Pro camera with the new OxygenOS 9.5.7.GM21AA update. But before that let’s talk about how this camera update came about.

Camera performance has become a very important part of a phone. Nowadays phones die and live in the market on the basis of how well their cameras click photos. So, OnePlus is rapidly expanding on how it creates and tests cameras in its phones. The company’s camera testing centre is located in Taipei, Taiwan and in recent months, the company is added a number of people and tools to its teams that work on cameras in its phones. The Taiwan office is headed by Simon Liu. His official title is Head of Image Development Department. Unofficially, it means that Simon is the person you should thank next time you click a brilliant photo with your OnePlus phone.

Simon heads a team of nearly 200 people who are day after day clicking photos, pouring over the results and creating cameras software that is fast and gives consumers the best possible results. The camera software update that OnePlus 7 Pro users are getting right now has been cooked up by Simon’s team.

Enough of them words, though. Recently, OnePlus invited India Today Tech to take a look inside its Taiwan office where the company’s camera lab is located. We went, tried to understand how OnePlus prepares and tests cameras in its phones and clicked some photos. Take a look. 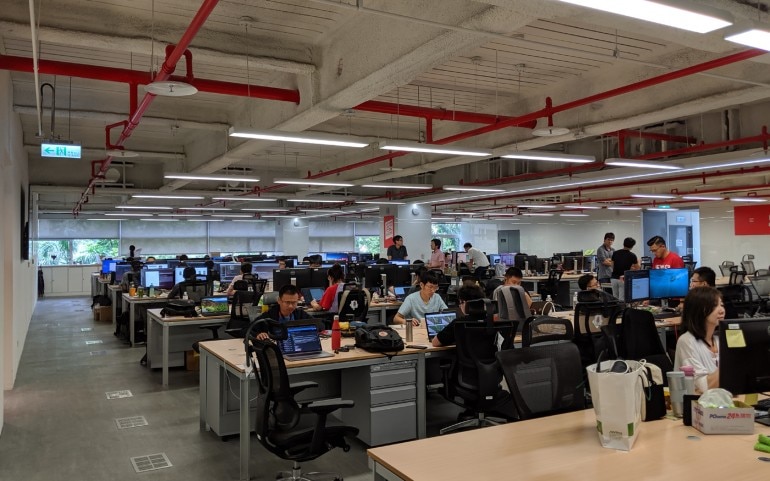 The OnePlus office in Taiwan employees nearly 200 people. The whole office is done in with the red accents, signature colour of OnePlus. Like all tech company offices, there is plenty of coffee snacks here. 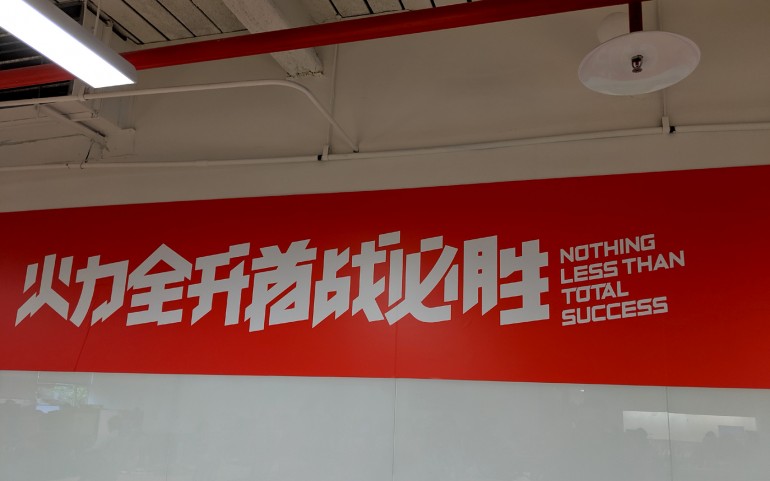 Nothing less than total success. Or another way of saying “Never Settle”. In the camera testing labs OnePlus uses a number of scenes to try out new camera hardware and software. This scene tests how well a camera can manage to capture skin tones and people. Camera software and hardware in OnePlus phones is tested for stability with this machine that opens and closes camera app and clicks photos continuously while monitoring performance. The robotic arm that automates camera tests and can even do comparison shots with up to 4 phones is a new addition to the OnePlus camera lab. In this scene, OnePlus can test colour accuracy as well white balance apart from other key bots that make a photo. The light can be varied inside the scene depending on what OnePlus engineers are testing. Another test scene that measures artefacts, light fallout and other technical parameters that separate a great photo from good. No, this is not a test. But long time OnePlus fan will recognise what it is. It is Una! Inside the office there is an area to rewind. OnePlus employees come here, play a game or two or create Lego art on this wall. 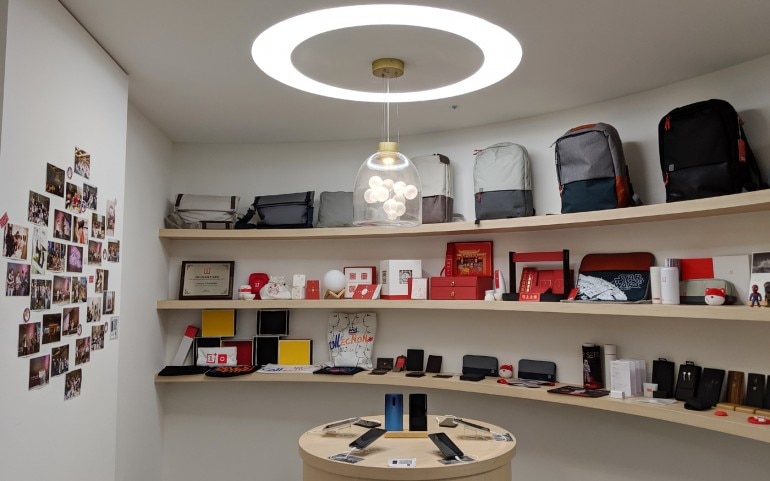 At the entry of the office, there is a showcase of products OnePlus has made in the last 5 years. Many of these have been commercially released, but many have not been.
[“source=indiatoday”]