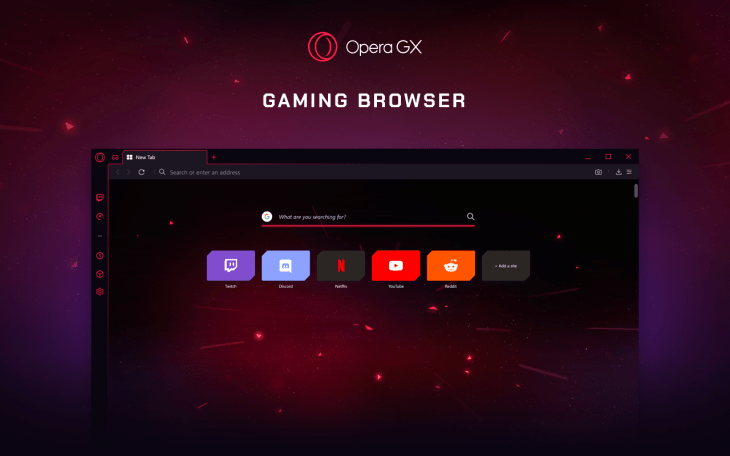 “You’re probably asking, ‘what is a gaming browser?,’ ” Opera  PM Maciej Kocemba says in the opening of the Opera GX introduction video. Fair enough. My first thought when the Norwegian browser company mentioned the concept to me was something akin to Google Stadia, with remote game streaming.

Turns out a gaming browser — in this instance at least — is more about providing a custom browser for PC gamers, rather than a browser that does the heavy lifting for gaming itself. Instead, the system is more interested in minimizing system requirements as gamers game.

The browser’s central feature is the GX Control panel, which lets users determine how much of the system’s CPU and RAM are allotted to the browser. The idea being that gamers can, say, stream content from Twitch  while playing, without slowing their computer to a crawl.

“Running a game might require a lot of effort from your machine. Even more so if you are streaming while you play,” says Kocemba in a release tied to today’s E3 announcement. “Before Opera GX, gamers often shut down their browsers in order to not slow down their gaming experience. We came up with the GX Control feature to make people’s games run more smoothly without requiring them to compromise on what they do on the Web.

The other big piece here is Twitch integration, letting users log in to the service directly from the browser sidebar. They’ll also get notifications when streamers they follow go live. There are various other touches through out, including “sounds and animation inspired by gaming consoles” and other customizable design features.

You probably think this is all pretty gimmicky, and honestly, you’re not really wrong. Those who are interested can check out early access to the browser at E3 this week.