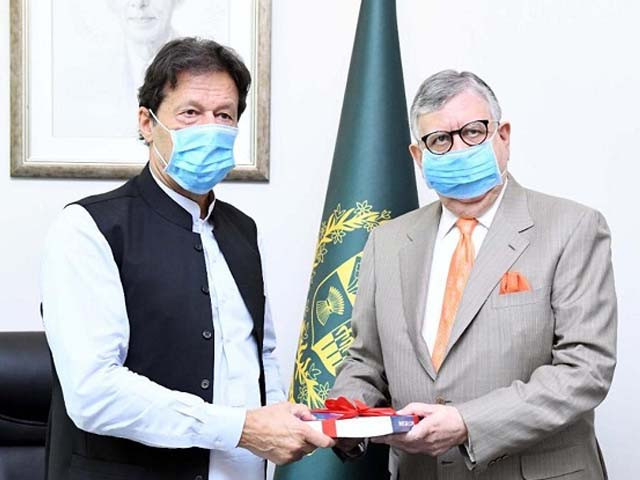 Pakistan has suffered from a trade deficit during this period as imports surged to $40.6 billion in the first half of fiscal year (FY) 2021-2022, while exports ascended to $15.1 billion in the same period. This means that Pakistan’s trade deficit had more than doubled during this time period. However, with remittances of $15.8 billion, the incumbents have managed to curtail the Current Account Deficit (CAD) to under $10 billion for the months of July-December 2021. However, this may not be even remotely close to what the government had envisioned in June.

Hence, the resultant economic fallout has surprised many stakeholders because the fiscal plan was just put together in June 2021 and the platform for potential growth was set. So what exactly went so wrong that it prompted the finance minister to remodel his entire approach to addressing Pakistan’s burgeoning economic woes within a few months?

The urge to beef up growth with an ‘election budget’ appeared to be parochial given the way Pakistan’s economy has historically grown. Data suggests that Pakistanis have a low propensity for saving, and that the consumption needs of Pakistani citizens are largely satisfied by imported products rather than by domestically-produced goods.

The country that was once touted as having the potential to be a self-sufficient agro-based economy is now a net importer of food. Furthermore, Pakistan is reliant on the import of crude oil (Brent) and liquified natural gas (LNG). Pakistan’s disadvantage in this regard is only exacerbated as the price of both of these fuels is surging internationally. Hence, Pakistan will face the brunt of a sizable trade gap and recurring boom-bust cycles until and unless it limits its dependence on these imported commodities. Aiming for high-growth without reforming the country’s growth structure is merely wishful thinking on part of the government.

Additionally, the worsening trade deficit has put the rupee under considerable pressure, and a rise in imports has resulted in sharp price hikes. The monthly consumer price index (CPI) stood at 12.3% for December 2021, with the half-yearly average coming in at just a tad under 10%.

Amidst all of this, the International Monetary Fund (IMF) has handed Pakistan a list of austere actions in order to enact fiscal adjustments, develop a positive policy rate, and increase the State Bank of Pakistan’s (SBP) autonomy. Consequently, the SBP has hiked the interest rate twice to 9.75%, all while the government has legislated on the SBP’s autonomy and presented a supplementary Finance Bill (popularly known as the mini-budget) to address the latter. This puts Pakistan well on track to bag a billion dollar tranche.

Despite finding itself in a spot of bother, the Pakistan Tehreek-e-Insaf (PTI) government managed to sustain the spiralling remittances from the outgoing fiscal year. Along with this, exports have soared to over $15 billion in the first half of FY 21-22, and the country may witness over $30 billion worth of exports for the first time in its history.

PTI is in dire need of reorganising its economic strategy. It needs to strike the right balance between enkindling growth and administering the external account vortex. Paradoxically, the resumption of the IMF programme may well be a blessing in disguise for the well-wishers of the ruling party since it will stabilise the currency as well as the capital and money markets. Furthermore, a possible downturn in global commodities and energy prices in the future may act as an invisible force to help tame inflation.

Prime Minister Imran Khan, Finance Minister Shaukat Tarin, and all those responsible for addressing Pakistan’s financial troubles have an up-hill task ahead of them. While the economic challenges which lie ahead are difficult, they are certainly not insurmountable.