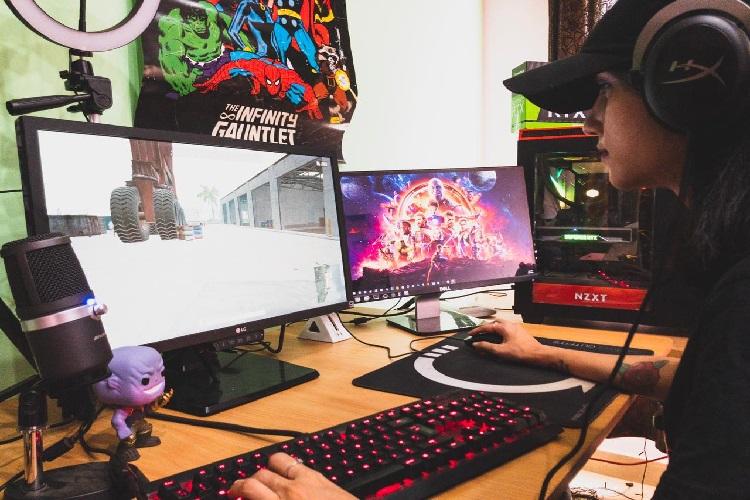 When Shagufta Iqbal decided to quit her IT job in 2017 and become a full-time youtube streamer for PC games like Counter-Strike: Global Offensive, Playersunknown: Battlegrounds and Apex Legends, her mother was apprehensive about the whole idea. Shagufta who goes by the name ‘Xyaa’ began streaming from 2018, a year later this Bengaluru girl now rakes close to a lakh per month through donations and sponsorships by playing games.

“Now I just stream,“ says the gamer who is part of an ever-growing community of gamers who have taken to streaming live on Youtube Games section for the entertainment of their viewers. Xyaa has a modest 57,760 followers on her youtube channel over 4000 followers on Twitch, a game streaming platform.

Lakhs of viewers on Youtube spend hours watching these streamers game for entertainment. The viewers take part in the live messaging board discussing the game, offering tips to the streamer and even clearing doubts about the mechanics of the game. The streamers get paid as they interact and for the cool moves they make while in game.

“I make close to Rs 25,000 to 30,000 a month and am also partnered with gaming organisations who have professional teams. Am their brand ambassador and earn another Rs 40,000 from there,” said Shagufta, who added that the donations are made to support the streamer. “We are providing content or entertainment to the viewers for free so if the viewer likes what the streamer is doing, they want to support them,” she added.

The streamers accept donations through Youtube inbuilt payment system or through digital payment gateways. Most streamers even offer a monthly payment subscription plan to their viewers, giving benefits like preference on the live chat message board and personalized interaction with the streamer.  The monthly payment fee of Rs 159 is set by Youtube and they keep 30% of the fee paid to the streamer.

Xyaa has 60 such members who pay her on a monthly basis.”They pay to support me and to stand out in the chat and to play with me on stream when I do member only games,” said the youtube streamer who had to first exit Youtube and move to Twitch due to harassment by online trolls. She later came to streaming to Youtube, “There are still trolls but the community that supports are more in number than the trolls. There is this girl’s cant game attitude and that I get viewers only because am a girl. There are in fact a lot of other girls who stream but they are Pubg mobile streamers, and not the PC,” she added.

27-year-old Shovith R  who goes by the name Tbonegaming YT and runs a modest community of 169 members who also pay him Rs 159 per month for VIP treatment. Shovith is an employee with an IT firm in Bengaluru and live-streams his games from night 12:30 am to the morning at 4 am with 300 to 400 viewers watching the game at any given point.”I always wanted to get into gaming but first decided to get a proper job, get money, get a PC and then stream. It took me some time,”. This gamer earns a cool Rs 50, 000 to Rs 60,000 per month but says the earnings could fluctuate and is not consistent. 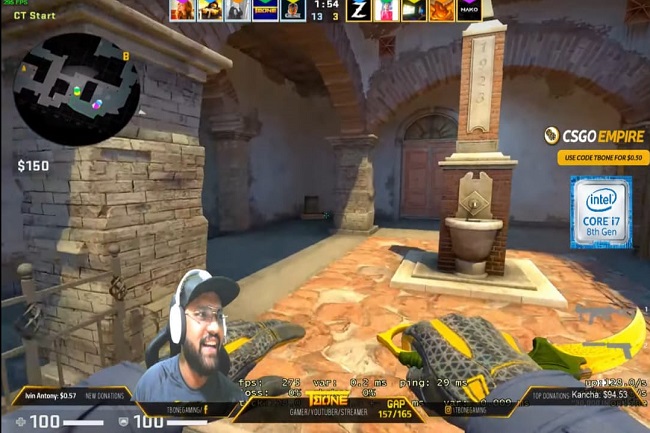 Many of these streamers get hired by Esports gaming companies that organise tournaments. There are very few firms that operate in the gaming sector and even fewer that work with gamers and streamers.

Gaming Monk is an Esports gaming company that pays, grooms and does celebrity management for 40 streamers on YouTube. “We support them with software, technology and how to get more views, we feed them with data that help them decide which game to play, we give them gaming coaches, sign them up with brands and tournaments,” says Abhay Sharma founder of Gaming Monk who further adds that there are two ways one can make money through gaming, by streaming or by becoming a professional Esports player.

“They have turned to the game into entertainment where people like to watch other people play for entertainment. Donations for a high-end streamer could go up to Rs 1.5 lakh. The brands pay the streamer depending on the followers, someone with over a million followers could earn close to Rs 6 lakh a month,” added Abhay who credited the rise of streamers from India to PubG Mobile, the mobile version of the PC game.

“The game has activated a lot of gamers in the T2 and T3 cities and once they enter the world of gaming they would look to increase and better their experience, they would look for better PCs, consoles,” said Abhay. Gaming Monk offers a cash prize for their free to enter tournaments and attract a large crowd of players from T2 and T# cities.

A quick scan on Youtube Games section showed streaming of games has also gone vernacular.  Streaming like KTX Telugu Gamer and Maxmin gaming cater to a Telugu audience while a few others like Tamilan J – Gaming, CaptainKrissLIVE and You TECH tamil – யு டெக் தமிழ் cater to a Tamil audience.

“The fan following of the streamers are from T2 cities mostly, it starts as an urban trend but we have seen a response from T2 and T3 cities like never before,” says Abhay, “Many of them have taken to streaming, those who participate in the tournaments are also now from these smaller cities and towns,” he added.

All the excitement in the gaming sector is yet to translate into big investments though.“It’s not big money yet like in other countries as investors here have had bitter experiences with esports organisers in the past. There is a lot of fluctuation in the gaming industry on which game is trending and when and so we don’t build a community around a game but around the people,” added Abhay.