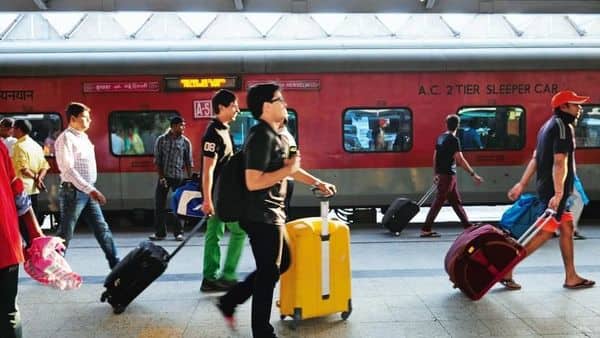 Indian Railways in an effort to improve the overall security of the passengers travelling in the trains has decided to install smart cameras in its premises.

Railways has said in a statement that it has begun the process of installing Internet Protocol (IP) based Video Surveillance System (VSS) at stations, that is, waiting halls, reservation counters, parking areas, main entrance/ exit, platforms, foot over bridges, booking offices etc.

Railways has entrusted RailTel, a Miniratna PSU under Ministry of Railways with the work of providing IP based VSS with video analytics and facial recognition system. To have a better coverage and clearer image, four types of Full HD Cameras – Dome type (for indoor areas), Bullet type (for platforms), Pan Tilt Zoom type (for parking areas) and Ultra HD- 4k cameras (for crucial locations) are being provided.

CCTV camera live feeds are displayed on multiple screens at the Railway Protection Force (RPF) control room for monitoring. Each HD camera at the station consumes approximately 1TB of data and 4k camera consumes 4 TB data per month. The recording of the video feeds from CCTV cameras will be stored for 30 days for playback, post event analysis and for investigation purposes. Important videos can be stored for longer duration.

Talking about the project of providing Video Surveillance System, Shri Puneet Chawla, Chairman and Managing Director, RailTel said that in the first phase, VSS is being installed at 200 stations Pan India and as on date work has been completed at 81 stations across India. The Video Surveillance System will be extended to other stations and coaches soon. The work is being done utilizing the Nirbhaya fund for ensuring better safety for women.

In phase-I that is targeted for this year, South Western Railway (SWR) has recently commissioned Video Surveillance system (CCTV) at 6 major stations – Ballari by providing 33 Cameras, Belagavi with 36 Cameras, Vasco-Da Gama with 36 Cameras, Bengaluru Cantt with 21 Cameras, Bangarpet with 36 Cameras, Hassan with 36 Camera and at 3 Stations at Hassan, Shivamogga Town & Sathya Sai Prasanthi Nilayam, work is under progress and will be commissioned shortly. Integrated security systems comprising CCTV have already been installed at 11 stations including Bengaluru with 71 Cameras, Yesvantpur with 35 Cameras, and Mysuru with 34 Cameras. With this SWR has functional CCTV at 17 locations and will complete the work in Phase-I by having CCTV functional at total 20 railway stations by end of January 2020. Security personnel can monitor these cameras not only from station control rooms but also from Central Security Control Rooms located at Divisional HQ, i.e, Hubballi, Mysuru and Bengaluru.