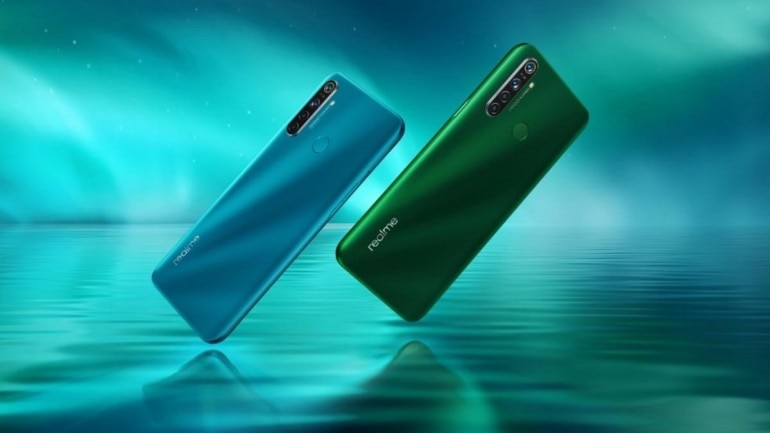 Chinese phone maker Realme is among the top phone makers in the country, and it has majorly managed to do so because of its value for money smartphones below the sub-10k price bracket. And now, the company has added to the list a new smartphone, the Realme 5i.

The Realme 5i has been launched as the first smartphone in India by the company in 2020. The phone brings with it impressive specs at a competitive price. However, the biggest highlight of the device is definitely the massive 5,000mAh battery and the 6.52-inch HD+ display with a waterdrop notch.

Storage: Only 64GB storage variant that can be expanded using a MicroSD card.

Front cameras: An 8-megapixel camera in a waterdrop notch for clicking selfies.

Operating System: Realme 5i runs on Android 9.0 with ColorOS 6.1 operating system and will be upgraded to run Android 10 with ColorOS 7 update by May 2020.

The new smartphone from realme brings with it a number of interesting features. However, one of the most interesting is its new design — the sunrise design that is inspired by the first rays of the sun. In India, Realme has chosen to make the phone available only in a single 4GB+64GB variant that packs a massive 5000 mAh battery with reverse charging capabilities.

For the price, there’s also a powerful processor on-board, the Qualcomm Snapdragon 665 AIE. The chipset is built using an 11nm process and operates at a clock speed of 2.0GHz, with a 20 per cent upturn in graphics performance over the previous generation chipsets.

The phone also promises above par photography performance with its quad-camera set-up.

The phone has been announced in a single variant. The price of the variant starts at Rs 8,999 and brings with it 4GB+64GB of RAM and storage. The device will be available in Blue and Green colour options. The phone will go sale starting January 15 and will be available exclusively via Flipkart at 12pm on the day.