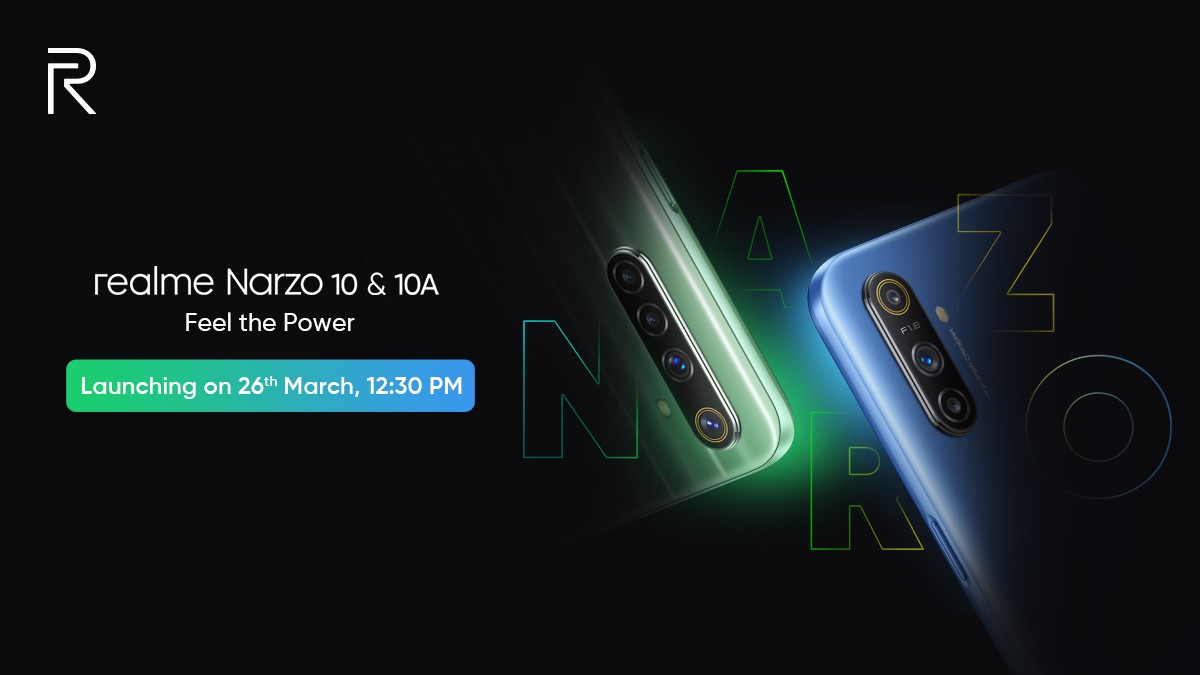 Realme confirmed its new Narzo series a day ago, and now the company has revealed that the Narzo 10 and Narzo 10A phones will be launched on March 26 in India. This new series is aimed at ‘Generation Z’, and the company has updated its promotional page to include more information about the two devices. The Realme Narzo 10 is seen to sport a quad camera setup at the back with a striped patterned back, while the Realme Narzo 10A is seen to sport a triple rear camera setup and a plain glossy back panel. The two phones are teased to pack 5,000mAh batteries as well.

The company is slated to launch the Realme Narzo 10, and Realme Narzo 10A phones at 12.30pm IST on March 26 in India. Realme’s updated its promotional page to include launch information, and it also shared renders and key specifications of the two phones. Apart from the 5,000mAh battery, the page also confirms that the two phones will sport a 6.5-inch large display with 89.8 percent screen-to-body ratio and a waterdrop-style notch to house the front camera setup. We expect Realme to unleash more information about the two phones in the coming days.

Going by the revealed specifications and renders, the Realme Narzo 10 seems to be the rebranded version of the Realme 6i. The Realme 6i was launched in Myanmar a few days ago, and this model also sports a quad camera setup and a 5,000mAh battery. More importantly, the design language of the phone is eerily similar, with its striped pattern and rear camera placements.

Separately, the Realme Narzo 10A seems to be the rebranded version of the Realme C3 Thailand variant launched last month. The Thailand model is different than the India model, as it sports a triple rear camera setup and a rear fingerprint sensor. This Thailand variant could launch in India as the Realme Narzo 10A. Of course, this is pure speculation from our end, and confirmed details will be unveiled at the event on March 26.