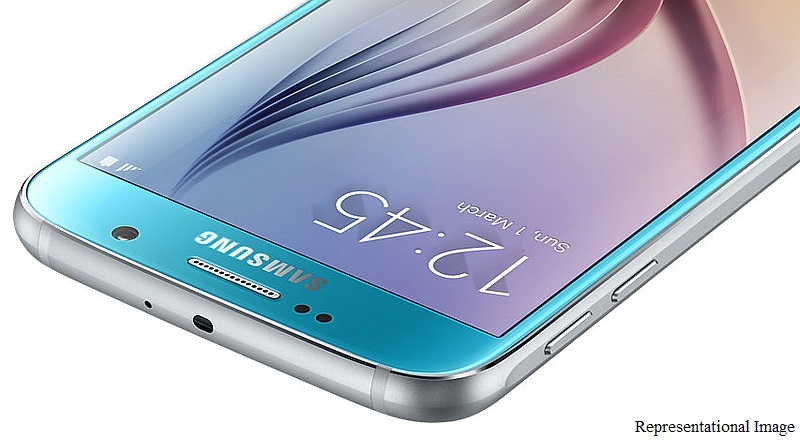 Days ahead of Samsung’s pre-MWC 2016 event, the company’s two anticipated flagship models – the Galaxy S7 and the Galaxy S7 Edge – have leaked in live images for the first time. Other details including their prices have also been tipped.

As per a leaked live image shared by Reviewdao, a Vietnamese website (via GSMArena), the 32GB variant of the Samsung Galaxy S7 is seen featuring a curved glass back panel, which is in line with the previous rumours. The camera bump still exists but is not as protruding as the one seen on the Galaxy S6. A metal frame is also visible along the sides.

Also mentioned is that the Exynos 8890 version of the Galaxy S7 will be 15 percent more powerful than the Qualcomm Snapdragon 820 SoC variant, both in terms of CPU and GPU. Furthermore, the handset in question is said to be water resistant and can charge from 0 to 80 percent in 30 minutes. The website adds the Galaxy S7 to house a 12-megapixel Britecell rear camera with f/1.7 aperture. 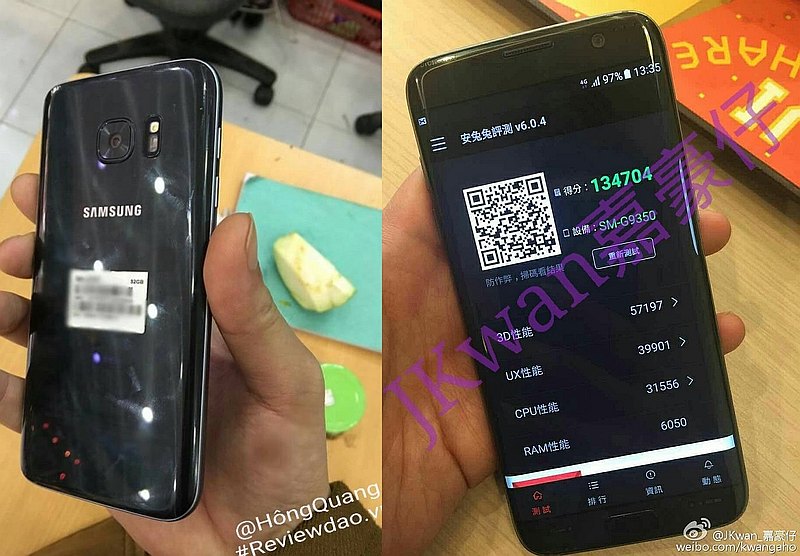 In a separate leak, the Samsung Galaxy S7 Edge has also shown up in the first live leaked image, which reveals the smartphone’s curved display as one would expect. The display shows the AnTuTu benchmark result – 134704, which cements the authenticity of the leak to some extent. The results also show the smartphone model number as SM-G9350 (last digit denoting the area it will be sold in). Nothing else has been mentioned in the leak posted by French website Nowhereelse.

Finally, according to a trademark application filed by Samsung last week, both the Galaxy S7 and the Galaxy S7 Edge might feature something called Always On Display. This corroborates a report from January. Although Samsung is yet to explain how it will make use of the feature, it is speculated that the Always On Display will display notifications and other glance-worthy information.