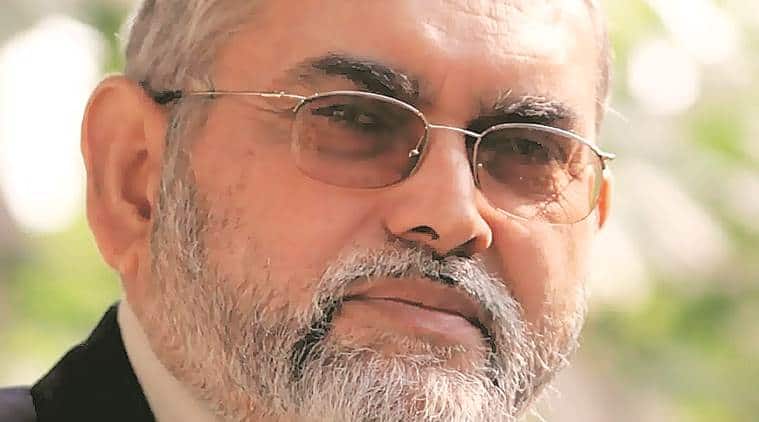 Delhi Minorities Commission chairman Zafarul Islam Khan said he has submitted his laptop to police, a day after the Special Cell of the Delhi Police sent him a notice under CrPC section 91.

Delhi Police has invoked charges of sedition against Khan.

An FIR was filed against him on the basis of a complaint made by a doctor, who claimed that a social media post by Khan was “provocative that intends to cause disharmony and create a rift in the society”.

“I received a notice from the Delhi Police on Saturday asking me to submit my device used while tweeting and for a Facebook post. I submitted my laptop to the police today. But I have said in writing that I am doing it under duress, because there is no record of tweet or social media posts in the device itself and it is online only. Also, I don’t understand why they wanted my device because I have accepted that I wrote the tweet and still stand by it,” said Khan.

He told The Indian Express that police personnel visited his house to deliver the notice Saturday.

A senior police officer said, “Khan was asked to produce his mobile, laptop, etc as he has been sent a notice under section 91 of the CrPC.”

In the social media post dated April 28, Khan had thanked Kuwait for “standing with Indian Muslims”.

He had also written that if “Indian Muslims” are “pushed” to “complain to the Arab and Muslim world about hate campaigns and lynchings and riots”, the “bigots will face an avalanche.”

He rejected suggestions that his post hinted towards violence and said he made the post in the context of the reaction from the Arab world, including the Organisation of Islamic Conference, speaking against the “persecution of Indian Muslims”.

He also said the charges of sedition raised against him in the FIR filed by the Delhi Police would not stand in a court of law.