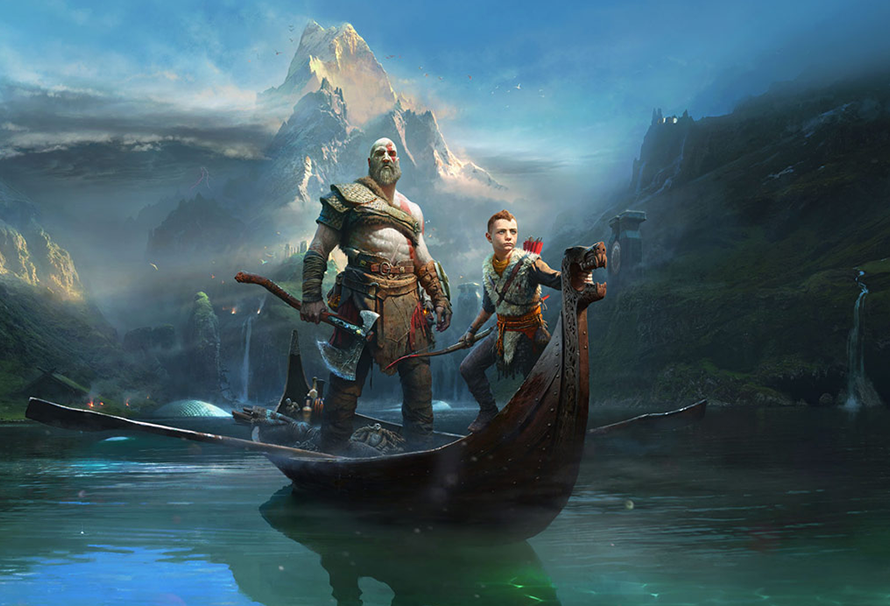 Picking a favourite video game can be akin to picking a favourite child. So when we asked the Green Team to pick their favourite game, there was a bit of grumbling. After all, there are so many phenomenal games out there that shaped our childhoods, got us through difficult times, or simply just fill us with joy every time we play. But we did manage it, so read on for our favourite games of all time!

Whilst many games play better, no game “feels” better where it counts; for sense of place, for depth of plot, and for sheer worldbuilding. It’s a world that feels like home – eternally hostile but utterly rich in flavour. From the chitinous homes of Ald’ruhn to the wide cantons of Vivec, it’s a place I’ll never tire of existing in.

Combine that with a plot that asks serious questions about colonialism, racism, slavery, religion, truth, prophecy, and cultural relativism – Morrowind is definitely one of my favourites game of all time. And long may it remain so.

Final Fantasy VII was the first game I got as a kid, and nothing has been able to capture the wonder and excitement I felt when I first played it. There’s a reason that this game is pretty much the most beloved game in the Final Fantasy franchise, and why people were clamouring for the remake…simply that it’s fantastic! The environment is incredibly immersive, and the characters are well fleshed out and make you care about them. But the story is where this game really excels – a great plot with so many twists and turns to keep you guessing.

Final Fantasy VII was the first 3D game in the Final Fantasy series and, for the time, the graphics were pretty groundbreaking – particularly the combat animations. The remake was just the icing on the cake – this brilliant game brought right up to date with stunning visuals. The only issue is waiting for the next instalment – pre-order fingers at the ready!

I bought Rockstar’s “GTA in a school” game before ever playing Grand Theft Auto, and fell in love with it. Originally titled “Canis Canem Edit” (which is Latin for “Dog Eat Dog”), it was one of my first forays into open-world gaming and I’ve never looked back! You play as 15-year-old Jimmy as he navigates his way through being the new boy at a private boarding school. One of the main objectives is to gain control of each of the school’s factions – Nerds, Bullies, Preppies, Greasers and Jocks – plus the world’s Townies – so you can take your rightful place and reign supreme as top dog.

The gameplay is very similar to that of GTA, with a slingshot replacing guns and a world in which your choices impact how you’re perceived by fellow students. Collectibles are plentiful but not irritating, and the mini games are surprisingly fun. But the best bit about Bully is the variety of different missions you get; from sneaking past teachers, to bike races, to a spot of graffiti, to your run-of-the-mill fetch quests. If you’re a GTA fan, this is a mega-fun alternative. It wasn’t a difficult decision at all to name this one of my favourite games of all time.

Put simply, God of War is a game with incredible visuals that’s all sorts of fun to play. Its world sucks you in, whether you’re solving puzzles, dispatching mythological beasts or just running around and exploring. Everywhere you go there’s a new quest, making this easily 50+ hours of gameplay. The characters are also incredible, with a roster of monsters including dragons, trolls and valkyries to battle. Factor in Norse lore – with mentions of gods such as Odin and Thor, and an appearance by Baldur – and you have a game which is rich with content, all wrapped up in a phenomenal environment.

Overall, this is a must-play for all fantasy RPG fans; it’s right up there with the most beloved in this genre, like Skyrim or The Witcher 3: Wild Hunt. A near-perfect game – just stunning.

Sci-Fi games are my favourite genre, and I have really good memories of playing the original Mass Effect games. The Mass Effect Trilogy brought all three games together into one handy package, but where this made my favourite games list was with the release of the Legendary Edition.

This remastered version has brought Mass Effect, Mass Effect 2 and Mass Effect 3 up to date for the latest generation of PCs and consoles, with graphics that were already pretty awesome now looking even more spectacular. It means that I can relive all the fun of the original games but with better visuals and improved gameplay. Not only that, but virtually all the DLC is included in the Legendary Edition, giving the games easily 100+ hours of content. It’s fantastic value for money!