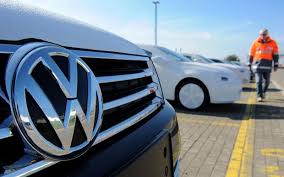 Volkswagen cars in India have been found exceed permitted emission levels by nine times, said Union Heavy Industries Minister Anant Geete. The country’s road transport ministry has thus been requested to take mandatory action against the German carmaker.Geete said, “We’ve informed the transport ministry about the factual position and have referred the matter to it, saying they (VW) have violated the norms, and (it should) take action as per law.”

After the VW emissions scandal first unraveled in US and Europe, India’s Heavy Industries Ministry had also directed ARAI (Automotive Research Authority of India) to conduct tests since about 3.24 lakh Volkswagen cars ply on Indian roads.

While VW cars met prescribed emission level requirement under ARAI tests at factories, on-road tests revealed that the emission levels were indeed in excess of nine times. Geete said Volkswagen has been informed about the findings and that it plans to recall all the 3.24 lakh cars in India.

He further added, “Emission violation is happening on the road and not in the lab. They’ve accepted that they’ve put such a device on the car. They have said they want to call back all the cars.”

Interestingly, the German carmaker continues to maintain that its cars in India have not been fitted with any defeat device since they comply with BS IV emission norms.