This World Photography Day, it’s frankly difficult to imagine a world where capturing moments in frozen frames would be a rarity. In fact, photography is so taken for granted that even our cellular phones will soon have image sensors that pack in more than a staggering 100 million pixels. Yet, only two decades ago, a bulky, professional single lens reflex camera featured a crop-format sensor that could produce peak output resolution of 2.7 megapixels (we’re talking about the Nikon D1, of course). However, even before that, came cameras that laid the very founding principles of camera, imaging and photography as we know it today. After 131 years down the line since the first commercial, mainstream camera rolled off the shelves, we take a look back at the most iconic cameras that have made photography what the art is, today.

There are way too many emotions attached with the Kodak, which happens to be the world’s very first commercial camera that could be easily owned and operated by anyone willing to shell out $25 to the Eastman Dry Plate & Film Co. of Rochester, in New York. For reference, the sum of $25 back then was not altogether inexpensive — adjusted for inflation, it stands at around $675 (~Rs 48,000) in the present day. That’s about the same as a modern, swanky Canon M50. 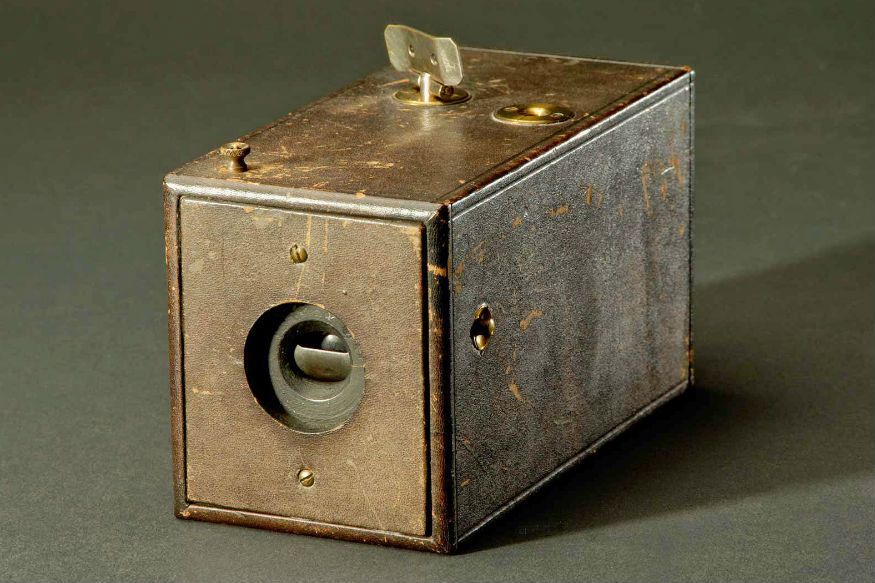 In many ways, Eastman of Rochester was the world’s first mainstream camera retailer, and the Kodak, the world’s first point and shoot camera. It had a manual, pull cord-operated shutter that offered exposure time of about 1/25″, was pre-loaded with 100 exposure plates (or rollfilm), and only had two engravings that gave you a rough idea of your focal area — no viewfinder trickery here. Once you ran out of the pre-loaded film that the camera was shipped with, you were required to ship the camera back to New York from wherever you were, along with a $10 note. Eastman would then ship your camera back with another 100 exposures, and circular prints from whichever negatives were good for developing. In equation, that’s Rs 100 of today’s money spent for every single photograph.

Needless to say, romance around The Kodak is unique, and in very many ways, the entire world of photography owes its origin to this masterpiece.

Anyone that dabbles in photography would forever wish to someday lay their hands on, or at least see, the Leica I, also known as Leica Model A. Despite not being the world’s first 35mm camera, the Model A did two things — one, establish how a camera looks, feels and operates (something that is still in use), and two, cement Leica’s stature in photography folklore. It featured variable shutter speed adjustment, a collapsible 4-element 50mm f/3.5 Elmar lens, blank- and double-exposure preventer, winding film counter, an optical viewfinder and a supremely ergonomic body — all cutting edge technologies for its time. It also created the iconic bottom-loading baseplate design that Leica’s M-system flagship cameras come with, even today. Despite having released 94 years ago, the world continues to take cues when it comes to making a camera. That, is saying something. The Model 95 was nothing short of being a luxury equipment, and created Polaroid’s market of instant print photography the way we know it today. It came with a patented diffusion transfer process for its film roll, which was advertised with a “pictures in a minute” catchphrase. The technology was complicated, but the magic results were such that it became a rage — so much so that it remained in active production for 13 straight years. That’s a feat, even when considering the long life spans of cameras. The camera featured its own luminance calibration, and came with shutter speeds of 1/8″ to 1/160″, and the 135mm triplet lens produced apertures of f/11 to f/45. Apart from engineering restrictions of its time, the Polaroid Model 95 is much worshipped even today. Just as the Model A created bits of the industry that remained in use forever, the Leica M3 is the flagbearer of technology and innovation that gave the M-system such a lofty, venerable reputation in today’s world. Its biggest achievements include precision-control dual-release mechanical film winder (used by all SLR cameras since), 0.92x optical range with parallax error-compensating framelines, the famous M-type bayonet mount, hinge-opening rear for film loading and camera cleaning, individual rangefinder and viewfinder, frame selection guides that were illuminated on the inside, ultra-quiet shutter that went all the way up to 1/1000″, and probably even more. Each of these elements have trickled down to technologies in digital SLRs today, which we take for granted. The Leica M3 is frankly the flagship of all flagships, and one that gave the world an idea of complexity that makes a camera what it should be like.

A fantastic, intricate and artistic piece of machinery, the Olympus OM-1 is what created the craze for compact SLRs, and set precedent that was mirrored closely by the transition of compact DSLRs and mirrorless cameras of today. Even more remarkable was the fact that it was a full-featured camera — producing full-frame shots, a cloth focal-plane shutter, lens- and cell-metering, electronic motor and winder, a fixed pentaprism with interchangable viewing planes, assisted mirror lock-up, and compatible with a massive array of lenses. Then came its durability, looks and sheer shine — the Olympus OM-1 rightly catapulted the brand to stardom, establishing its reputation as makers of incredible optical equipment. The OM-1 is a masterclass in compact, professional camera layouts, and remained largely unrivalled even as fellow camera makers began copying their ideas. 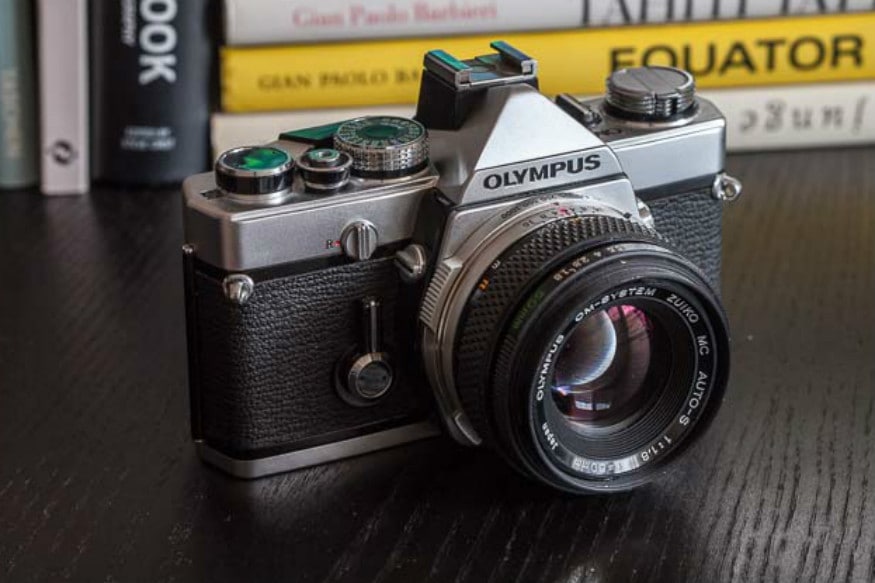 Credited with inventing the Nikon F-mount of lenses — a technology that has remained largely unchanged for a staggering six decades. It was also a trendsetter in terms of the feature set of a full-frame camera.

The first flagship digital SLR (DSLR) camera from Nikon featured a 2.7-megapixel charged coupled device (CCD) sensor, and established compatibility with the NTSC colour gamut, the advantages of a fast autofocus module, 256-segment matrix metering, up to 1/16,000″ shutter speed, and so on.

The creator of the common, mainstream DSLR that pretty much burst open the industry, and rightly named ‘Rebel’. It featured a 6-megapixel CMOS APS-C crop sensor, a 1.8-inch LCD colour display to the rear, seven-zone autofocus, and a body shape that has endured for over 15 years now. Despite its flaws, there’s no denying what it contributed to the industry that exists today.