When the 50th anniversary of the Apollo 11 moon landing passed by on 29 July this year, Rosa Furneaux a journalist at Mother Jones tweeted a thread on cameras and pictures taken in space. There’s a wealth of information to be found in the thread and it’s most certainly worth taking the time out to scroll through it.

Long before the Apollo 11 mission went up and Neil Armstrong and Buzz Aldrin took all those iconic images on the moon, astronauts had already started taking pictures in space. Project Mercury started in 1958 with a goal of sending a single man to space and then getting him back safely (read: without blowing him up). They succeeded because four years later, in 1962, Walter Schirra, one of the Original Seven Mercury astronauts, went to space and flew six orbits around the Earth. In all that time, he carried with him the first camera to space, his Hasselblad 500C.

The pictures from the Hasselblad were mind-blowing. This is the first time a human being, an astronaut, took an image, of the Earth from space – we’ve taken images from space as far back as 1946, when the US launched a camera aboard a captured German V2 rocket. 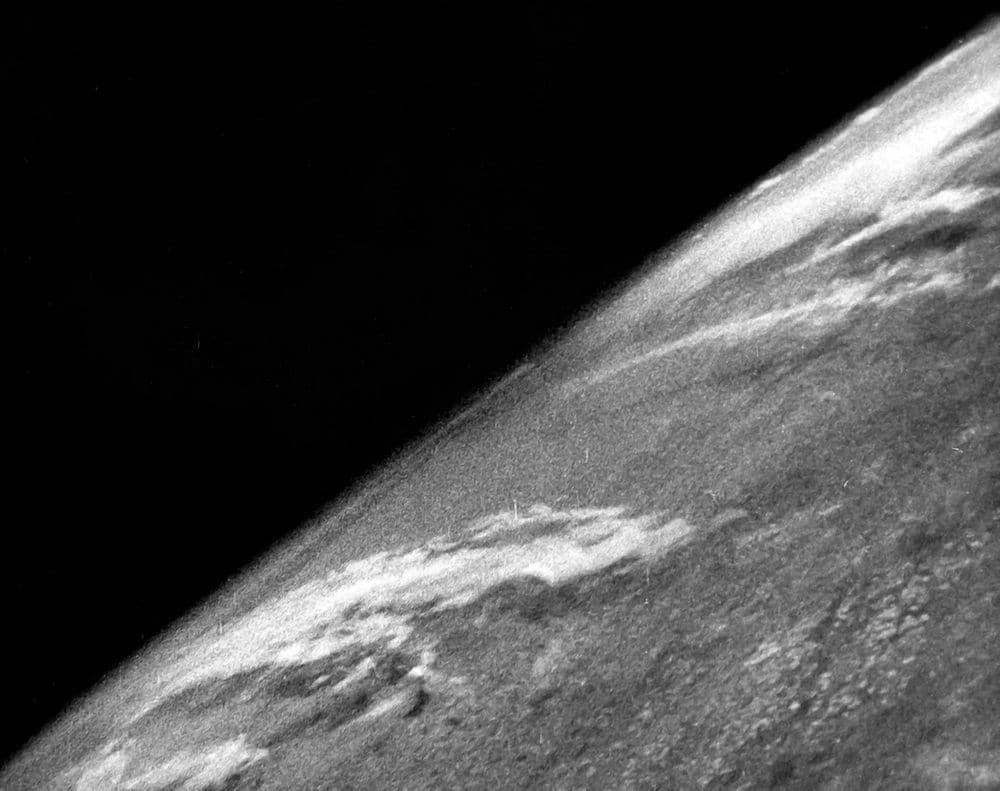 After the image from Schirra’s camera, NASA’s photo department got a boost. Hasselblad even began to specially build cameras that were made for space. 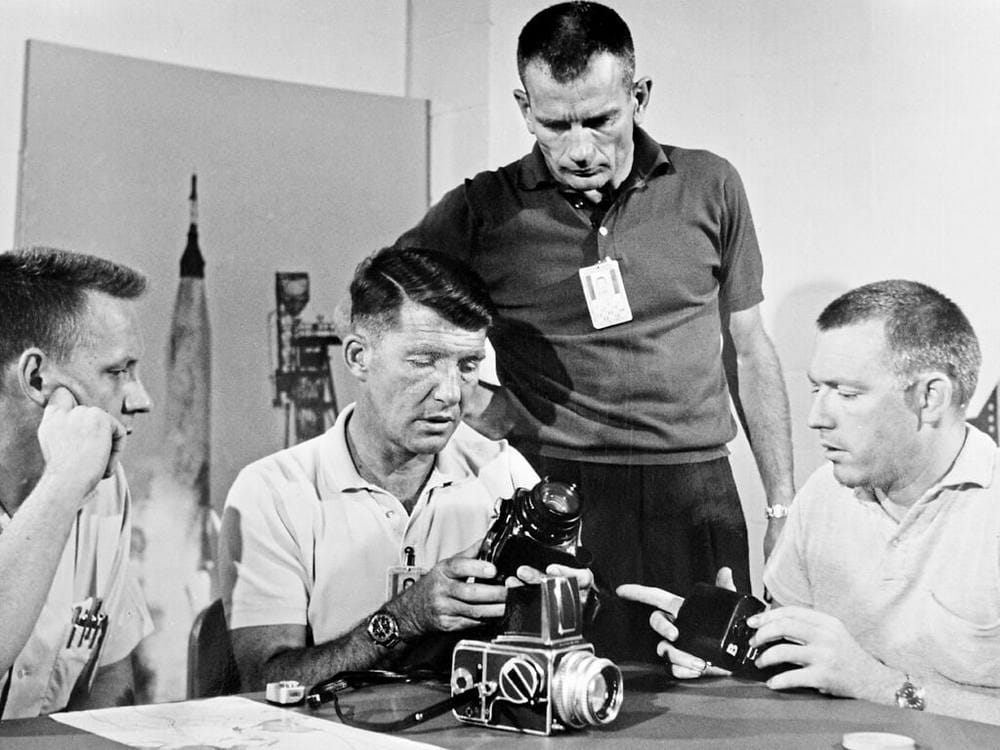 While they went on a spacewalk Astronauts James A. McDivitt takes a picture during a spacewalk over New Mexico in the Gemini 4. Image credit: NASA

Inside the spacecraft of their cockpits Astronaut Tom Stafford in the cockpit during the Gemini mission. Image credit: NASA

Hanging out of their spacecraft Buzz Aldrin performs an EVA during the Gemini XII mission. The Agena Target Vehicle is visible in the background. Image credit: NASA

Of the Arabian Peninsula The Arabian Peninsula captured by astronauts on board the Gemini 4. Image credit: NASA

Of India and Sri Lanka 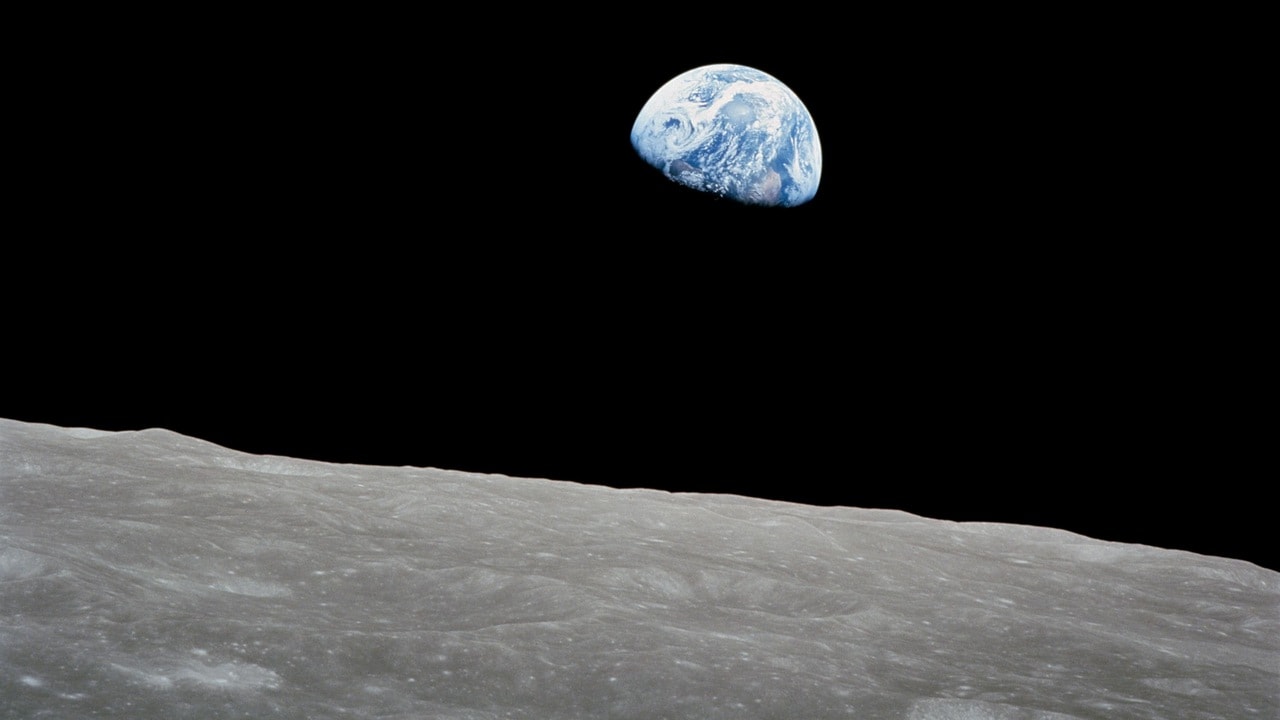 The Earth rise as seen from the Apollo 8. Image credit: NASA

The Apollo missions had begun in 1961 in preparation for the first crewed landing on the moon. Along with all the other vital training given to astronauts, NASA also trained the three astronauts, Neil Armstrong, Buzz Aldrin and Michael Collins, on the art of taking pictures. There were two high-powered cameras, one silver Hasselblad Data Camera (HDC) and one black Hasselblad Electric Camera (HEC), onboard the Apollo 11. Buzz Aldrin poses for the most famous other-world portrait of all time. Image credit: NASA

According to Reuters, the three of them were encouraged to take the cameras with them on family vacations to familiarize themselves with the equipment. The HDC was attached to Armstrong and all he had to do was turn his body in the direction that he wanted to click, adjust the settings if necessary, and pull a trigger. The camera was filled with a Réseau plate, which is the reason for all the little crosses that are on his pictures. They helped the scientists calculate the distances. Astronaut Edwin Aldrin stands next to the lunar module and poses for a photograph beside the deployed US flag. Image: NASA

Since Armstrong had the camera, all the images, during the two and a half hours they were on the moon, are of Aldrin. While many of the images were planned beforehand, some images were taken organically by Armstrong. 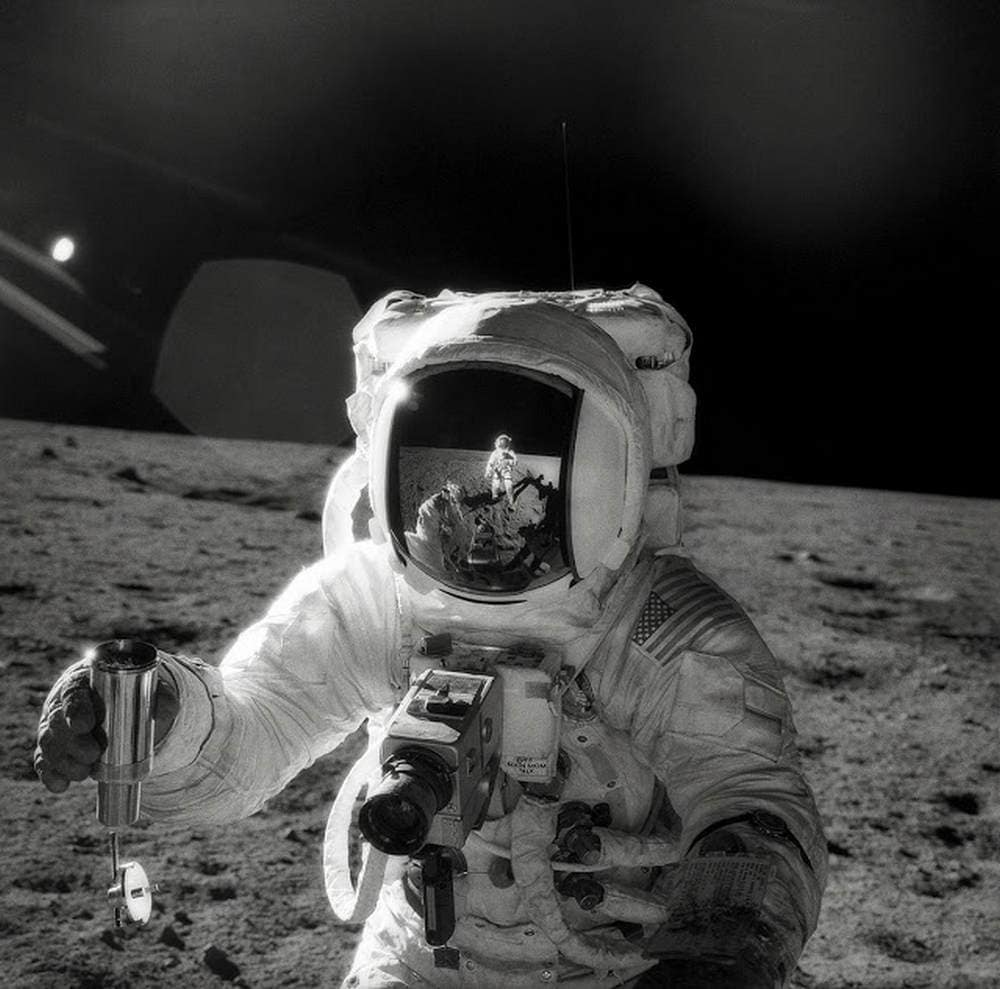 From all the things that could be learnt from this moon mission, the addition of personalized armbands on the spacesuits of NASA’s astronauts is most the simplistic and logical. The NASA staff could not make out the difference between the two astronauts while in their suits.