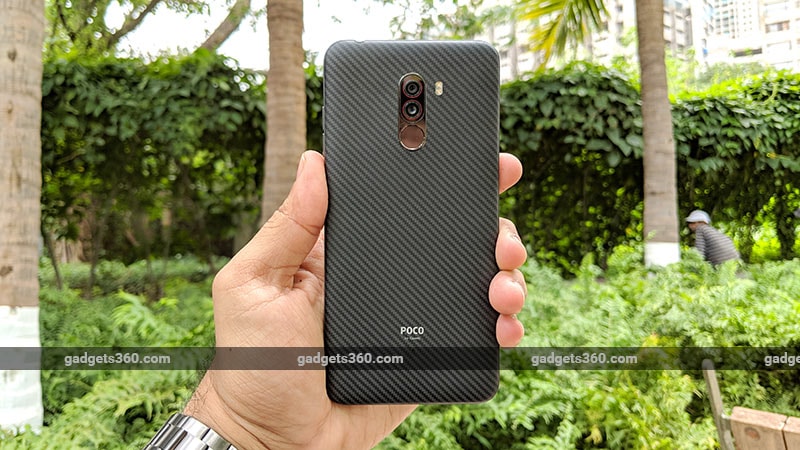 Xiaomi’s new sub-brand Poco has released the kernel source code for the Poco F1 handset via GitHub. The release of the source code will come as good news for developers and enthusiasts who want to flash custom ROMs on their Poco F1 handsets. Xiaomi’s latest affordable smartphone in India was launched earlier this month and went on sale for the first time on Wednesday. Thanks to its price in India and premium specifications, the Poco F1 is taking on the likes of OnePlus 6 in the country. Meanwhile, Poco has announced that the smartphone ran out of stock within a few minutes, selling over 1 lakh units in less than five minutes. Also, the Poco F1 will now be available on sale on Flipkart on September 5.

Jai Mani, Xiaomi’s Lead Product Manager who is leading the Poco brand, during the launch of Poco F1 announced that the company will release the kernel source code for the smartphone, to encourage custom ROM development. Upholding that promise, Mani on Wednesday tweeted that Xiaomi has released the kernel source code for the Poco F1. Now, it is available on GitHub and developers can build custom ROMs for the smartphone. Those who like to tinker with their handsets can also unlock the Poco F1 bootloader without losing support from the company.

Mani, in his tweet, also noted that the kernel source code branch is the same for three of Xiaomi’s smartphones – Xiaomi Mi 8, Xiaomi Mi 8 Explorer Edition, and the Poco F1. It is worth noting that Poco F1 ships with MIUI 9.6 out-of-the-box based on Android 8.1 Oreo, and an MIUI 10 update is said to be coming soon. The phone is using a customised version of MIUI for the Poco F1, called MIUI for Poco. Poco had already outlined a series of changes that it has made to Xiaomi’s MIUI.

Coming to the first sale, Xiaomi has informed that it sold over 1 lakh Poco F1 units within five minutes of the sale going live. It said that more than 300 Poco F1 units were bought every second during the sale before it went out of stock. Poco India, in a tweet, claimed that the brand generated Rs. 200 crores in less than five minutes, making it the “biggest and fastest” flagship sale ever on Flipkart. As mentioned, the smartphone will go on sale in India next Wednesday.

Xiaomi Poco F1 looks great value for the price, but is there a catch? We discussed this on Orbital, our weekly technology podcast, which you can subscribe to via Apple Podcasts or RSS, download the episode, or just hit the play button below.